Akshay Kumar shares a warm bond with his mother, Aruna Bhatia. Recently, he spent time with her managing his tight work schedules. Checkout the lovely video of their London stroll!

Our parents spend all their lives in bringing us up and once we are out in open, fighting for our existence and going mad in the rat race of the world, we forget to spend some quality time with them. “We are so busy growing up, we often forget they are also growing old” - you might have read this idiom many a time, but have you ever tried to ponder over it, even for once? We get so much indulged in our own cocoons that we lose sight of the fact that our parents are also growing old.

Bollywood’s khiladi reminded everyone of the same by doing something really special for his mom, Aruna Bhatia. In his latest post, Akshay stressed on the fact that time is fleeting, and everyone of us should spend some quality time with their respective ageing kin. Akshay Kumar took to his official Instagram account and shared a lovely video wherein he can be seen spending some maa-beta time in London. (Also Read: Malaika Arora 'Feels Like Floating' On Her Vacation With Arjun Kapoor, Shares Lovely Pictures)

When Akshay Kumar's Mother, Aruna Bhatia Recalled How He Handled Things After His Father's Death

Akshay Kumar's Mother, Aruna Bhatia Passes Away, He Pens An Emotional Note On His Unbearable Loss 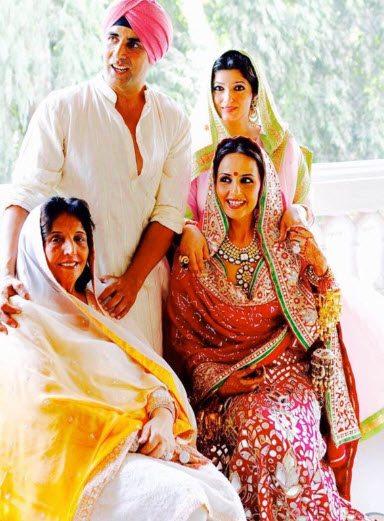 In the video, we can see, Akshay walking alongside his mommy, who can be seen sitting in an electronic walker whilst her doting son helps her do so. Not only the video that spoke a lot about their relationship, what also made everyone hold their breath was the lovely caption, which was worded as, "Juggled shoot to spend a few days with mom in London. No matter how busy you are with life and growing up, don’t forget they are also growing old. So, spend time with them while you still can.” Here’s the video for you:

As soon as he had posted the video, Akshay was showered with so many praises from all his friends. Himansh Kohli wrote, “How sweet!! Very well said, Sir! They only want time & love from us”, Karanvir Bohra penned, “Well said Akki sir”, and Divya Khosla Kumar was in awe of his gesture towards his mother and left flower emojis as her comment. Akshay’s wife and Aruna ji’s bahu, Twinkle Khanna was short of words and left a kiss emoji. Checkout: 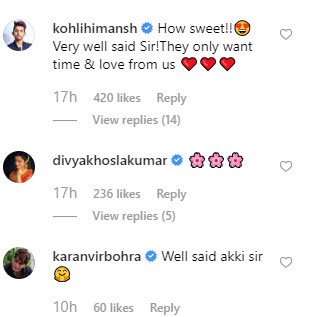 Just a few days back, on August 20, 2019, Akshay Kumar had taken to his Instagram account and had shared a ‘blast from the past’ kind of snap. In the picture, a grown-up Akshay can be seen sitting on a bicycle and the caption had revealed how his mother always ensured about his healthy eating. Akshay had written, “Growing up I was always inclined towards sports and my mother would ensure I got nutritious home-cooked meals to fuel my passion.” (Do Read: Priyanka Chopra Jonas' Photoshopped Image For Nick Jonas Is Melting Our Hearts [Pics]) 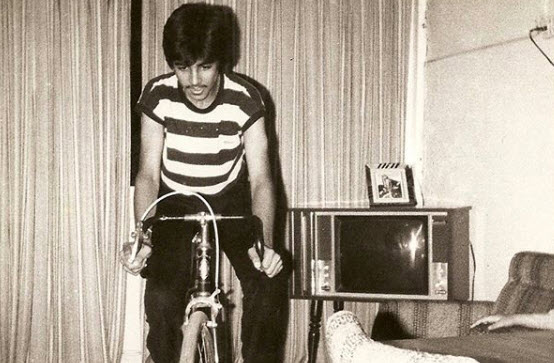 Even prior to this, in June 2019, on International Yoga Day, the khiladi of B-town had again taken to social media to inform everyone how hard-working his mom is. Sharing a snap, which had her mom, Aruna ji doing yoga, Akki had worded his post as, “Sharing something I’m extremely proud of...post her knee surgery at the age of 75, my mother started doing yoga and now it is part of daily routine, improving one day at a time.” 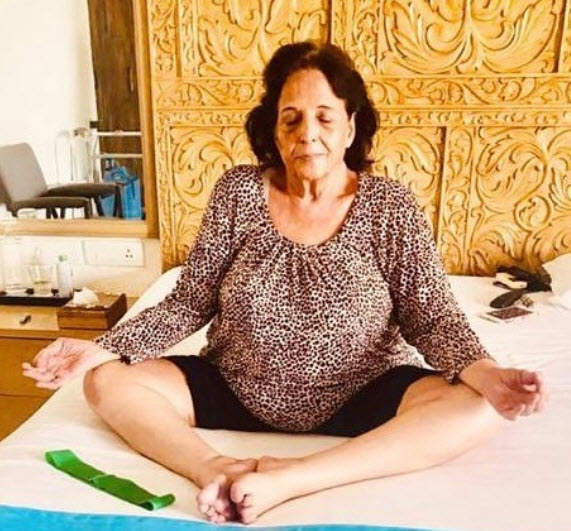 On the professional front, Akshay Kumar is rejoicing the brilliant success of his latest release, Mission Mangal. The movie, which also stars, Vidya Balan, Sonakshi Sinha, Nithya Menen, Kirti Kulhari, Taapsee Pannu, Sharman Joshi and others, has broken all the records. Akshay still has a number of movies in his kitty and he will soon be seen sharing screen space with Kareena Kapoor in Good News. He will also be hitting the big screen yet again with his powerful stunts in Rohit Shetty's Sooryavanshi. Last but not least, he has also been signed for Housefull 4, Laxmmi Bomb as well as Bachchan Pandey. (Don't Miss: Sushmita Sen's Birthday Wish For Her 'Gift' Alisah Proves How Ecstatic She Is On Her Turning 10) 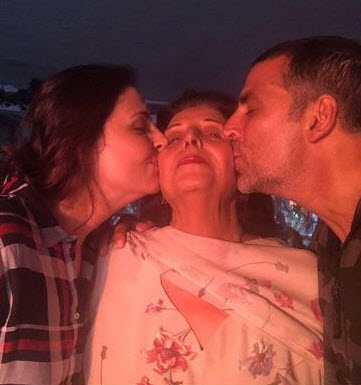 Akshay has gathered much more respect for himself after this. What do you guys have to say? Do let us know!

When Akshay Kumar's Mother, Aruna Bhatia Recalled How He Handled Things After His Father's Death

Akshay Kumar's Mother, Aruna Bhatia Passes Away, He Pens An Emotional Note On His Unbearable Loss