Celeb weddings are the most-awaited affairs in the tinsel town, and when it's the wedding in the house of India's richest man, we can't keep calm. Yes, Mukesh Ambani and Nita Ambani's son, Akash Ambani is soon getting married to his childhood friend, Shloka Mehta. (Suggested Read: Freddy Daruwala Blessed With His First Child Amidst Dating Rumours With Telly Star, Krystle D'souza)

Akash Ambani and Shloka Mehta will take the nuptial plunge on March 09, 2019 and the wedding preparations are going on in full swing. It was yesterday, on February 11, 2019, when we brought to you that Nita Ambani, Mukesh Ambani and Akash Ambani visited the famous Siddhivinayak Temple to seek blessings from God. A few more pictures and videos have surfaced online from their visit, and guess what? The family had gone there to give the first wedding invitation card to God. Take a look:

The couple will enter the bond of holy matrimony on March 09, 2019. An India Today report contained details of the wedding, which could be read as, “The Mangal Baaraat will assemble at the Trident in Mumbai at 3.30pm on Saturday. From the Trident, the baaraatis are to leave for the Jio World Centre in Bandra Kurla Complex. A high tea will be hosted for the guests at Jio World Centre at 6.30pm on March 9. Akash and Shloka's wedding ceremony will take place at 7.30pm.” Apart from this, a wedding reception would be held on March 10, 2019, for people belonging to the world of business, Bollywood, politics and cricket. (Must Read: Vicky Kaushal Reveals How He Fell In Love With GF Harleen Sethi, Says It Felt Right From Beginning) 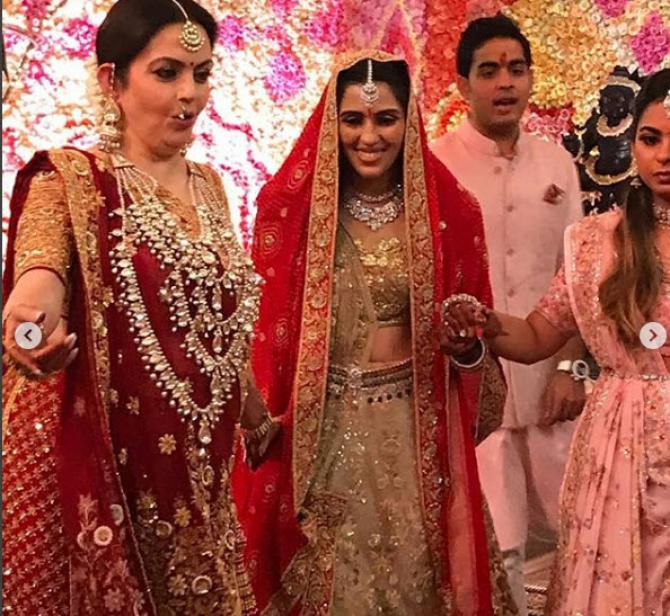 In an interview with an online portal, the to-be Ambani bahu had shared, “Despite years and busy schedules, we have always found ways to stay connected. Akash is incredibly grounded, and we share a bond based on meaning and memories. We don't just get along - we also support each other's hopes and aspirations and are determined to build a sense of purpose into our lives together. We are lucky to have a love that began with being best friends and luckier still to have such supportive families." 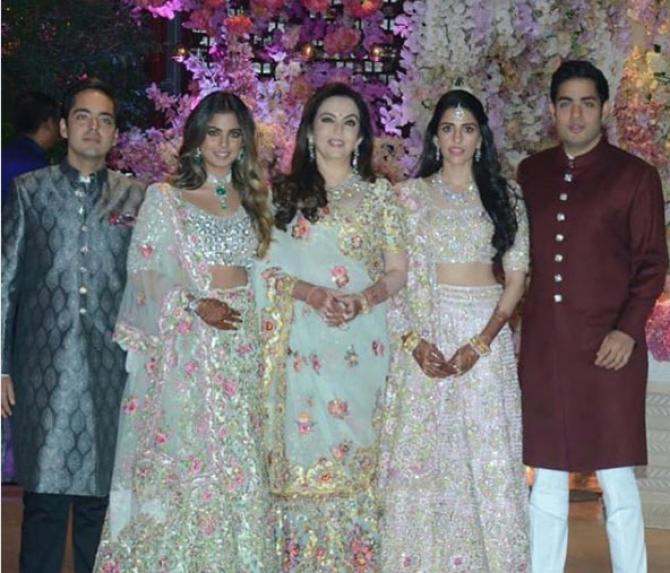 Akash Ambani, on the other hand, had shared, “I am truly happy that our friendship has blossomed into love and Shloka and I are getting married, she is a truly special and extremely kind-hearted person”. In another interview with a leading media portal, Nita Ambani, post-Akash and Shloka’s proposal had said, “I have known Shloka since she was four and we are all delighted to welcome her to our home and our hearts”. A source close to the family had revealed, “Shloka is a very charming girl, extremely cultured and it’s difficult to say which of the two families is lucky with this upcoming marriage." 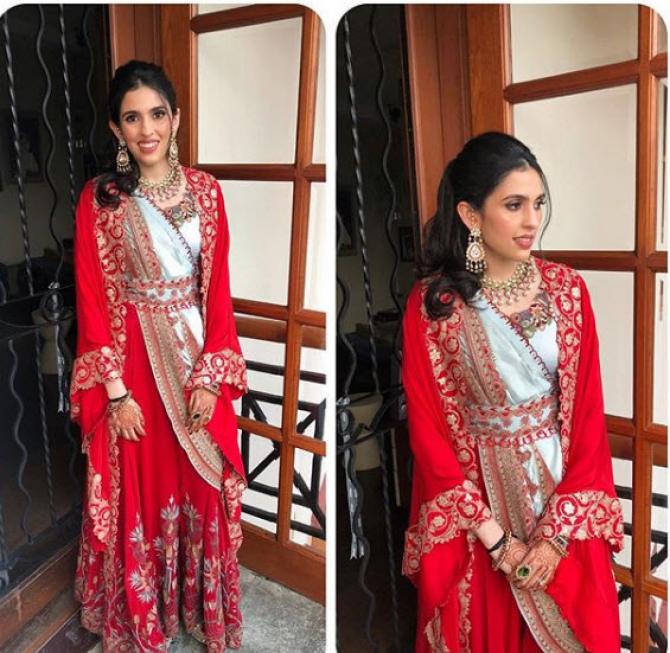 In a recent interaction with Vogue, newly-married Isha Ambani Piramal revealed that Akash willingly gave up his wedding dates for his darling sister. Isha had said, "Akash has the largest heart ever. He changed his wedding dates for me. He got engaged to Shloka before Anand and me, but he was like, “I’ll get married afterwards, you take my wedding dates.” He’s like one of the most—I don’t think there’s a word for it in English—“dayalu” humans in this world. He’s empathetic, gracious and gentle, just like Shloka." Talking about her soon-to-be sister-in-law, Shloka, Isha had stated, “In fact, Shloka’s sister, Diya [Mehta Jatia] and I were in the same class in Sunflower and then in JB [Petit]. We have been best friends for over 25 years. Then when I moved to Ambani, I skipped a grade and went to Shloka’s class. So I’ve been like a third sister to them. I was thrilled with the engagement news. Shloka’s always been part of the family for us.” (Don't Miss: Shibani Dandekar Drops A Major Hint About Her Wedding With Her Boyfriend Farhan Akhtar)

We can't wait for Akash Ambani and Shloka Mehta's wedding functions to kick-start next month!