Siblings are souvenirs of our lost childhood! And Akash Ambani and Isha Ambani share an exactly similar bond with each other. Scroll down to see their adorable post-workout picture! From being each other's worse enemies to being each other's best friends, siblings are the souvenirs of childhood that stay with us all our life. They are always forced upon us as a role model and we are told to follow their examples. Believe us, the joy and pain of having a sister or a brother is known universally. But overall, having them is a gift your parents can ever give you. While you are not allowed to choose them, they eventually become your best friend. And that's the exact bond shared between India's richest man, Mukesh Ambani and Nita Ambani's three kids, Akasha Ambani, Isha Ambani and Anant Ambani. (Recommend Read: Arjun Rampal Shares A Picture With Son Arik Rampal From Their Goa Vacation, Calls Him 'Camera Shy')

Last year, in an interview with the Vogue magazine, Isha had revealed that she and her twin brother, Akash were IVF brothers. Despite belonging from a famous family, it is their parents' teaching that helped them grew up like any other kid with the same value for money, hard work and humility. We still remember when Isha Ambani had added 'Piramal' to her surname, the entire Ambani clan felt the pain of saying goodbye to their princess. In one of the video, we had spotted Akash getting emotional when he dedicated a few loving words for his twin sister. He had beautifully explained the bond he shares with her.

On January 28, 2020, we got hold of a new picture of the brother-sister duo that has been trending on the internet. In the picture, we can see Akash and Isha posing with their friend after workout session. While Akash was spotted in a white t-shirt and a pair of grey shorts, Isha looked pretty in a grey coordinated set and no-makeup look. Take a look at their picture below: 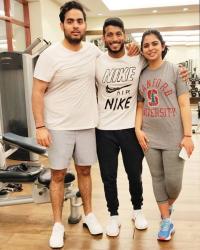 In an interview with The Times of India, Akash had talked about the bond he shares with his twin sister and had shared, "Isha and I share a special bond. Anant understands me best. It is amazing." He had also stated that whenever they are together in the same city they make sure to have dinner together which their grandfather, Dhirubhai Ambani had instilled in them. (Also Read: Mahendra Singh Dhoni's Reaction As His Wife, Sakshi Dhoni Calls Him 'Sweetie' Is Every Husband Ever!)

In a post-marriage interview with the Vogue magazine, Isha had revealed how it was growing up with two boys. She had said, "I was the only girl with four boys at home. It was Akash, Anant, Anmol, Anshul and me. So by default, I had to be naughty to survive. If I tried to be anything else, I wouldn't be included in all their games and fun. I grew up very much a tomboy. At home, there was no gender bias. I was never told that because you're a girl, you can't do this or that." 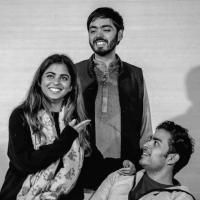 In the same interview, Isha had also shared an interesting detail about her brother, and had stated, "Akash has the largest heart ever. He changed his wedding dates for me. He got engaged to Shloka before Anand and me, but he was like, “I'll get married afterwards, you take my wedding dates.” He's like one of the most—I don't think there's a word for it in English—“dayalu” humans in this world. He's empathetic, gracious and gentle, just like Shloka. In fact, Shloka's sister, Diya [Mehta Jatia] and I were in the same class in Sunflower and then in JB [Petit]. We have been best friends for over 25 years. Then when I moved to Ambani, I skipped a grade and went to Shloka's class. So I've been like a third sister to them. I was thrilled with the engagement news. Shloka's always been part of the family for us." (Don't Miss: Mahira Sharma's Brother, Akash Has This Advice For His Sister And Strong Words For Paras Chhabra) 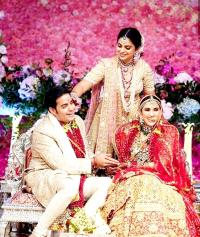 Well, we totally love the Akash and Isha's bond! What about you?