'Bigg Boss 13' contestant, Mahira Sharma's brother, Akash Sharma is going to enter in the Bigg Boss house very soon and reveals the advice he has for his sister and Paras Chhabra too.

We often ignore the truth but every brother is like Batman for his beloved sister. He doesn’t reveal his true emotions and how much he loves his sister but whenever she is in trouble, he is the first person on his way to help her. This is the reason why we call them silent guardians as they’re the watchful protectors. One such case to support all these emotional lines comes from the popular television show Bigg Boss 13 in which we are going to witness the emotional bond between a brother and a sister. (Recommended Read: Janhvi Kapoor And Her Rumoured Ex-Beau, Akshat Ranjan Relish Some Authentic Indian Food At A Dhaba)

That sister is none other than the most controversial and popular face of Bigg Boss 13, Mahira Sharma. The lady is in headlines for being the final nail in the coffin of Paras Chhabra and Akanksha Puri’s relationship. People have witnessed their closeness on national television but nothing has been said by the two. Now, her beloved brother, Akash Sharma is going to enter the house and has revealed the first thing he is going to say to his sister, Mahira and also to the man with whom she shares a strong connection, Paras Chhabra. 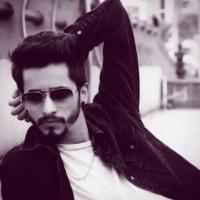 In an interview with Pinkvilla, Mahira’s brother, Akash Sharma stated his views on the way Mahira is playing the game. He said, “The first thing that I will do when I enter the house will be to tell my sister that she is a great solo player. She has proved it enough times during tasks and duties and I will tell her that if few people came into the house and told her that she is Paras dependant, she should not be even bothering about it. She has been doing great as a solo performer as well as a great friend supporter.” (Don't Miss: Saif Ali Khan Talks About Difference In Raising Sara Ali Khan, Ibrahim Ali Khan, And Taimur Ali Khan)

After which, Akash also talked about the couple tag that the audience has given to Mahira and Paras’ friendship and said “It's a mere masala for people but I know my sister well and she will not play games like this. Neither she considers him anything more than a friend nor there absolutely nothing between them. Paras commented about me recently so I will also tell him that talking about someone whom u has not even met is not cool. I do intend to tell him this directly as I did not like the tone then.”

Surprisingly, Akash also revealed that he is going to have a word with Rashami Desai and Sidharth Shukla. He stressed upon the fact that his sister is way better than Rashami, who talks behind people's back. He said, “I will also tell Rashmi that Mahira has played solo whenever and wherever possible it's Rashmi who talks behind backs and seeds in thoughts against my sister, at least my sister says whatever she wishes to upfront amidst everyone." While for the big-hunk, Sidharth, he added, "Siddharth is one of my favourite players so there will be only wishes for him.”

Well, no wonder Akash is going to bring in a lot of spiciness in the show and new fights could emerge from here on. Talking about the bonding of Paras and Mahira then none of them had clarified their chemistry. But, sometimes actions are way powerful and easy to understand than words, the break-up of Paras and Akanksha is not a small thing and sends out the message that there’s something in between Paras and Mahira. Akanksha Puri, who trusted her boyfriend, Paras and was even thinking of marrying him was left heartbroken when his and Mahira's friendship took the next gear. In an interview with India Forums, Akanksha Puri had revealed that Paras Chhabra getting intimate with Mahira Sharma has made her upset and sad. She had said, “Now, even I have started doubting that he has been either playing there for three months or playing with me for three years. I guess my suggested idea is proving heavy to me. Still, I want to wait for him to come out and talk as he left on a very different note. I don’t want to jump to any conclusion.” (Also Read: Raveena Tandon's Precious Gift For Grandson Rudra Is All About Nani Love For Him To Cherish Lifelong) 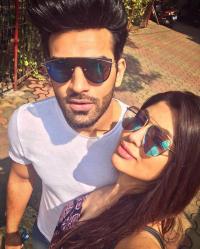 Are you excited to see Mahira’s brother, Akash coming to the Bigg Boss house?