Love is in the air for many of our Tinseltown celebs. If reports are to be believed, Alia Bhatt's bestie, Akansha Ranjan has probably found love in the cricketer, KL Rahul. Details Inside. Love is in the air for many of our Tinseltown celebs! There have been some actresses who fell in love with the cricket world stars and then, there are some celebs who have fallen for each other while working together. The budding star, who is all set to step into the acting world, Akansha Ranjan falls under the former category, it seems. Before moving on to the same, let us first introduce the ones who don’t know who Akansha Ranjan is.

Remember Alia Bhatt slaying her fashionista style with her bestie at one of her friend’s weddings early this year? Well, it was Akansha Ranjan of with whom, Alia, burnt the dance floor at their common friend, Devika Advani and Varun Jain’s wedding. And guess what? Alia’s bestie, Akansha is all set to make her acting debut with Aparshakti Khurana in the music video of Ankit Tiwari’s single Tere Do Naina. Also, Akansha happens to be the younger daughter of actor-director Shashi Ranjan and founder of Indian Television Academy, Anu Ranjan. (You May Also Like: Kapil Sharma's Funny Reaction On Being Called Father To A Baby In Audience By Usha Uthup [VIDEO]) As and when you enter the glam world, one thing is for sure that your personal life will become a hot topic for everyone. Akanksha has not yet made her debut and her love life can be heard everywhere. Well, if reports are to be believed, Akansha Ranjan is probably bowled over by Indian cricketer, KL Rahul. 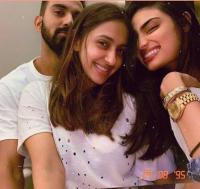 Yes, that’s exactly what you just read! For the uninitiated ones, KL Rahul a flashy cricketer who will play at number four in the upcoming World Cup in England and Wales. If the rumours are to be believed, sparks are flying between the two, so much so, that she is now spending most of her time with the cricketer, going together on dinner dates, movie or house parties. Not just this, rumours also suggest that Rahul and Akansha were spotted praying together in Mount Mary Church. Well, only time will tell whether there is something brewing between the two! (Also Read: Jay Bhanushali Pampers Pregnant Wifey, Mahhi Vij As He Takes Her For A Movie Date, Video Inside)

Talking about the song that she will be featured in, Akanksha told the Mumbai Mirror, “I heard it and I was sold on it. Aparshakti is a good friend and Lucknow is a beautiful city with great cuisine. I couldn’t ask for a better first experience.” Further, when she was probed to share if she had gotten any acting tips from bestie, Alia and actress-sister, Anushka, she stated, “I didn’t think too much and only focused on what the director wanted. The narrative was sweet, and everything was pretty and filmy. It’s going to be the new love anthem, the new Galliyan from Ek Villian.” 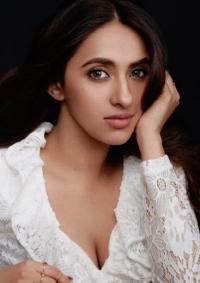 It is also to be noted here that Akansha was earlier rumoured to be dating Avik Chatterjee, who happens to be the elder son of Anjan Chatterjee, who is the man behind popular restaurants like Oh! Calcutta and Mainland China. If we go by the current scenario, Akansha and Avik have probably parted ways and are no more in touch. Also, the couple pictures they had earlier shared on their respective social media handles no longer exist. (Checkout: Ekta Kapoor's 3-Month-Old Son Ravie Recognises People At Her Office, She Sets Up Creche At Work) 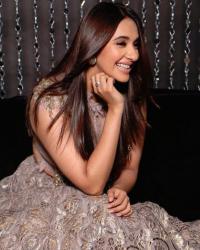 Well, only time will tell if Akansha and KL Rahul are romantically involved with each other. Anyways, what do you guys have to say about their pairing as a couple? Do keep us posted!