Ever since Paras Chhabra has entered ‘Bigg Boss’ house, he has been making controversial statements about his relationship with Akanksha Puri. She made a shocking revelation about his bank account. 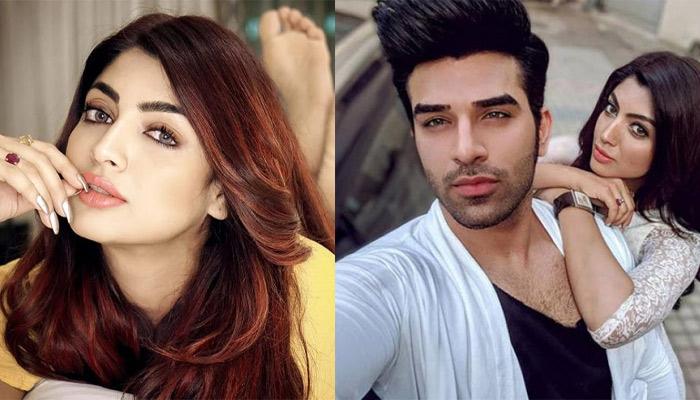 India’s most controversial reality show, Bigg Boss is living up to its name and proving to be more and more controversial with every passing episode. From Arhaan Khan proposing Rashmi Desari to his truth of being married coming out, everything which is happening in the Bigg Boss house is grabbing the limelight. And the one contestant who is grabbing more limelight outside the house for his changing statements is self-proclaimed ‘sanskari playboy’, Paras Chhabra. The controversies surrounding Paras and his real-life ladylove, Akanksha Puri is not taking a seat back any time soon. (Recommended Read: Arbaaz Khan Opens Up On His Divorce With Malaika Arora And Their Son, Arhaan's Reaction On The Same)

More than the tasks and his performance inside the Bigg Boss house, Paras Chhabra has grabbed the limelight for his changing statements on his relationship status with Akanksha Puri. The duo has been in a relationship from more than 2 years and their social media handles speak volumes about their love for each other. From writing love-filled captions to posting mushy pictures, Paras and Akanksha’s Instagram handle can make any couple envy of them. But after Paras has entered the Bigg Boss house, their relationship is unfolding its different layers, all thanks to Paras’ comments. 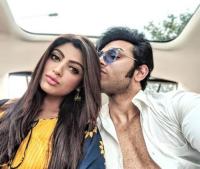 Despite Paras Chhabra’s confusing and hurtful comments about his relationship with Akanksha Puri, his ladylove has stood by him and have supported him and his statements. But it seems that now she has lost her calm and have started to speak about him and the reality behind his nature. Recently, in an interview with Pinkvilla, she made shocking statements about Paras’ bank account and how he is dependent on her. Akanksha also revealed that out of the two, she is the stronger one and the more dominating one, but Paras is portraying a damsel in distress image of hers. 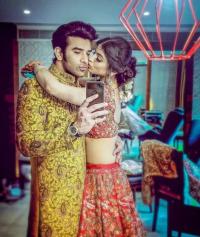 Akanksha Puri was quoted as saying, “He is dependent on me for so many things, zero balance, his two shows went off-air, so I know his struggle. He left on a very different note. I am trying to give him a benefit of doubt but after a point, I just don’t know what is happening. If this is the real self, then I don’t think I can be with a person like that. I am okay being alone. I haven’t seen this personality of his in the last few years. I can’t stay with such a person as a partner.”  (Suggested Read: Smriti Khanna Flaunts Baby Bump And Pregnancy Glow As She Poses With Hubby, Gautam Gupta At A Party)

In one of the latest episodes, we saw Paras Chhabra discussing his and Akanksha Puri’s tattoos. He had stated that she has forced him to get a tattoo done to prove his love. For the unversed, both Paras and Akanksha have each other’s name tattooed on their wrist as a token of love. This time, Paras’ statement had deeply hurt Akanksha and to prove that she is not the one who has forced the relationship on him, have shared their personal WhatsApp messages. The messages are from the time when Paras was about to enter the Bigg Boss house and had asked Akanksha to stay strong and not to worry about him. 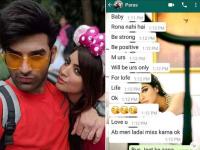 Akanksha Puri has been receiving a lot of hate after Paras Chhabra’s statement on their tattoos. In an interaction with The Times of India, Akanksha had revealed, “I have been getting a lot of negative messages and people are calling me pile on and all sh**. I have kept quiet because I wanted to keep this relationship away from this game. But now what all Paras said has really affected me and has hurt me deeply. We have shared a beautiful relationship and had our shares of ups and downs but we have always stood for each other. But now things are going a little out of hand after what Paras said about the tattoo and about how unhappy he is in this relationship." 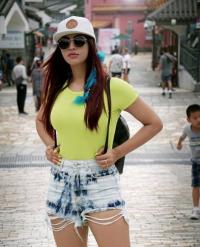 During the same interaction, Akanksha had stated that she thinks that this is Paras’ game plan to make his connections look real in the house. She further revealed that she was prepared for him playing this kind of game but she was always clear about one thing that he should keep her out of his game. Akanksha had stated that she doesn’t know what’s wrong with Paras and why is he saying all these things about her. Akanksha had stated, “He makes me look so weak and a pile on. I am a completely opposite person. I am a strong independent woman and staying away, alone from home for years. I don't know what is in his mind. I can only wait for him to come out and talk. But according to my calculations, I feel he wants to give a different picture of our relationship so that his connections inside look real.” (Must Read: 'Yeh Rishta Kya Kehlata Hai' Fame, Divya Bhatnagar Ties Knot With BF, Gagan In A Gurudwara Wedding) 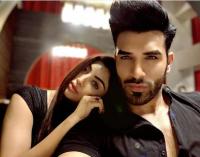 Well, we will have to wait for Paras Chhabra to come out of the Bigg Boss house and give clarification on the issues.