Akanksha Puri has been supporting beau, Paras Chhabra from outside the house and has been justifying his statements. But it seems that this time, she has lost her calm and is hurt by his comments.

It seems that Bigg Boss 13 is leaving no stone unturned in being India’s most controversial reality show. Ever since the show had gotten premiered in September 2019, it has been grabbing the attention of the gossipmongers and the audience too is enjoying all the gossips and statements by the contestants. And without any doubt, audiences favourite is self-proclaimed ‘sanskari playboy’, Paras Chhabra. Paras, who has managed to doze off the spotlight and rumours when the list of expected contestants was released, has been using the show now to grab as much attention as possible with his statements. (Recommended Read: Mahesh Bhatt Gets Miffed At Daughter, Shaheen Bhatt's Book Launch Over Journalists' Questions)

Paras Chhabra is in a committed relationship with actress, Akanksha Puri and the two have been going strong from last two years. While Paras is inside the house and trying every possible way to stay in the game, his ladylove, Akanksha is continuously supporting him from outside. She has been giving explanations for his statements and was seen justifying Paras’ comments on co-contestants at various events. Despite Akanksha’s support, Paras' statements about their relationship have been getting all the limelight and their relationship has received a lot of unnecessary questions. Akanksha has been supporting him even when he had stated that he tried to end their relationship multiple times but looks like this time, she has lost her cool. 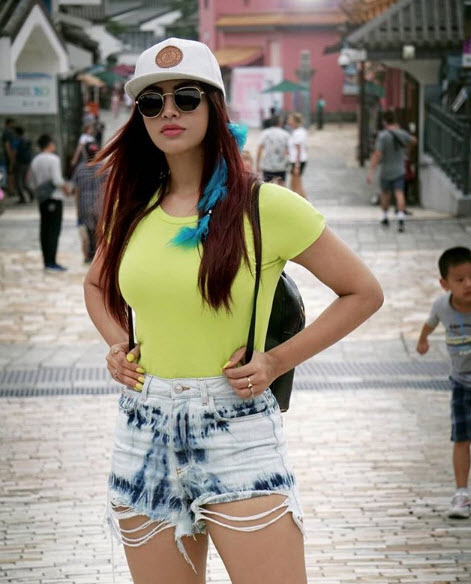 In one of the latest episodes, we saw Paras Chhabra discussing his and Akanksha Puri’s tattoos. He had stated that she has forced him to get a tattoo done to prove his love. For the unversed, both Paras and Akanksha have each other’s name tattooed on their wrist as a token of love. This time, Paras’ statement had deeply hurt Akanksha and to prove that she is not the one who has forced the relationship on him, have shared their personal WhatsApp messages. The messages are from the time when Paras was about to enter the Bigg Boss house and had asked Akanksha to stay strong and not to worry about him. Here are the messages leaked by Akanksha: 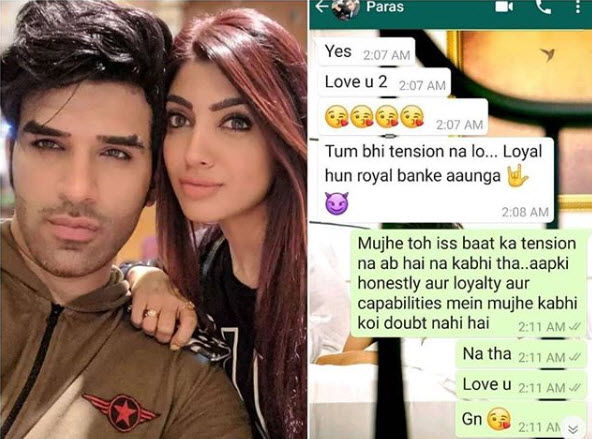 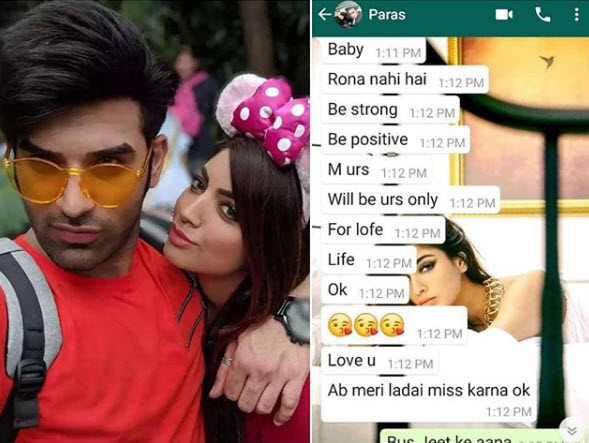 Akanksha Puri has been receiving a lot of hate after Paras Chhabra’s statement on their tattoos. In an interaction with The Times of India, Akanksha revealed, “I have been getting a lot of negative messages and people are calling me pile on and all sh**. I have kept quiet because I wanted to keep this relationship away from this game. But now what all Paras said has really affected me and has hurt me deeply. We have shared a beautiful relationship and had our shares of ups and downs but we have always stood for each other. But now things are going a little out of hand after what Paras said about the tattoo and about how unhappy he is in this relationship." (Suggested Read: Malaika Arora Grooves To Arjun Kapoor's Song At A Wedding In Surat, Looks Scintillating In A Lehenga) 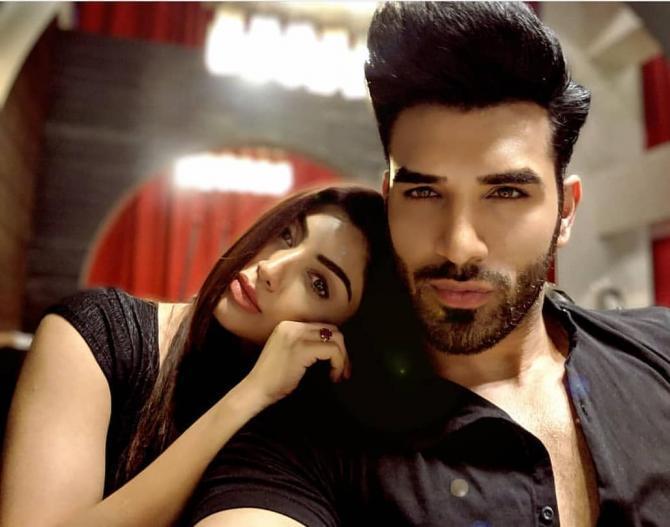 During the same interaction, Akanksha stated that she thinks that this is Paras’ game plan to make his connections look real in the house. She further revealed that she was prepared for him playing this kind of game but she was always clear about one thing that he should keep her out of his game. Akanksha stated that she doesn’t know what’s wrong with Paras and why is he saying all these things about her. Akanksha stated, “He makes me look so weak and a pile on. I am a completely opposite person. I am a strong independent woman and staying away, alone from home for years. I don't know what is in his mind. I can only wait for him to come out and talk. But according to my calculations, I feel he wants to give a different picture of our relationship so that his connections inside look real.” 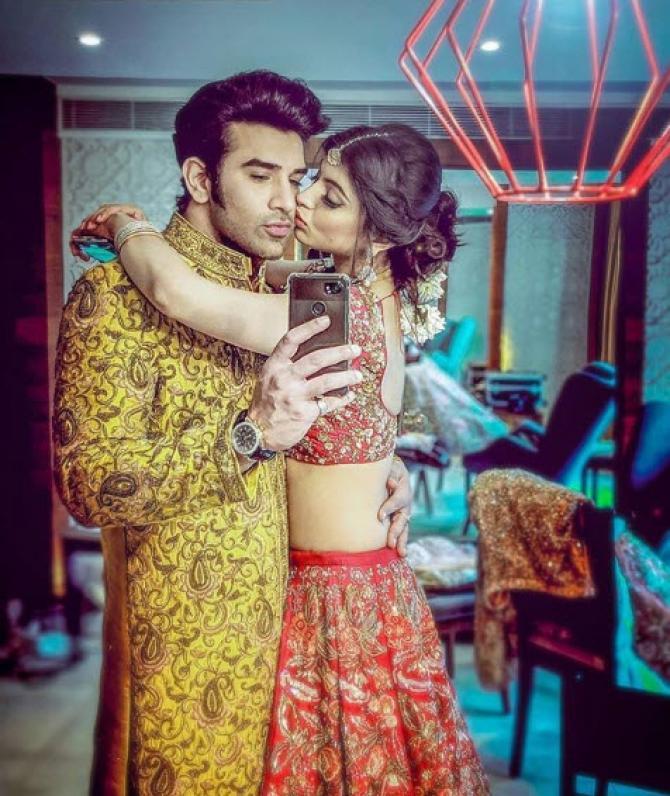 It is not only Akanksha Puri, who is hurt by Paras Chhabra’s comments, but his mother is also miffed with him for using Akanksha’s name like this in the house. Akanksha and Paras’ mother shares a special bond and Akanksha revealed, “She is very upset about how Paras even used her name. She is upset because she loves me a lot and cannot hear anything against me. I feel blessed to have her support by my side.” 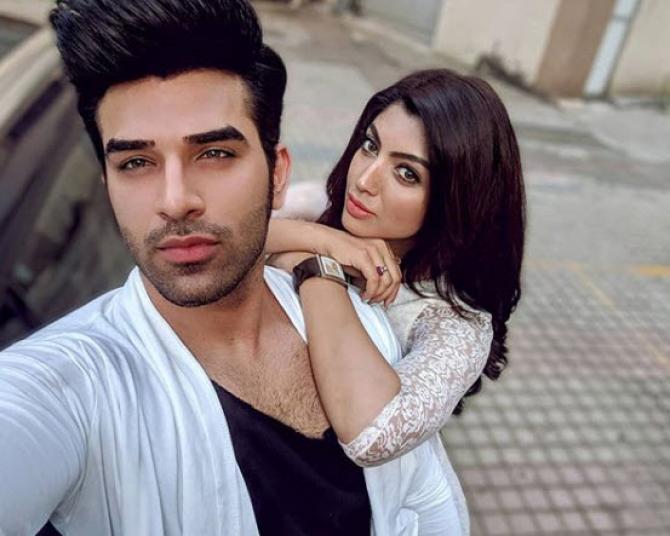 In an interview with SpotboyE, Akanksha Puri talked about how Paras Chhabra has been disrespectful to her. She stated, “He had given me a surprise. I never forced me. Enough is enough. He has been clearly disrespectful to me. As and when he exits Bigg Boss 13, he will have to stay 'Sorry' to me- but not before he also has a one-on-one long chat with me. I have lots to ask him." (Must Read: Vivek Dahiya Expresses Gratitude For Beautiful Wife, Divyanka Tripathi Dahiya As YHM Comes To An End) 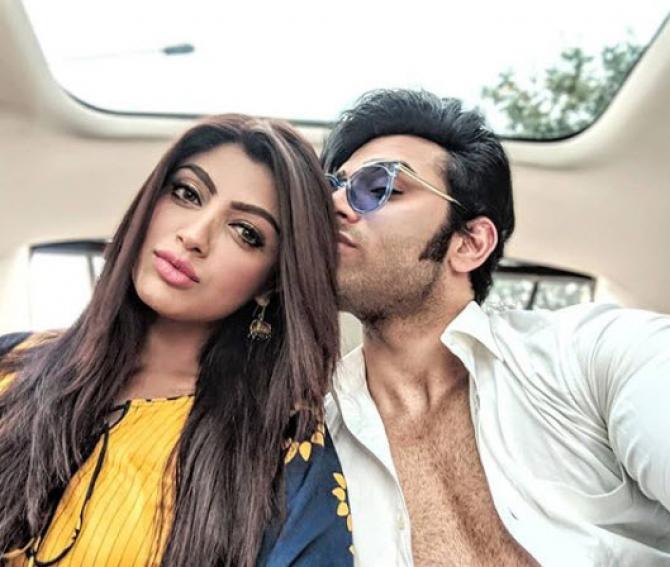 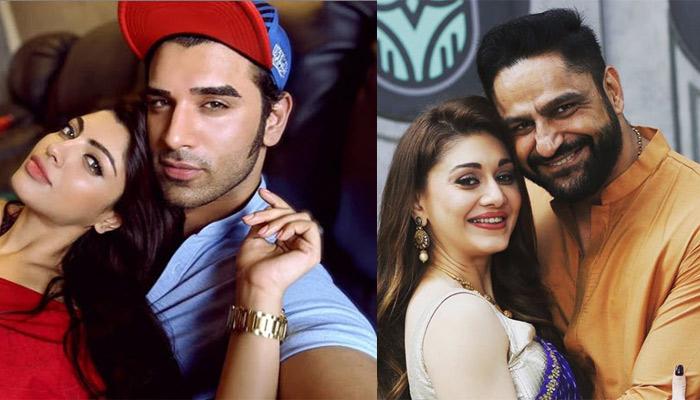 Bigg Boss 13 will witness its finale in a month’s time, but controversies pertaining to contestants and their personal life is not taking a back seat. Every now and then, we come across news of contestants fighting with someone and a budding romance between two contestants. When the list of the expected contestants