Ajay Devgn and Kajol's little princess, Nyasa has her birthday today, and the doting father, Ajay said the sweetest thing. Check out the deets inside! 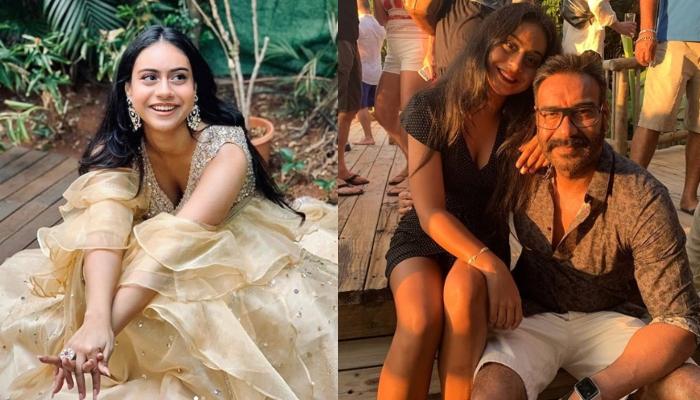 There's a song which is doing rounds on the internet these days, ever since the lockdown has been imposed. It goes something like this: "Bored in the house I am in the house bored" and it goes on and on in loop just like our life these days. But today, we're not here to talk about that. We're here to talk about people whose birthday falls in this quarantine. (Recommended Read: Sushmita Sen Praises Beau, Rohman Shawl's Culinary Skills And Reveals How He Cooks Better Than Her)

Star kids are very popular in Bollywood, they enjoy a massive fan following on social media, having a lot of followers and fan pages. One of such star kids is, Ajay Devgn and Kajol's princess, Nyasa Devgn, who has her birthday today, so let's see how the doting father wished her. Daughters are very special to fathers, there's no denying in that and Bollywood's angry young man 2.0, Ajay Devgn is no different. He might be a lot of things on the screen, but off duty, he's a doting father, and it's pretty evident from his social media handles. On the occasion of his princess, Nyasa's birthday on April 20, 2020, Ajay took to his Instagram handle to post a picture of him with his munchkin and wrote a lovely birthday wish for her in the caption, which can be read as, "Happy Birthday dear daughter. Wishing you every happiness today and forever. Stay home, stay safe.@nysadevgan @kajol." (You May Also Like: Sunny Leone's Hubby, Daniel Weber Trolls Her Cooking And Sleeping Cycle In Quarantine, Shares Video) 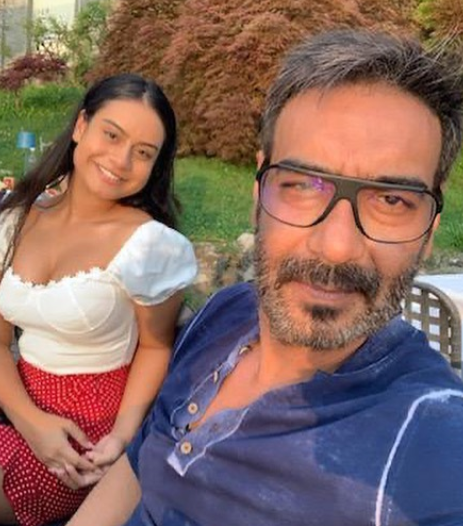 Some time ago, in a rather shocking facade, the lanes of Bollywood were filled with heated rumours of Ajay Devgn's daughter Nyasaa being tested positive with Coronavirus. Amidst all the chaos due to lockdown, Kajol and Nyasa had returned from Singapore, after which, they had isolated themselves in the house for two weeks. Rumours of Nyasa being tested with Coronavirus had begun doing rounds on the internet shortly. Ajay, however, had put all the speculations to rest by confirming that his family is doing absolutely fine, and there's nothing to worry about. Ajay had taken to his Twitter handle to tweet, "Thank you for asking. Kajol & Nysa are absolutely fine. The rumour around their health is unfounded, untrue & baseless." (Also Read: Kareena Kapoor Khan Wishes Her 'Queen' Babita On 73rd Birthday, Posts Throwback Picture With Randhir) 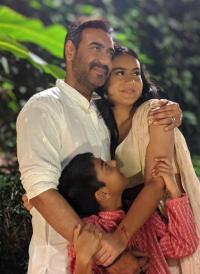 Having completed 21 years of marital bliss, Ajay and Kajol are one power couple of the industry who have stayed away from controversies from eternity and have successfully kept their personal and professional life distinct. Kajol and Ajay are more like two opposite poles of a magnet, while Kajol is bubbly and outspoken, Ajay is a bit of an introvert. Guess that's what has kept them together over so many years, as the popular saying goes: Opposites attract! Anyway, Kajol, in an interview with the Hindustan Times, had spilt some beans on her married life, which had depicted why are they called an ideal couple. On the question of how different is Ajay 'the husband' from Ajay 'the co-star' and 'producer', the actress had stated that she had married all three versions of him and knows them in and out. Kajol had further added that Ajay is not too different from how she had imagined him to be. In fact, all three versions of him were created in front of her. After all, they’ve been married for 20 years, which is a pretty long time. 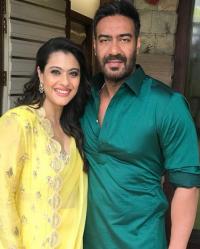 Talking about their love story, in an interview with Humans of Bombay, Kajol had said, "We met 25 years ago, on the sets of Hulchul–I was ready for the shot & asked, ‘Where’s my hero?’ Someone pointed him out–he was broodily sitting in a corner. So 10 minutes before I met him, I bitched about him! We began talking on set & became friends. I was dating someone at the time & so was he–I’ve even complained about my then-boyfriend to him! Soon, we both broke up with our significant others. Neither of us proposed–it was understood that we were to be together. It went from hand-holding to a lot more before we knew it! We used to go for dinners & so many drives–he lived in Juhu & I, in South Bombay, so half our relationship was in the car! My friends warned me about him–he had quite a reputation. But he was different from me–that’s all I knew." True love stories are indeed, dreamy! 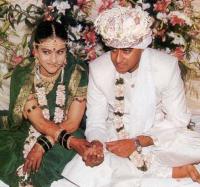