Ajay Devgn and Kajol Devgan’s darling son, Yug has turned a year older today on September 13, 2019. Both the parents have wished him on their respective social media handles. Checkout. 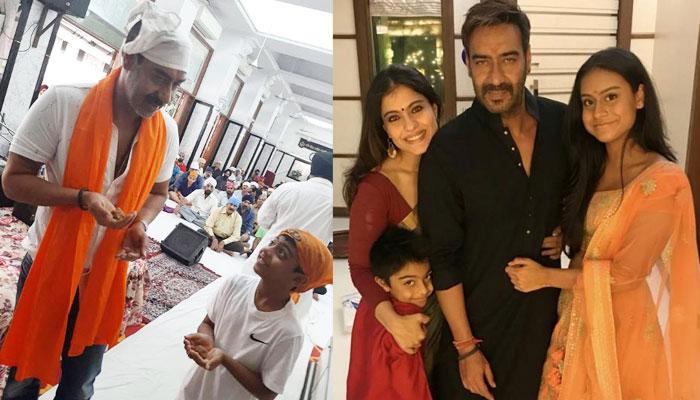 When it is your baby’s birthday, it is not only his day but also a day to celebrate your parenthood. You want to make it the best day of your baby’s life and in today’s digital world, Insta-wishes are reaching notches higher. Similarly, Ajay Devgn and Kajol Devgan too posted Insta-wishes for their darling son, Yug Devgan as he turns 9 today. But before that, let us tell you, Ajay and Kajol had locked their relationship when they had walked down the aisle on February 24, 1999.

After enjoying the doubles’ squad club for over four years, Kajol and Ajay had entered the parents’ bandwagon when they were blessed with a baby girl, Nysa Devgan on April 20, 2003, and later, on September 13, 2010, the blissful couple completed their family with the arrival of their son, Yug Devgan. (Also Read: Kamya Panjabi Talks About Beau, Shalabh Dang And Her Wedding Plans With Him) 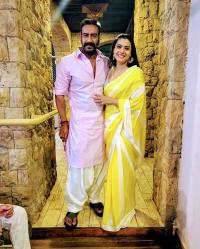 Today, on September 13, 2019, Kajol and Ajay’s son, Yug has turned a year older. The doting parents thought of making his day even more special by wishing him on social media. While Ajay shared a picture from his and Yug’s Gurudwara visit and worded it, “It’s a joy watching you grow. Can never have enough.” Kajol, on the other hand, shared a Dubsmash video of Yug wherein he can be seen winking. She captioned her post as “Awesome at 3 and even more awesome sauce at 9! HAPPY BIRTHDAY YUG! (I think he hears me yelling even in his sleep).” 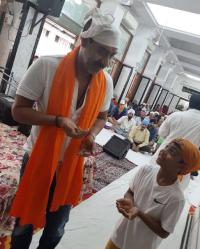 On June 29, 2019, Kajol had taken to her official Instagram handle and shared a lovely picture of the father-son duo, Ajay and Yug, taking a splash in a pool. The two could be seen enjoying their  ‘us’ time by a scenic backdrop of serene greenery. Kajol had captioned the snap as “Thinking about all this glory surrounding us, somewhere in the mountains.” The picture in question is right here: 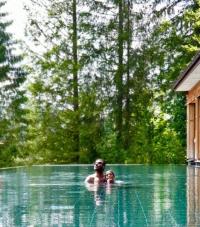 In an interview with the Hindustan Times, Ajay had once shared that he loves spending time with Yug and was quoted as saying, "It's not that way. I love spending time with Yug [irrespective of whether] Kajol is shooting or not shooting [for a film]. That's what I anyway do when I pack up for the day. I go home and spend my time with Yug. Now that my daughter (Nysa) is in Singapore (for higher studies), most of my time is spent with him, and that's all I do. I enjoy that.” (Also Read: Jay Bhanushali And Mahhi Vij Receive Gifts From Bharti Singh For Their Newborn Baby Girl) 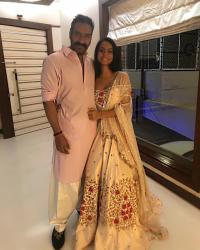 And further talking about Nysa being his biggest critic in the world, he had retorted, "She might say which is my worst film, but she will never tell me which has been my best. She did watch Golmaal Again, and she loved it. Actually, she watches everything I do, but her liking or not liking any film depends on the kind of film it is." 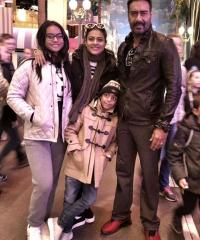 In an interaction with The Pioneer, when Yug was just 3-year-old, Kajol had shared that she wishes him to be like her. She was quoted as saying, “She is a replica of Ajay. Shares the same temperament, is sensible about everything and seeks logic in everything that happens around her. I wish Yug is like me.” In the same interaction, she had also stated that it was a cakewalk for her when Yug was born, but it was difficult for her first child, Nysa. The actress had remarked, “I was very paranoid when I was expecting Nysa. If I missed my vitamin supplement for a day, I would get very upset about it. But with Yug, I am surer. If he skips his lunch for some reason, I am okay as I know he will have his dinner.” (Checkout: Bharti Singh Feels Kapil Sharma Has Become A Changed Man Post Wedding, Reveals Her 'Baby' Plans) 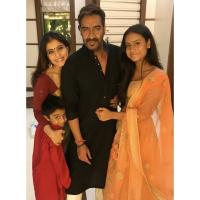 Talking about both the kids, she had further gone on to add, “I don’t believe in the spare-the-rod-and-pamper-the child theory. My children know that there are certain lines that they cannot cross. If they do, there will be punishment. Both Nysa and Yug don’t have the liberty to do what they want or buy whatever they see. I am very particular about how much to spend on them and in what ways. I don’t have naughty children. Both are very understanding. When Yug was about to be born, I had this session with Nysa wherein I explained to her that she would have to take on the role of a responsible sister. Now, when I have to step out for work, Nysa assures me, ‘I will take care of him mamma, you go’. Yug loves her like crazy too.”

Here’s wishing all the happiness of the world to this lovely family of four!