In a recent interview, Bharti Singh bared it all about Kapil Sharma and was all praises for him. She also shared why she feels that Kapil has become a changed man post-wedding and Ginni Chatrath. Embracing parenthood, or rather, the thought of it is enough to make anyone go all ecstatic. Life seems utopian when a little dewdrop of happiness enters a couple’s life. A room that would earlier be strewn with socks, cups and magazines, would now be replaced by neatly folded, sanitised baby clothes and baby feeding bottles with the smell of disinfectant all over the house! Well, this will be the exact scenario of Kapil Sharma and his heavily pregnant wife, Ginni Chatrath’s house in a few months to come. (Do Read: Kartik Aaryan Holds Umbrella For Sara Ali Khan To Save Her From Rain As They Come From Dance Session)

The last of 2018 until the end of 2019 has nothing, but truckloads of happiness in store for Kapil Sharma and Ginni Chatrath. Kapil rose from his own ashes like a phoenix and started his downward-sloping career afresh, with his very own hit show, The Kapil Sharma Show. Kapil, this time around, has collaborated with often regarded as the ‘Comedy Queen of India’, Bharti Singh and needless to tell you, the show has become a massive hit among the masses. Bharti and Kapil’s camaraderie is simply amazing and it was on the latter's birthday (April 02, 2019), that the former had posted a heartfelt wish for him. The same could be read as “A very happy birthday to the extremely talented and beautiful soul I have ever come across, the one whose levelled up the Comedy standards in our country and a friend, a confidant & a brother @kapilsharma. I wish you the very best in your life with loads of luck & positivity.” 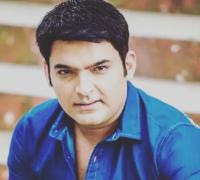 The wish itself depicts how fond, Bharti Singh and Kapil Sharma are of each other. In a recent interview with The Times of India, Bharti bared it all about Kapil and was all praises for him. She said, “He has changed a lot after marriage. I remember Kapil bhai used to party a lot, but he has stopped everything. He has stopped drinking, smoking and eats ghar ka khaana (home-cooked food). He wraps-up shoot by max 10-10:30 and heads straight home to spend time with his wife Ginni. We used to eat so much bahar ka khaana but everything has stopped and now even we have to go back to home after pack up (laughs).” 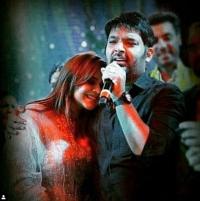 Bharti Singh also spoke about Kapil Sharma’s wife, Ginni Chatrath and stated, “Ginni is such a wonderful and warm person. Whenever the TKSS team visits Kapil bhaiya's house for rehearsals, they are served with delicious food. Even though they have three cooks, Ginni personally looks after everything and instructs them what needs to be done. Even during pregnancy she stands for hours and takes care of everyone's choices.” (Must Read: Celina Jaitly Reveals Youngest Son Arthur Had Struggled In ICU For 2 Months, Battling For His Life)

Bharti Singh shared that there are many people who are able to earn because of Kapil Sharma and stated, “Kapil bhaiya (Sharma) is the best. Every person goes through a dull phase or tough time, but I am happy that he bounced back with full force. His comeback was much needed. Kitne logon ka ghar unki wajah se chal raha hai (so many people are earning because of him). People have bought big cars, houses by doing shows with him.” It was only later when Bharti Singh revealed that they plan to introduce a ‘little member in their lives sometime next year. She shared, “Haarsh and I want to start a family soon. We want to have a baby by next year (2020), but we both are leading a hectic life right now. Motherhood is a lovely phase and even I want to experience it. Whenever I conceive I will announce it to the world. I want to work until the last day of my pregnancy. I tell Haarsh also the same thing.” We can’t wait!

Just 5 months after their grand wedding, we had shared with you that Kapil Sharma and Ginni Chatrath are all set to embrace parenthood soon. Ss dreamy as it may sound, a Mumbai Mumbai report had confirmed Ginni’s pregnancy and had shared that the duo is expecting their first child. A source had shared with the portal, “They got the good news just a few days ago, Ginni’s due date is in December. Kapil has been busy with the shoot of his eponymous comedy show, The Kapil Sharma Show, but he has now scheduled his shoot in a way that he gets to spend more with her. She too has been accompanying him on the shoot so they can spend time together." The source had further added, "His colleagues ensure that she is well looked after on the set. At home, Kapil’s mother is taking care of her. Ginni’s family has also flown down from Jalandhar."

It was only later when the elated daddy-to-be, Kapil Sharma had finally confirmed the news with the Mumbai Mirror. Putting an end to the speculations and validating the same, Kapil had stated, "I just want to take care of my wife and be by her side for now. We are obviously very excited as it's our first kid but my mother is the most excited. She has been waiting for this moment for years now. We are just praying for Ginni and the baby's health." Revealing how the Sharma-Chatrath family is happily looking forward to welcoming the new member in their clan, Kapil Sharma had continued, "There is no prep because we don't know if it would be a boy or girl. It's a happy time for the family and everybody is looking forward to welcoming the new member. I am dubbing for a film for children. So, once the baby grows up, it will pay off." (Also Read: Aishwarya Rai Bachchan Is Apparently Upset With Abhishek Bachchan For Hugging Her Ex, Vivek Oberoi) 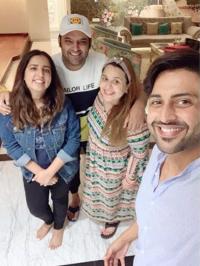 With one confirmed and another ‘probable’ confirmation all set to arise later this year and next year, we are all set to explore what the future holds for the stars of the glamour world!