In 2020, 'Pyaar To Hona Hi Tha' completes 22 years and to mark the same, Ajay Devgn celebrates his 'real and reel love' with his wife, Kajol. Ajay reminisces the fond memories of the film with Kajol. 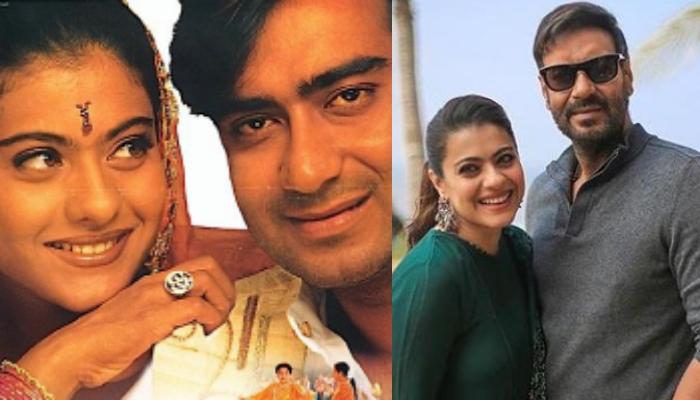 The unconventional beauty of Bollywood had met the rational movie star on the sets of Hulchul in 1995 and the credit goes to fate which had brought them together. But it was their next film, Gundaraj which had brought them closer and without any formal proposal, Kajol and Ajay Devgn had become ‘U, Me Aur Hum’ on February 24, 1999. It has been more than two decades of Kajol and Ajay's Ishq, if we look back at their chemistry and journey over the years, we can proudly say, Pyaar Toh Hona Hi Tha. This relationship that is so deep-rooted that no linkup rumour could uproot it. (Also Read: Aamir Khan's Daughter, Ira Khan Gives An Inside Glimpse Of Her New Apartment With Her Favourite Spot)

When Kajol and Ajay Devgn had tied the knot in 1999, the reports questioning their compatibility, link-up rumours and trouble with in-laws had surrounded the couple back then. But instead of paying any heed to it, they had focused on their relationship and their 'happily ever after' journey became more blissful with the arrival of two lovely kids, Nysa Devgan (2003) and Yug Devgan (2010).

With around 10 films together in their kitty, it has always been a treat to watch Kajol and Ajay Devgn sharing the screen space. Be it for a film or an interview, the banter of the two is always loved by their fans. It was in 1998 when Ajay and Kajol starrer film, Pyaar To Hona Hi Tha was released and be it the songs, dialogues or their chemistry, everything had touched the audiences' hearts. In 2020, PTHHT completes 22 years and to mark the same, Ajay celebrates his real and reel love with his wife, Kajol. Reminiscing the fond memories of the film, Ajay tweeted a video with Kajol and captioned it, "22 years in real and reel. Pyaar To Hona Hi Tha @itsKajolD." (Also Read: Rajkummar Rao Shares Bareilly Ki Barfi's Look Test Photo, Girlfriend, Patralekhaa Reacts On His Role)

In a throwback interview with Bollywood Bubble, Kajol had recalled an incident from the sets of Pyaar To Hona Hi Tha, which was her encounter with a cockroach while filming the train sequence. Kajol had said, “There was a train sequence and the train stopped on the track and we were shooting inside a cabin and in the middle of the shot I suddenly saw a cockroach climbing up the wall behind the person sitting opposite me. The moment Anees Bhai (director Anees Bazmee) said action, I jumped and was out of the frame and was on top of the second berth.” The shocked unaware director had exclaimed, “Mujhe pata nahin tha itna fast chal sakti hoh tum”. Kajol had continued that she was shouting and yelling!

While Pyaar To Hona Hi Tha completed 22 years, Ajay Devgn and Kajol had completed 20 years of married life in 2020 and to mark the same, the latter had given a glimpse of their different versions of a selfie. Amidst the mushy social media PDAs of B-town celeb couples, Ajay’s sarcasm and Kajol’s witty comebacks in their Instagram banters are like a fresh breath of air and are super entertaining. As an anniversary post in February 2020, Kajol had posted a picture of herself, posing on the staircase as her hubby, Ajay had clicked the photo. Revealing the story behind it, Kajol had written, "Me: Baby let's take a selfie na. Hubby: Go sit there I will take it. Me: Selfie means both of us together and someone in the pic clicks it. His answer" followed by an upward finger pointing emoji. Responding with an explanation, Ajay had reposted the same picture and had captioned it, "My version of the selfie is usually myself behind the camera." (Also Read: Gauri Khan's Sneak Peek Into Sea-View Work Studio At Mannat Gives Us Some Serious WFH Envy! [VIDEO]) 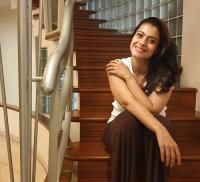 Which is your favourite film of Ajay Devgn and Kajol? Let us know!