Bollywood actor, Rajkummar Rao had made his debut in the critically acclaimed film, Love Sex Aur Dhoka back in the year, 2009. And no one knew back then that this outsider one day would become one of the most talented and loved actors in Bollywood. The actor has proved the mettle of his acting brilliance with his performances in films like Shahid, Newton, Bareilly Ki Barfi, and many others. Well, Stree star, Rajkummar Rao, is as much romantic in real life as he was in his film, Bareilly Ki Barfi and we have witnessed glimpses of that many times on his social media handles. (Recommended Read: KGF Star, Yash Pandit's Son, Rocky Jr Is An Absolute Rockstar When The Music Plays [Video Inside])

However, this time, it is his gorgeous girlfriend and actress, Patralekhaa, who has dropped a romantic comment on the look test picture of her beau for the film, Bareilly Ki Barfi. Scroll down to take a look at it! 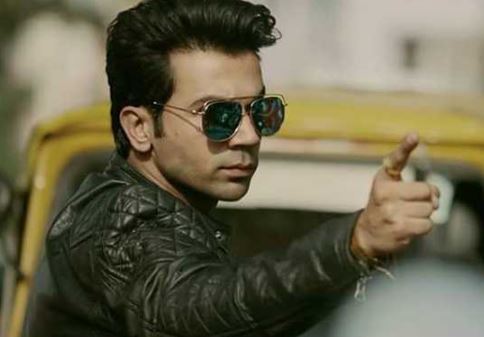 On July 15, 2020, Bollywood actor, Rajkummar Rao took to his Instagram handle and posted a collage consisting of two pictures of him from the look test of his blockbuster film, Bareilly Ki Barfi. While on the left side, we can see his character, Pritam Vidrohi’s calm and composed look as a salesman at a saree store. On the right-hand side, we can see his transformed, bold avatar in the film. Along with the collage, Rajkummar wrote a few lines thanking the director of the film, Ashwini Iyer Tiwari and it can be read as “HELLOO.. First look test for #BareillyKiBarfi #PritamVidrohi. Thank you @ashwinyiyertiwari for sharing this. None of us knew PritamVidrohi would get so much love from you guys. GRATITUDE.” However, it was Rajkummar’s ladylove, Patralekhaa’s comment, “Pritaaaaammmm I love him” followed by four read-heart emoticons that have overshadowed everything. Take a look. Well, the adorable couple never misses a chance to give us major couple goals with their romantic and beautiful PDAs. For instance, last year, the beautiful actress, Patralekhaa had shared a picture of herself smiling lovingly at her baby pet, who gazes at her with equal affection. Along with the same, she had written, “Shor aaya aise to tu befikra hai kyu, sharmai manzile tu bekhabar hai kyu, rango se dosti hain maine bhi kari, kya hai tu sochti mujhko bhi to bta, tune kaha maine sun liya- Prateek Kuhad.” Instantly, as she had posted this picture, Rajkummar Rao had dropped an equally mesmerising comment and it can be read as “Tum jab paas aati ho! Palko se muskurati ho! Tum jab paas aati ho!” Take a look at the post and screenshot of the comment here: (Don't Miss: Sushmita Sen Records And Shares Her Daughter, Alisah And Her BFF, Alexa's Beautiful Dance Cover) 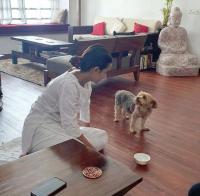 On February 20, 2018, Patralekhaa had turned 28-year-old, and the doting boyfriend had taken to his social media and had wished her with some goody-goody words. He had written, “Happy Birthday to the most gorgeous girl Patralekhaa. Here’s to more love, peace, fun, travel and happiness. More power. Biggest hug and all my love.” Raj and Patralekhaa’s social media PDA has been the talk of the town ever since they had made their relationship official. 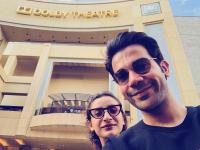 Last year, rumours were rife that Patralekhaa and Rajkummar are probably married. Nonetheless, banishing all the baseless rumours, the actor had once told the Hindustan Times in an interview, “There are so many things that we read about ourselves. Many people think that we are married. But all I want to say is that we are single and happily in a relationship. Reports keep coming up about how we were fighting outside the gym or indulging in PDA, but we never respond to them.” (Also Read: South Star, Hansika Motwani Hosts A Surprise Birthday Party For Her Mother, Shares Inside Pictures) 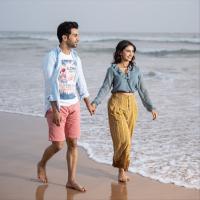 Do you find Rajkummar and Patralekhaa’s jodi perfect?