With Abhishek Bachchan making his debut on the digital platform, his wife, Aishwarya Rai Bachchan couldn't keep calm and gave a shout out to her hubby. Check out her post for her 'baby'.

With the advent of OTT platforms, the audience is finally getting to appreciate the experimentation on content and while it has given a chance to newcomers and aspiring actors to make a name for themselves, renowned celebs have to showcase their talent in the web world. While Sushmita Sen had already left us in awe with her amazing performance in her web debut, Abhishek Bachchan is all set to make his much-awaited digital debut as he enters the third decade of his acting career. (Also Read: Amitabh Bachchan's Grandson, Agastya Nanda To Make His Bollywood Debut, Is Looking Over Offers)

In 2020, Abhishek Bachchan completed 20 years in the Indian film industry and had his own share of highs and lows during the journey. As Abhishek stepped into the third decade of his career, he made his debut in the digital platform with the web series, Breathe: Into The Shadows. The trailer of his series was released on July 1, 2020, and was appreciated by the audience. The gripping crime story looked promising and everyone's eager to watch Abhishek making his mark in the digital world.

The second season of Amazon Prime Original, Breathe, had released on July 10, 2020, and as Abhishek Bachchan makes his digital debut with the series, his wife, Aishwarya Rai Bachchan couldn't keep calm and gave a shout out to her hubby. Sharing a few stills of Abhishek from Breathe: Into The Shadows, Aishwarya wrote on her IG handle, "Shine on, baby." Sending love to his wife as she wished him good luck, Abhishek commented, “Love you. Thank you.”

With Abhishek Bachchan's debut on the digital platform, the entire Bachchan clan is excited and speaking of how they had reacted to the trailer of the series, junior B had shared in an interview with Pinkvilla, “Everyone in the family liked it. Aishwarya had a very emotional reaction to it, she saw it a couple of weeks ago. My father and the rest of the family have really liked it and are excited about it. I think that when a member of your family is coming up with some work, emotions will override their professional ability to judge it professionally, but everyone is excited and looking forward to seeing it.” (Also Read: Abhishek Bachchan Reflects On How It Feels To Be The Son Of A Cinema Legend Like Amitabh Bachchan)

Ever since Abhishek Bachchan and Aishwarya Rai had tied the knot and we had seen them together on-screens back in 2010, they are often surrounded with questions, in interviews and media interactions, about their next collaboration. In an interview with BollywoodLife, when Abhishek was asked if he would want to reunite with his wife, Aishwarya for a web series, junior B had retorted, "What's wonderful about Aishwarya and myself is that we manage to demarcate the personal and professional. We've never thought of doing a project just for the sake of both us coming together. It is something that has to creatively satisfy the needs of each individual artistes. It's always about 'here's something really good and interesting'. It entirely depends on what the subject is."

Just how Aishwarya Rai Bachchan had given a shout out to her hubby, Abhishek Bachchan's web debut, the latter too, leaves no chance to express how proud he is of his wife. For instance, when Aishwarya was awarded the prestigious Meryl Streep Award for Excellence at the first edition of Women In Film and Television (WIFT) India, Abhishek, who couldn’t control his excitement, had tweeted, “And the Mrs. is awarded the Meryl Streep award for excellence at WIFT. The little one gives her a congratulatory hug, and I look on (to the photo) a very proud husband!” (Also Read: Amitabh Bachchan Shares The Story Of His House And Tree Under Which Abhishek-Aishwarya Got Married)

Have you watched Breathe: Into The Shadows? Let us know your reviews. We wish Abhishek all the success for his future endeavours!

It was in the year 2000 when the innocence of Sahiba Grewal and Karan Khanna a.k.a., Aishwarya Rai and Abhishek Bachchan had touched the hearts of the audience in the first of their seven films together, Dhaai Akshar Prem Ke. Then Kuch Naa Kaho (2003), Dhoom 2 and Umrao Jaan in 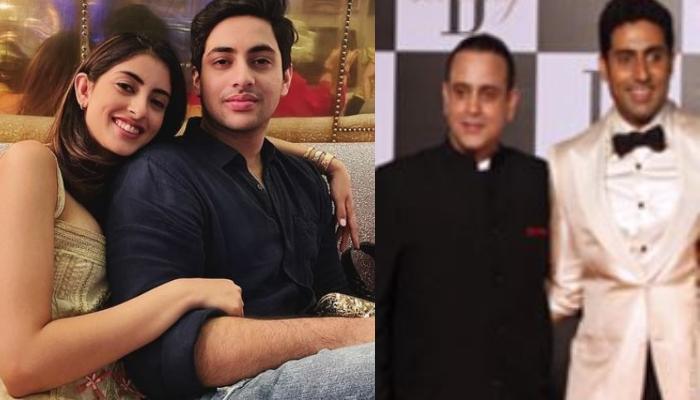