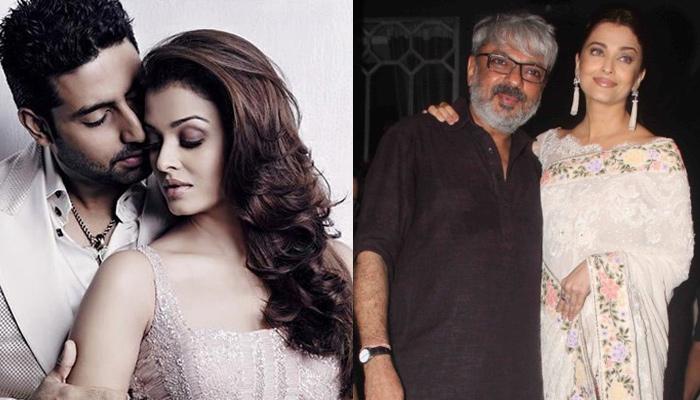 Undoubtedly, Aishwarya Rai Bachchan is one of the most beautiful ladies in the world! From playing the chirpy and emotional Nandini in her magnum opus, Hum Dil De Chuke Sanam to the hot and sultry Saba in Ae Dil Hai Mushkil, we have loved every bit of Aishwarya Rai’s presence in her films and missed her when she had taken a break from cinema due to her pregnancy. (Do Read: Aishwarya Rai Bachchan Talks About Hubby Abhishek Bachchan's Face Off With The Trolls And Haters)

Aishwarya had a hard time shedding off her post-pregnancy weight, which she had handled with sheer grace and charm. Her weight transformation has given a zillion goals to many newbie mothers and guess what? There is a high probability that you will get to see your favourite Paro, once again in the screens very soon. Yes, you read that right! 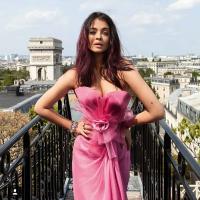 Aishwarya had never actually left the headlines. From ensuring that she shadows her daughter everywhere, to posting cutesy pictures with hubby, Abhishek, there are twenty thousand other things that you can learn from the Bachchan bahu! Coming to the point, of late, a rumour has been doing rounds on the internet that Aishwarya has refused a Sanjay Leela Bhansali film, over one with her hubby, which will be directed by Anurag Kashyap. A source revealed to Deccan Chronicle, “Aishwarya had to choose between working with Bhansali and sharing screen space with her husband, as the dates for both films were clashing. And she chose the film with her husband. They haven’t worked together in eight years. And more importantly, both of them have fabulous roles in Gulab Jamun. They’re going to be playing characters they’ve never played before”. (Also Read: Abhishek Proposed Aishwarya With A Fake Ring During The Shoot Of 'Guru', Her Reaction Was Unexpected)

But is that true? Will Aishwarya do this with a person who gave her huge breaks in her career? Aishwarya’s spokesperson further cleared the air around the same and stated, “This is totally baseless and untrue. Aishwarya Rai Bachchan has immense love for Sanjay Leela Bhansali and will always be very keen to work with him and he knows that.” Well, that suffices all!

As per reports, Sanjay Leela Bhansali too, was quite upset about rumours such as these. A source close to the director stated, “Sanjay is very upset with the reports floating around the casting of his films, as they are completely untrue. There were recent rumours of Aishwarya opting out of his film for Anurag’s Gulab Jamun when on the contrary no such film has been offered to her. It was also reported that Aishwarya was offered Bajirao Mastani and Padmaavat, both of which are untrue.”

The source had also shared, “When Bajirao Mastani was first announced over a decade ago, it was with Kareena Kapoor Khan. Padmaavat too was offered only to Deepika Padukone, who was the first choice. Aishwarya has not been offered any Sanjay Leela Bhansali directed film after Guzaarish. The filmmaker is wondering where these rumours are stemming from, however, the fact that the two share a great rapport and are friends could be a reason for people and the media alike to jump to conclusions." And concluded with,"There has been a lot of speculation around the casting of Sanjay Leela Bhansali’s films, both directorial and under his home banner. There are also constant reports cropping up after every actor visit to his house or office. However, all these rumours are baseless." (Don't Miss! Inside Aishwarya Rai And Abhishek Bachchan New Rs. 21 Crore Apartment In Mumbai, See Pics)

That’s about it! On the work front, Aishwarya was last seen in Anil Kapoor starrer, Fanney Khan. She will next be seen in a romantic thriller, directed by Kuch Naa Kaho fame Rohan Sippy and Jasmine, which is based on surrogacy.

Nevertheless, we are happy to know the fact that we will get to see Aishwarya spread her magic on the screens again! How excited are you? You know where to post a message for us (*wink wink*)!