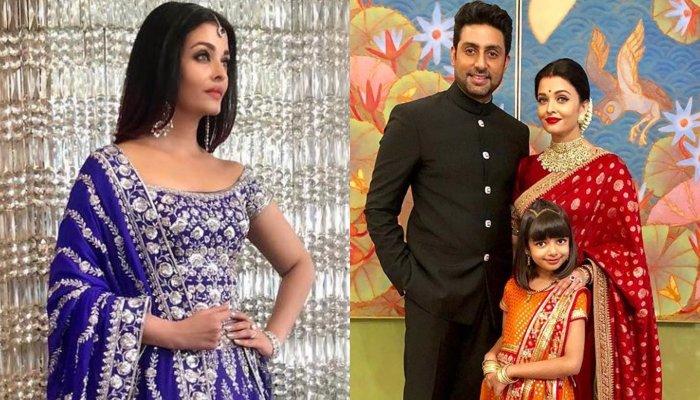 A few more hours to go and Akash Ambani and Shloka Mehta will become each other's forever. How extensively had we waited for this day to witness the most extravagant bash of the year! Hardly three months after Isha Ambani married Anand Piramal in an equally high-profile wedding on December 12, 2018, March 09, 2019 will mark the wedding date of Akash and Shloka. Apart from the extravaganza, what we are most excited about is to witness the vast array of all decked-up Bollywood stars at Akash and Shloka’s wedding. (Do Read: Anil Ambani Arrives With Wife Tina Ambani And Sons At Akash Ambani-Shloka Mehta's Wedding)

And needless to say, the entire wedding venue (Ambani house, Antilia) is decked up as a bride and a vast array of stars have already dropped by. Aamir Khan with wife Kiran Rao, Vishal Dadlani, Jackie Shroff, Manish Malhotra and many celebs from the tinsel town have already made it to the wedding venue. The first ever family appearance of the Ambanis were captured by shutterbugs and everyone looked ethereal with a touch of pink in their wedding attires, apart from probable Ambani choti bahu, Radhika Merchant who looked elegant in orange. Here is a picture of the same: 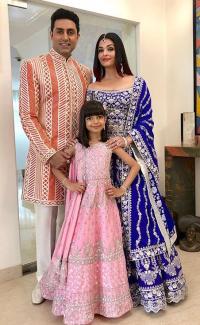 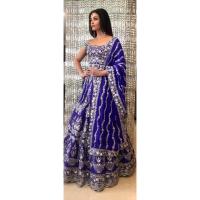 In case you missed, remember how Aishwarya Rai Bachchan and Abhishek Bachchan made us relive their pre-marriage, ‘Guru’ days at Isha Ambani and Anand Piramal’s sangeet by performing in the superhit song, Tere Bina? The Bachchan couple had created magic at Isha-Anand’s sangeet, as they performed together on the same song after a long time. Checkout a video of the couple dancing beautifully here: (Must Read: Akash Ambani Seeks Blessings Of Grandfather, Dhirubhai Ambani Before He Leaves For His Baraat)

What looks like Aishwarya Rai Bachchan had the most fun at Isha and Anand’s wedding and pre-wedding, a video had gone viral on the internet which showcased Aaradhya dancing with traditional Rajasthani dancers, while mommy Aishwarya couldn’t hold her happiness and was seen laughing and clapping for her daughter while she danced. Here’s the video:

Speaking about Isha Ambani Piramal’s wedding, a few videos of Abhishek’s father, Amitabh Bachchan, wife Aishwarya Rai Bachchan and co-star in Dhoom 3, Aamir Khan, serving food at their wedding reception had gone viral on the internet in no time! As usual, the videos had garnered trollers attention who created memes and funny videos in no time. To which, a follower posted, “Why were Amir Khan and Amitabh Bachchan serving food in Ambani wedding?” And then came Abhishek’s crisp one-liner which was epic! Reasoning it out, Abhishek had replied, “ It is a tradition called "sajjan ghot". The brides family feeds the grooms family.” Here are the screenshots:

Do you know, Aaradhya goes to Dhirubhai Ambani International School in Mumbai and that Chairperson, Nita Ambani's mother-in-law, Kokilaben, loves her? Aaradhya was one of the few lucky ones to get a special invitation from Nita for the Akash Ambani and Shkola Mehta's post-engagement party! Yes, an insider shared the same with Pinkvilla, "There were other children invited too and that only a handful know is that it was Nita Ambani who specifically invited Aaradhya to the party. Imagine how many people are lucky to get invited to the Ambanis party!” 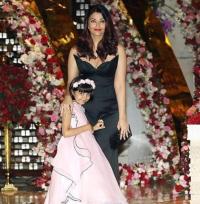 The source further added, “When Nita called to personally invite Ash, Nita requested the actress to get Aaradhya too because a small ballet was being presented by some young children at the party. She told Aishwarya that she wanted Aaradhya to enjoy the ballet as the child’s school was closed anyway for spring. Who better than Nita to know that as she’s the Founder and Chairperson of the same school (Dhirubhai Ambani International School in Mumbai) that Aaradhya goes to. She would hardly invite the little girl on a school night for an adult party. Also, Nita’s mother Kokilaben is extremely fond of Aaradhya and always gives her extra stuff like toffee and candies whenever they meet.” (Next Read: First Pictures And Videos Of Decor From Inside The Venue Of Akash Ambani-Shloka Mehta's Wedding) 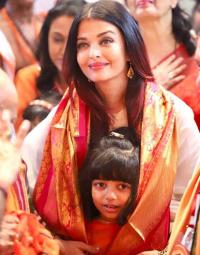 Isn’t that amazing? While we have gotten a glimpse of Anand from the wedding, how excited are you see Shloka as a bride? Stay tuned with us.