Aishwarya On Aaradhya's Upbringing: 'Not An Army Of Help, Have One Nanny By Choice'

Aishwarya On Aaradhya's Upbringing: 'Not An Army Of Help, Have One Nanny By Choice'

She is not only the Former Miss World and a fine actress but also a benevolent daughter-in-law, a supportive wife and most importantly a doting mother. Aishwarya Rai Bachchan is one of the top names which comes to everyone’s mind when we think about doting mothers from the B-town industry. Aishwarya Rai married Abhishek Bachchan on April 20, 2007, and the couple embraced parenthood with the arrival of their beloved daughter, Aaradhya Bachchan on November 16, 2011.

Recommended Read: Pic Of Aishwarya And Aaradhya Enjoying Swing In A Park Is All About 'Maa-Beti Ka Pyaar'

Aishwarya Rai Bachchan took a sabbatical after the birth of her daughter but came back on-screen with the film, Jazbaa. Aishwarya being a working mother is very busy with her work commitments, but she manages her personal and professional life balance and spends most of her time with Aaradhya. 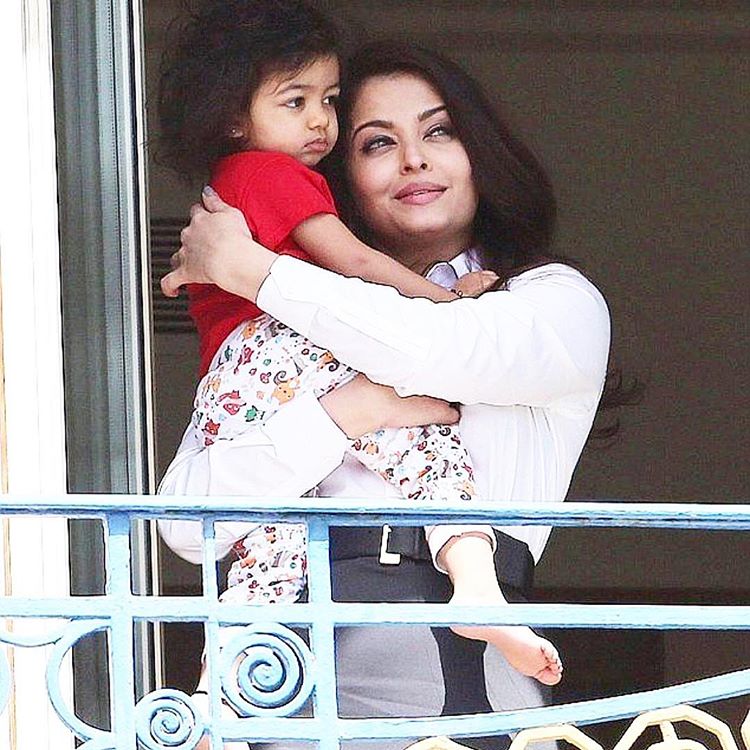 In an interview with a leading magazine, Aishwarya talked about how her life is like. She remarked, "It’s busy! In the superlative. I spend all my time with Aaradhya (Bachchan), and I have one nanny, by choice. I read comments saying, "Ah, she must have an army of help" and I understand the perception, but I choose this way, which means life is always busy. I respect homemakers for the endless work they do. As far as downtime goes, it’s about perspective — if you believe you’re tired, you will be, so I choose to find pleasure in the moment and experience the present for what it is." (Also Read: Taimur Ali Khan And Inaaya Naumi Kemmu Twinning In Red And White Stripes, Pictures Inside!) She further added, "I'm a firm believer of the state of mind, and that's the means to keep your head above a high level of water, every day. That's something I'm imparting to Aaradhya - that B positive is not just a blood group and that everything in life is a learning curve. Experience life in the moment, because you're going to have to live with your experience.” (Also Read: Watch Aaradhya Ignore Her Mom Aishwarya's Dance Request To Shake Leg With Aamir's Son Azad) Speaking of being a working mother, Aishwarya Rai Bachchan retorted to a leading publication, "When I got married, it was interesting to discover that everything was continuing as it were - script discussions and business meetings. I wanted to keep it going because it meant there was a change in our otherwise-conservative industry. Likewise, with motherhood, I worked from the beginning, but it was on endorsements, charity work and business ideas." 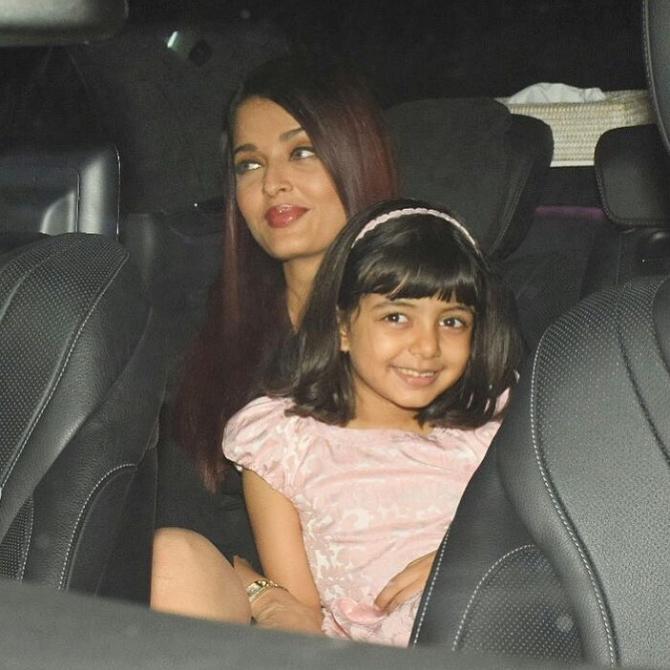 She further said, "I starred in my first film when Aaradhya was three. I never "stopped working"; I just wasn't on screen." There is no doubt that Aishwarya has been an inspiration to many, not only in India but also across the world. When she was asked about her role model, Aishwarya Rai was quoted as saying, "This will sound like a line from a film but I'm just a regular girl... Abhishek's my husband and Aaradhya's my child. My mother is the only one I know inside out, so as a role model she’s the only I choose to name - and it's her values I'm imbibing consciously and subconsciously raising my daughter. I've never shared dream roles... because what if someone writes it for you? Then what? You'll have nothing to look forward to." (Also Read: Karan Johar Had An Emotional Meltdown Due To His Daughter Roohi Johar, Here's Why) 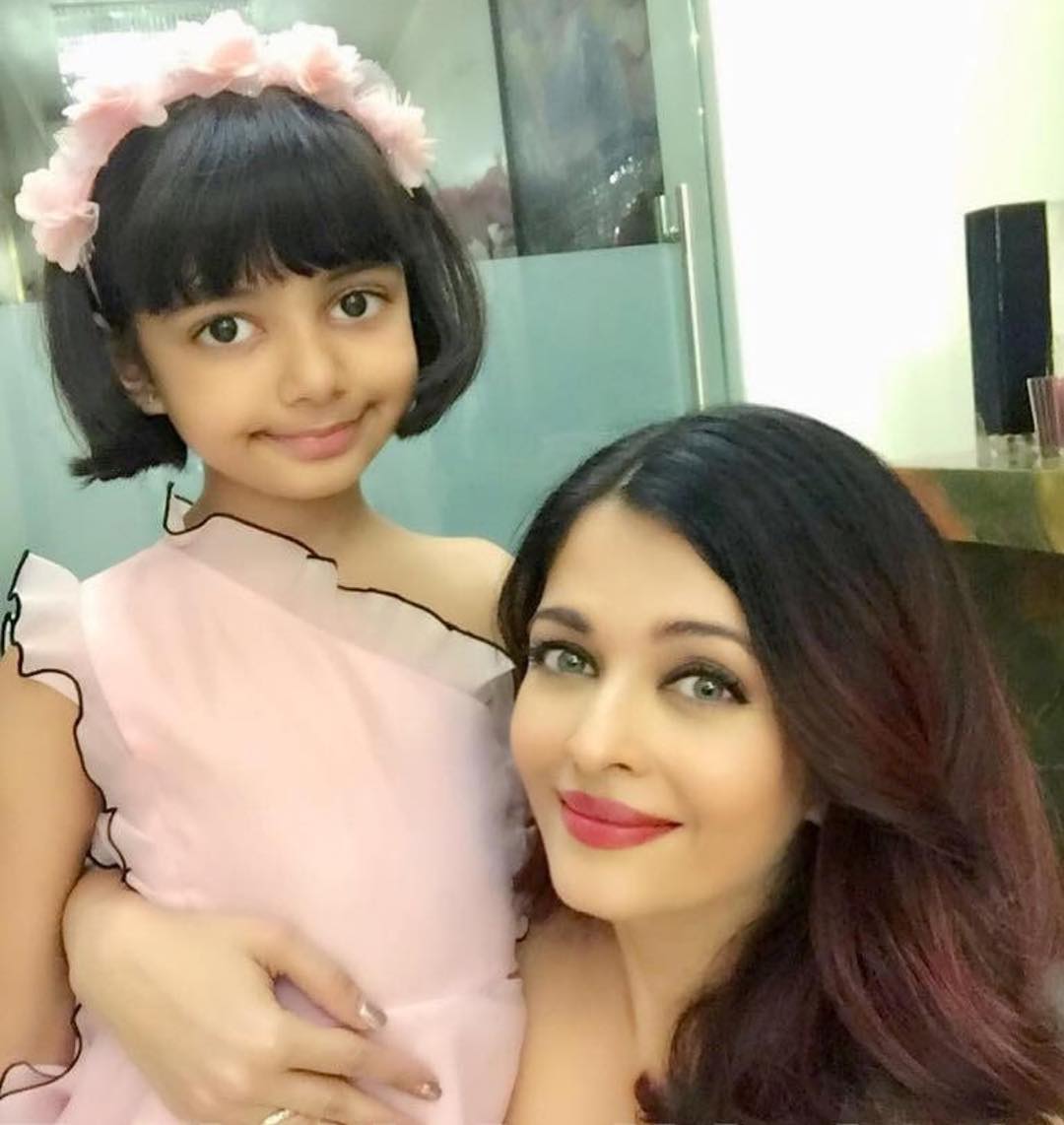 Aishwarya Rai Bachchan is indeed a hands-on-mother to her daughter, Aaradhya Bachchan.

Next Read: 'Maasi' Kangana Spends Time With Her Nephew Prithvi Raj, Her Childlike Smile Is Too Cute To Miss 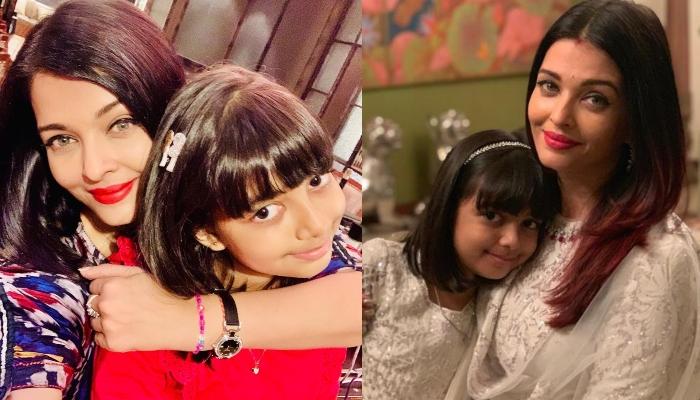 Given the zillion things we admire and envy about the star-kids and their lifestyle, the one thing that always manages to hit the headlines is their uncanny resemblance with their star parents. Be it Shah Rukh Khan-Aryan Khan and AbRam Khan, Saif Ali Khan-Ibrahim Khan, Amrita Singh-Sara Ali Khan, Aamir