'Maasi' Kangana Spends Time With Her Nephew Prithvi Raj, Her Childlike Smile Is Too Cute To Miss

'Maasi' Kangana Spends Time With Her Nephew Prithvi Raj, Her Childlike Smile Is Too Cute To Miss 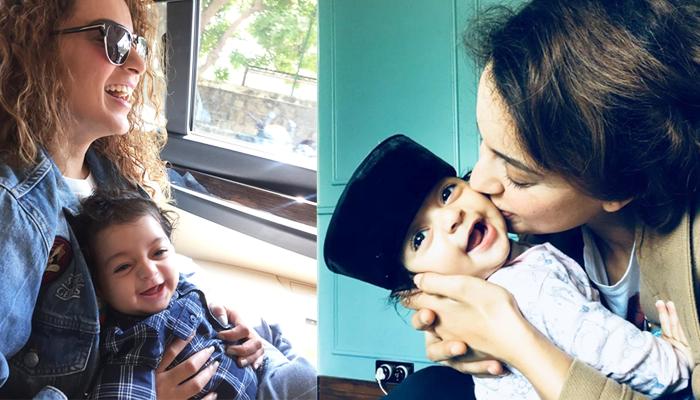 Simran actress, Kangana Ranaut and her sister, Rangoli Chandel, share a very strong bond. Last year, when Kangana was all over the news because of her candid revelations (alleged) on Aditya Pancholi, and her fiasco with Hrithik Roshan, Rangoli stood by her and supported her immensely.

Naturally, the 31-year-old actress is drawn towards her sister and the latter’s family. And one person on whom she showers extra love is Rangoli’s little munchkin, Prithvi Raj. In a recent visit to Manali, Kangana met her family, her sister and her adorable nephew, Prithvi Raj. Rangoli took to her Twitter handle and shared a couple of pictures. As soon as the pictures surfaced online, netizens could not help but drool over maasi Kangana’s cutesy moments with nephew, Prithvi. 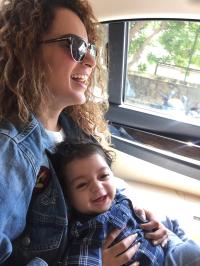 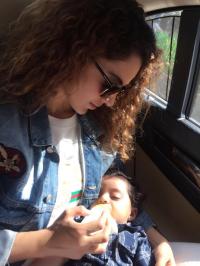 Aren’t their million dollar smiles too cute for words? For the uninitiated ones, it must be noted here that Rangoli is married to Ajay Chandel who works at Hewitt Associates. The couple has been married since 2011. Rangoli and Ajay became proud parents on November 16, 2017, when little Prithvi was born.

Rangoli had shared the happy news on Twitter by posting a picture with the apple of her eye, captioning the post, “Dear friends meet our son Prithvi Raj Chandel.” (Also Read: 17 Ways Your Life Changes Once You Have A Baby) 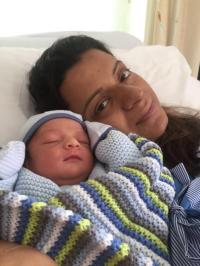 Earlier, in an interview with Femina, Kangana had opened up about her sister and was quoted as saying, “Rangoli has never been an ambitious person. She has always had a close set of people that she cares deeply for and confides in. And today as a mother to her baby (Prithviraj), she is even more exclusive. This baby is the centre of Rangoli’s existence today. Sometimes I only get to talk to her once in three days.” 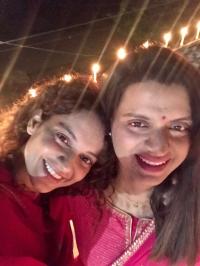 She further added, “I feel bad that her priorities have changed today (smiles). And I don’t have the attention, love and companionship that I had received from her in the past. It was a big shift for me when Rangoli decided to separate and move back to Manali with her husband (Ajay) to concentrate on her family life. They are also building a hotel there. My nephew is cute and it was a special feeling when I held him for the first time because he bears an uncanny resemblance to Rangoli and me. But I cannot deny that I miss the old days with my sister.” (You May Like: Taimur Ali Khan And Inaaya Naumi Kemmu Twinning In Red And White Stripes, Pictures Inside!) 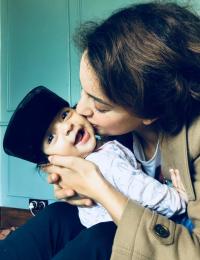 On the professional front, Kangana had wrapped up her shooting for Manikarnika- The Queen of Jhansi, in which she will be seen essaying the role of Rani Laxmibai. Talking about the film, Kangana revealed to a weekly magazine, “People think that I am fighting a battle every day. My life must be miserable. I must be having no future because I’m not friends with the Johars or the Roshans. It’s far from that. I am doing one of the biggest epics of 2018. No other film with a female lead has been made with a higher budget.”

Manikarnika is slated to release in August this year. Coming back to Kangana’s nephew Prithivi, do let us know in the comments section below as to what you felt on seeing their lovely moments together.

Next Read: 'I Think I Have Missed The Bus' - Rani Mukherji On Having 2nd Baby At The Age Of 39