Aditya Narayan is all set to tie the knot with the love of his life, Shweta Agarwal. A day before the wedding, Aditya shared a glimpse of his wedding card and it was adorable. Nothing can surpass the feeling of tying the knot with the one you had fallen head-over-heels in love with. From planning every detail of the most awaited day to happily posing for every pre-wedding festivity, you cherish each and every moment of your wedding. And the handsome singer, Aditya Narayan is undergoing through a similar emotion as he is all set to tie the knot with his long-time girlfriend and actress, Shweta Agarwal. (Also Read: Rajeshwari Sachdev Misses Late Father-In-Law, VM Badola's Presence, Pens An Emotional Note For Him)

Aditya and Shweta’s pre-wedding festivities had begun and on November 30, 2020, we stumbled upon a beautiful wedding card of Aditya and Shweta. What caught our attention was the wedding card’s details about the gorgeous wedding location. The video also showed their glittering wedding venue and we couldn't stop drooling over it.

On November 4, 2020, a picture from Aditya and Shweta's roka ceremony was out and had won our hearts. The adorable couple was surrounded by their family members as they had posed for the camera. Aditya had looked dapper in a grey-coloured shirt and matching denim, and Shweta had looked gorgeous in a pink suit. (Also Read: Shaheer Sheikh Shares A Picture Of Wife, Ruchikaa Kapoor, Plans To Reveal Their Love Story Soon)

On November 29, 2020, we had stumbled upon some breath-taking pictures from Aditya Narayan and Shweta Agarwal's close-knit Tilak ceremony. For the function, Shweta had opted for an orange and golden lehenga while Aditya had looked handsome in a blue kurta. Shweta had accentuated her look in a golden choker, subtle makeup and a high bun adorned with gajra. In the pictures, Aditya's parents could also be seen posing with the lovely couple.

Earlier, in an interview with SpotboyE, Aditya had opened up on his wedding plans and had shared that he is going to get married in a temple with the love of his life, Shweta Agarwal. He had said, "We're getting married on December 1. Because of Covid19, we can invite only the close family and friends, since Maharashtra does not allow more than 50 guests to gather at a wedding. But for now, it's going to be a wedding in a temple with just the immediate family present."

In an interview with the ETimes, Aditya Narayan had revealed details about Shweta and had said, “Shweta is an extremely calm and polite girl. I am just the opposite, highly energetic and sometimes impatient, too. But, she has been extremely patient, and I can say she is the balancing factor in my life.”

Further in the interview, the singer had stated that Shweta is going to design their wedding attires. He was quoted as saying, "Our wedding outfits are designed by Shweta because along with being an actress, she is also a fashion designer. For many years now, she has been designing my outfits. Shweta and I are extremely excited to finally get married after being in a relationship for ten years. Due to the pandemic, the wedding will only include family and close friends." (Also Read: Rubina Dilaik's Shocking Details About Her Marriage With Abhinav, Says They Would Have been Divorced) 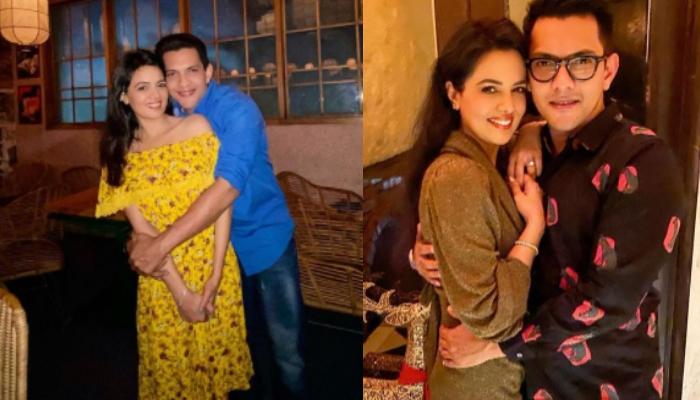 It is true that when a couple gets married after dating for a long period, they are quite comfortable with each other and doesn’t face the initial hiccups. But even after knowing every minute detail about each other, they make most of their post-wedding phase by spending maximum time with one