Shaheer Sheikh’s fans are eagerly waiting to know his and his now-wife, Ruchikaa Kapoor’s love story. Now, Shaheer announced the same with his wife, Ruchikaa's photo! 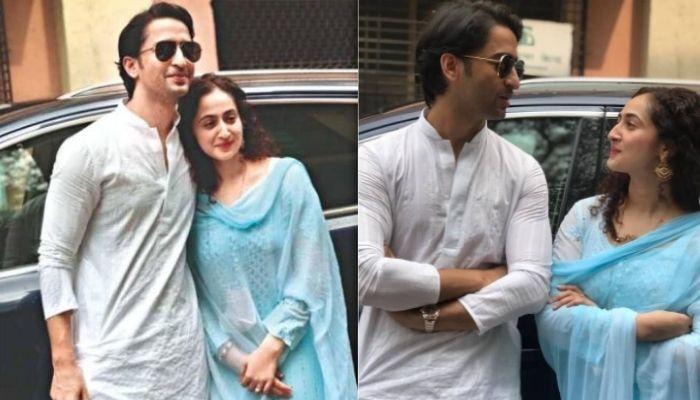 Some love stories make their way directly to our heart and we wait to know more about our favourite celebrity’s love story. Television heartthrob, Shaheer Sheikh was said to be dating many of his co-stars, but as they say not everyone you meet is meant for you. Shaheer had found love in Creative Producer & Executive Vice President at soap queen, Ekta Kapoor’s Balaji Motion Pictures Limited, Ruchikaa Kapoor. After a lot of speculations, the two had announced their relationship and recently got married. (Also Read: 'Ishqbaaaz' Fame, Nakuul Mehta Grooved With Wife, Jankee On A Romantic Song On Her Godh Bharai Rasam)

For the unversed, on November 24, 2020, Shaheer had taken to his IG handle to announce the news of his engagement with Ruchikaa Kapoor. He had shared an adorable picture with Ruchikaa, where he could be seen holding her hand while she had laughed her heart out flaunting her ring. Along with the beautiful picture, Shaheer had penned his excitement and it could be read as “#TuHasdiRave excited for the rest of my life... #ikigai.” Shaheer and Ruchikaa have been in a relationship for almost one-and-a-half years now, and the two had finally tied the knot. Now, the couple is ready to reveal their love story and we cannot wait!

Shaheer’s fans are eagerly waiting to know his and Ruchikaa’s love story as nobody knows when this secret love story had started. Now, Shaheer is ready to disclose his love story with Ruchikaa and he announced the same on his IG handle. Shaheer shared a gorgeous picture of Ruchikaa on his IG stories, where the new bride can be seen wearing a black shirt with mesh sleeves and blue denim jeans, sitting in a golden ball. It looked like the picture is from one of their vacations. Along with the picture, Shaheer shared that they are ready to reveal how their love story began soon as he wrote, “How it all began… #Comingsoon” atop it. Take a look:

When Ruchikaa and Shaheer’s wedding had hit the headlines, Ruchikaa had taken to her IG handle and had shared a cute picture with her husband. In the picture, the newlyweds could be seen laughing and had looked very much in love. While Ruchikaa had donned a blue suit, the handsome groom had sported a white kurta-pyjama and had perfectly complimented his bride. Ruchikaa had captioned the picture as "Off on an adventure called Forever. #HappilyEverAfter #ForeverPerson #Ikigai #theGirlwithcurls #MadMeNow." Shaheer Sheikh had also posted a beautiful picture with his wifey, Ruchikaa Kapoor and had written, "Zindagi khatm bhi ho jaaye agar... Na kabhi khatm ho ulfat ka safar. #chaloDildarChalo. #ikigai." After the court marriage, Shaheer and Ruchikaa had flown down to Shaheer's hometown in Jammu for a small ceremony, and later another informal ceremony was held at Ruchikaa's residence in Mumbai. Shaheer and Ruchikaa plan to have a grand traditional wedding in June 2021. (Don't Miss: Puja Banerjee And Kunal Verma Host A Grand 'Naamkaran Sanskar' For Their Baby Boy [Videos Inside])

Post-wedding, in an interview with the Bombay Times, Shaheer had stated that he had found his right companion in Ruchikaa Kapoor and he is looking forward to his life with her. He had said, "Ruchikaa is honest when it comes to her feelings. The best part about our relationship is that we are friends first. Being an actor, I have to pretend in front of the camera all the time, but I have found a partner with whom I get to be myself. I've always said that I'm a 'wanderer' and I've finally found the right companion. I am looking forward to my never-ending travels with her."

Ruchikaa had also talked about what had drawn her towards Shaheer and had said, "It is Shaheer's simplicity and humility that drew me towards him. It's rare to find someone who keeps it real and believes in the goodness of people. We come from different backgrounds, but instead of focusing on our differences, we chose to celebrate them. We may make little sense to the world, but we make a lot of sense to each other." (Recommended Read: Kajal Aggarwal's Unseen Reception Photos With Hubby, Gautam Kitchlu, Her Cookie-Studded Cake Is Goal)

We cannot wait for Shaheer and Ruchikaa to share their love story with their fans! 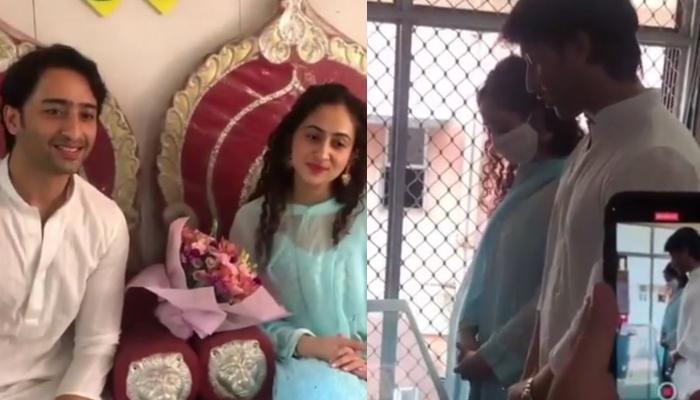 Some relationships aren’t born by blood but are created with love. When we work with someone for a long time, we find a friend, sibling, soulmate and even a parent in them and we cherish that relationship as much as we cherish the real one in our life. Kuch Rang