Flashback ahead, we found an old picture of AbRam Khan and Shah Rukh Khan from the sets of 'Dilwale' and it's a delight to the eyes. Scroll down to check out the picture! 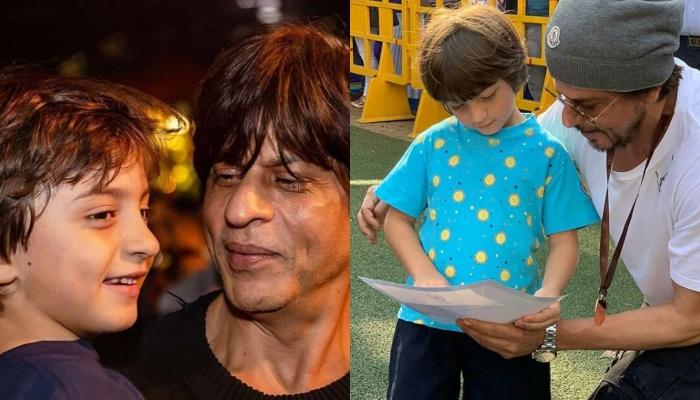 Amongst his three musketeers, Aryan Khan, Suhana Khan and AbRam Khan, no doubt the youngest one, cute little goofball, AbRam is the most pampered and is the apple of the eyes of superstar, Shah Rukh Khan and his wife, Gauri Khan. Over the years, the actor has become immensely vocal of his love for his kids and proudly flaunts his precious treasures. Social media has given us a lot of such wonderful moments between the doting father and son, be it vacation pictures of Shah Rukh playing with AbRam on the beach and many more. Scroll down to witness one such throwback loving moment! (Recommended Read: 14 Beautiful Love Stories Of Famous Cricketers And Bollywood Divas)

Shah Rukh had taken the internet by storm when he had introduced his little bundle of joy, AbRam Khan. He had shared a cute picture of AbRam and along with it, he had wished all his fans Eid mubarak and had written, “Eid Al Adha Mubarak to everyone. May all have the happiness that life has to offer. The littlest one wishes you too.” There's not a shred of doubt in the fact that AbRam Khan is the superstar of celebrity kids lot and enjoys a major fan following. Scroll down to check out an old BTS picture of AbRam playing on the sets of Dilwale! 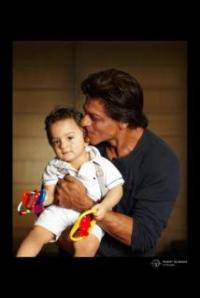 We stumbled upon a BTS picture of cute little AbRam from 2015, which was clicked on the sets of Dilwale. King Khan can be seen giving his candid, signature smile, the sheer glimpse of which makes our hearts swoon! AbRam was busy in his own world, playing and not giving even a bit of heed to the camera. Shah Rukh had posed for the picture with actress, Chetna Pande, leaning against a car, while AbRam had looked cute as a button, busy playing inside the car. The superstar had looked suave in a blue shirt and black jeans. Take a look at the picture below: 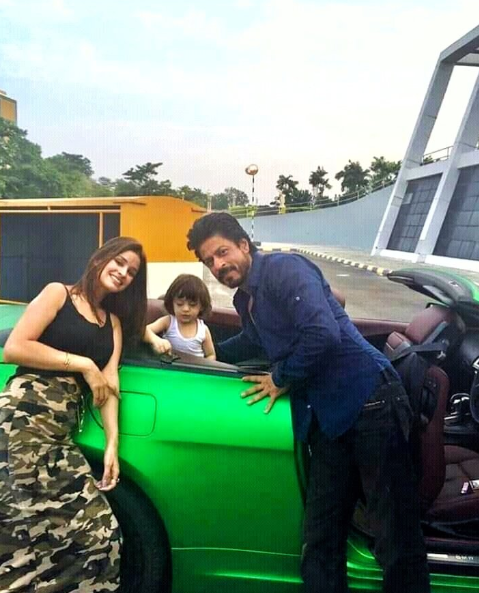 Bollywood superstar and the king of millions of hearts, Shah Rukh Khan is a doting father, for whom nothing else matters when it comes to his kids. We can see a glimpse of his care and affection for his little one, AbRam in a snippet of this old interview, wherein AbRam was seen telling his dad, Shah Rukh in the middle of an interview, that his thumb has broken. Being the ever affectionate and extremely loving father that he is, Shah Rukh had called AbRam and had asked him to show his thumb. He had then very cutely kissed his thumb and had comforted him, to which AbRam had stated his satisfaction that it is fixed. The adorable video of the father-son duo is too cute for words. (You May Also Read: Irrfan Khan Had Congratulated His Son, Babil On Seeing 'Love Bite' On His Neck)

In an interview with the DNA, Shah Rukh had talked about his little son, AbRam and how he becomes a kid himself, with Abram. Shah Rukh had also stated that unlike his other kids, Aryan and Suhana, the junior Khan is more people-friendly. He had said, "I think he loves being around me. Unlike Suhana and Aryan, he is more people-friendly. He gets happy seeing my fans. On my birthdays, he would just come out to the balcony every hour. The fans keep screaming my name and he comes running to me and says, ‘Papa, peoples have come. Let’s go meet them’. He calls them ‘peoples’ and then, he drags me out because he enjoys waving out to them. He’s a smart, intelligent kid and extremely fun to be with. And with him, I become a kid myself." (Also Read: Sussanne Khan Revealed She Cannot Imagine A Life Without Hrithik Roshan In This Throwback Interview) 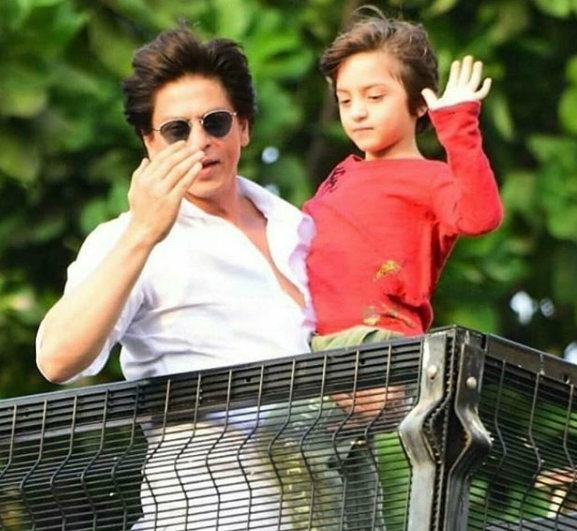 We absolutely love AbRam Khan! What about you?