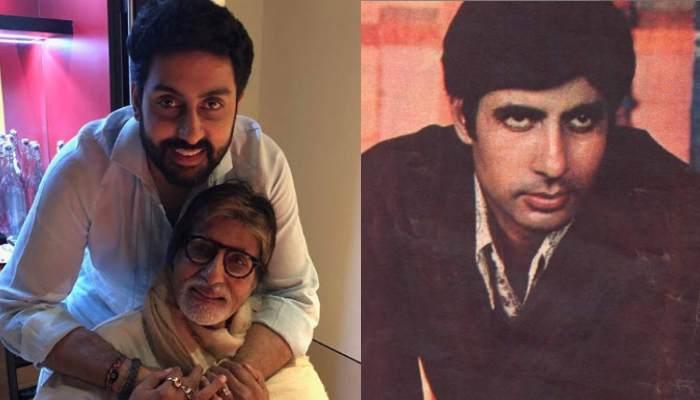 Rishten Mein To Hum Tumhare Baap Lagte Hain Aur Naam Hain Shahenshah – the cult dialogue from the movie Shahenshah is till date considered as the most iconic dialogue of Bollywood, and who could do it better than the man himself! Amitabh Bachchan, a living legacy of Bollywood, is an inspiration to the millions out there who dream each day to make it big in the industry. Every struggler, who dreams to start a career in Bollywood, wishes to see a glimpse of his icon, Amitabh Bachchan the moment they step into the city of dreams. (Also Read: Sana Khaan Unfollows BF Melvin Louis And Deletes All His Pictures From Instagram, Here's Why)

The Shahenshah of Bollywood, Amitabh Bachchan is a living legend who has an array of fine cinema to his credit. Although Amitabh ji started his filmy career as a voice narrator in 1969 with Mrinal Sen’s National Award film, Bhuvan Shome. He started his acting career with the film, Saath Hindustani on November 7, 1969. Although Amitabh Bachchan struggled as an actor initially with twelve flops during the initial stage of his career, he rose to fame with 1973 hit film Zanjeer, which got him the tag of ‘Angry Young Man’. Zanjeer is till date, considered to be Amitabh Bachchan's most iconic performance. 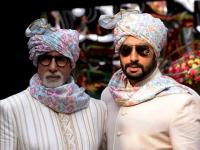 Amitabh Bachchan, who has done more than 200 films till date has completed 50 years in Indian cinema and it was his son, Abhishek Bachchan who posted a heart-melting message for his father. On November 7, 2019, Abhishek took to his Instagram handle and posted a sepia-toned throwback picture of his father and wrote, “Not just as a son, but as an actor and a fan... We are all blessed to witness greatness! There is so much to admire, to learn and even more to appreciate. Several generations of cinema lovers get to say we lived in the times of BACHCHAN!!! Congratulations Pa on completing 50 years in the Film industry. We now await the next 50! Love you.” (Also Read: Varun Dhawan's Girlfriend, Natasha Dalal Opens Up On Her Love Story And Marriage) 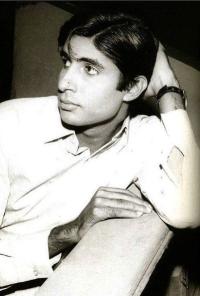 Abhishek considers his father as his inspiration and had always said that he is Amit ji's biggest fan. On Karan Johar’s chat show, Koffee With Karan season 6, Abhishek had revealed it was extremely difficult for him when his father reviewed his performances and gave his views on the same. He had stated, "It's very difficult. I have never said this, but it is. Because apart from being a co-star, a son, I'm also his biggest fan. And I genuinely say that. From the bottom of my heart, I believe that he is the greatest actor on earth."

In the same chat show, when asked if he ever felt heavy-hearted on being a part of a particular film but not the central character, Abhishek had replied, “It very weird...I say this with all the respect to my co-stars, I genuinely enjoyed those films but it is heartbreaking for any actor who has been once centre staged to be on the side... It is difficult to digest. That hurt, that humiliation is important. The industry is a brutal place. No one is entitled to say that I am who I am and I deserve this. Everyone has to earn it. You have to earn your place in the industry. From the centre you move to the left frame, it’s very hurtful.” 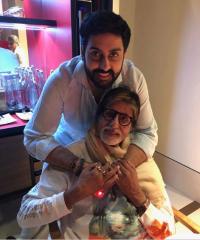 On Koffee With Karan season 6, Abhishek Bachchan’s sister, Shweta Nanda Bachchan had spoken about her father’s reaction on watching Abhishek’s film Manmarziyaan. She revealed that Amitabh Bachchan got so emotional during the film that he cried. On seeing her father, Shweta insisted her father to call and talk to Abhishek on phone but he refused. She had revealed that her father rarely weeps but he could not control his emotions and was totally touched by Abhishek’s performance. (Also Read: Sooraj Pancholi Opens Up About His Father, Aditya Pancholi And Kangana Ranaut's Relationship) 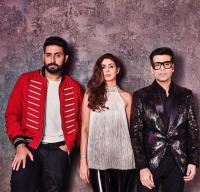 We congratulate Amitabh Bachchan on completing 50 years in Bollywood!