Break-up sucks, especially when you get an unexpected reminder of the feelings of heartbreak. There’s nothing like bumping into a former flame and rip open wounds you thought had healed. For some, an unanticipated rendezvous with their ex might be an awkward situation, but for some, it is a chance to let bygones be bygones and move on in life. And the celebrities are most probable to have such encounters given that the industry is so small and so is the world! (Also Read: Exes Abhishek And Karisma Attend Mohit Marwah's Wedding; Shweta Poses For A Pic With Karisma)

With the innumerous weddings in B-town recently, many ‘walls’ in the industry seemed to have been broken. It was a moment of a lifetime watching Abhishek Bachchan’s former fiancée, Karisma Kapoor and wife, Aishwarya Rai Bachchan twirling and grooving on the song, Dil Chori from the film, Sonu Ke Titu Ki Sweety at Isha Ambani and Anand Piramal’s pre-wedding festivities in Udaipur. Check out the video, in case you missed it:

December 20, 2018, was a big day for Aishwarya Rai Bachchan-Abhishek Bachchan and Karisma Kapoor as their respective kids, Aaradhya Bachchan and Kiaan Raj participated at the annual day of Dhirubhai Ambani International School. Along with them, Shah Rukh Khan-Gauri Khan and Suhana Khan, Sussanne Khan were snapped outside the school as they came to cheer up their kids.

And yet again, it was a platform where Aishwarya, Abhishek and Karisma came under one roof and now that the awkwardness has gone between them, we hoped they cheered for their kids together at the school function. Here’s a video of Karisma exiting the school with her kids, Kiaan and Sameira and soon after her, came Abhishek Bachchan: 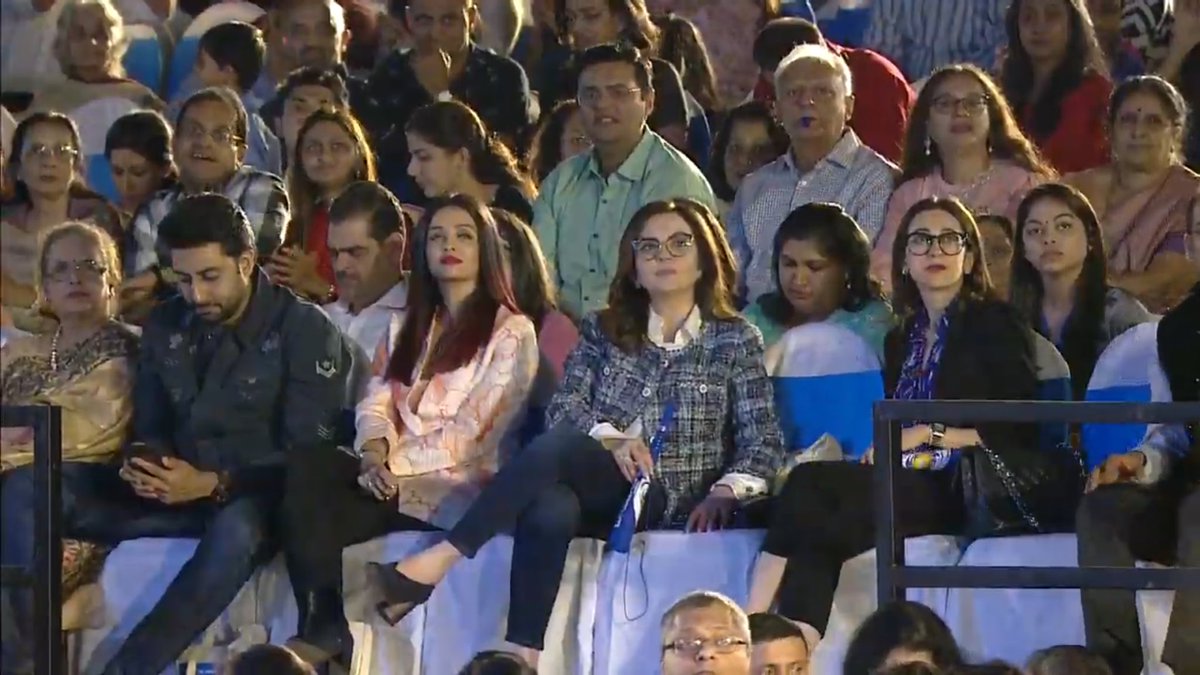 Coming back to the history between Karisma Kapoor and Abhishek Bachchan, two of the most powerful clans of B-town, the Kapoors and the Bachchans decided to turn their dosti into rishtedaari, with the wedding of Karisma and Abhishek in 2002. But fate had different plans for the lovebirds. While everyone was waiting for the wedding bells to ring in the Kapoor and Bachchan households, a shocking announcement of the called-off wedding came in January 2003. (Also Read: Shweta Bachchan Nanda Bonds With Abhishek's Ex-GF Karisma Kapoor, Moved On From Bad Past) 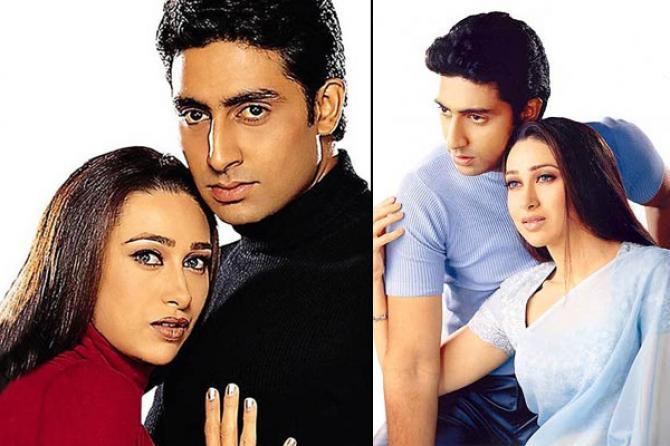 It was Amitabh Bachchan and Jaya Bachchan’s daughter, Shweta Bachchan Nanda’s wedding in 1997 when sparks flew between Karisma and Abhishek, and soon they started dating. Although they managed to keep their relationship under the wraps for five years, in October 2002, on Amitabh Bachchan's 60th birthday celebrations, the announcement of Abhishek and Karisma’s engagement pleasantly surprised everyone. Karisma had then stated, “It feels wonderful to be a part of this family.” After their abrupt called-off wedding, two different dimensions came up speculating the reasons behind their split. A lot of threads on Quora pointed out that the real reason behind the sudden called-off wedding was because Karisma's mother, Babita, wanted a stable and secure life for her daughters. Having undergone a tough phase after separation with Randhir Kapoor, Babita single-handedly raised her daughters, Karisma and Kareena. During the relationship phase, Abhishek made his Bollywood debut with Karisma’s sister, Kareena Kapoor in Refugee, and he was nothing more than Amitabh's son. In addition to the huge professional difference between Karisma and Abhishek, the Bachchan family was also undergoing a rough patch with financial losses and debts, courtesy a failed production house and Amitabh’s deteriorating career. To financially secure her daughter, Babita wanted a prenup to be signed, which was not accepted by Big B. 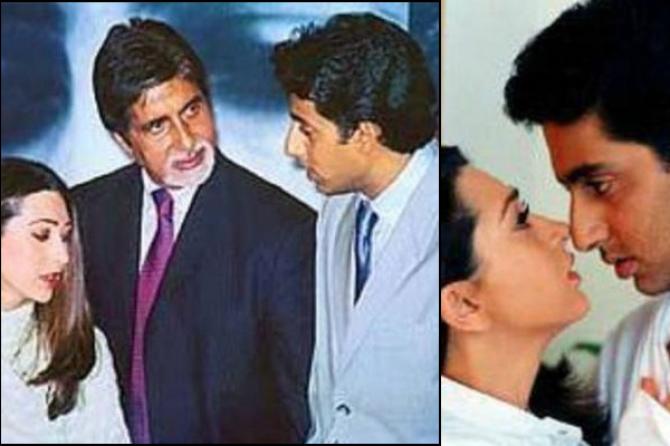 Another conjectured reason was Abhishek’s mother, Jaya ji’s dominating influence over her son, Karisma being asked to discontinue her acting career and Babita’s interference in her daughter’s life. It was the love of Karisma and Abhishek which suffered in the end. But time flew, and now more than two-and-a-half decades later, Abhishek and Karisma have no qualms being under the same roof. (Also Read: Karisma Kapoor Was About To Become A Bachchan 'Bahu' But Ended Up Becoming Sanjay Kapur’s 2nd Wife) 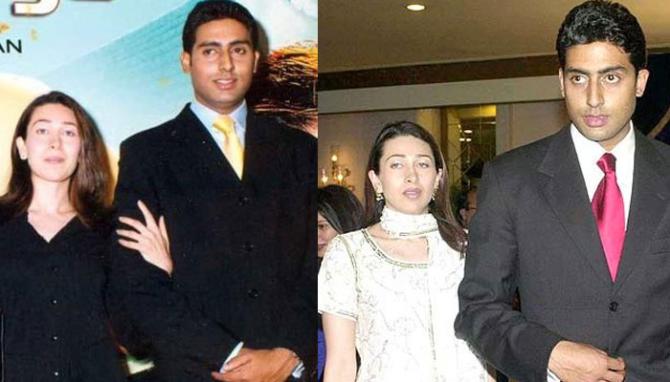 We wish Karisma Kapoor and Abhishek Bachchan, and their respective families, all the happiness in the world and success in their future endeavours. There’s one unwritten rule to which every celebrity swears by - 'Avoid bumping into your ex or his/her relatives'. Celebrities try to avoid such circumstances where they are probable to have awkward encounters with their ex and their closed ones, not only because of obvious reasons but also to avoid