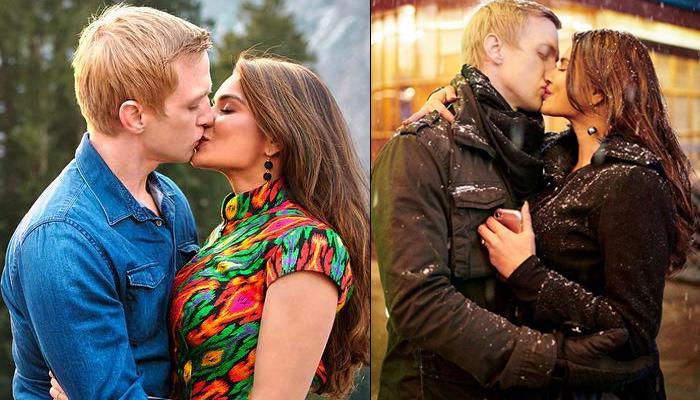 Naagin fame actress, Aashka Goradia Goble and her firangi hubby, Brent Goble are in the honeymoon mode since their wedding on December 3, 2017, as per Hindu rituals. Aashka and Brent walked down the aisle and exchanged their wedding vows on December 1, 2017, in a white wedding. The lovebirds, Aashka and Brent are exploring the world together and sharing pictures of their travel diaries on their joint Instagram handle, kissmetherediary. (Also Read: Aashka-Brent Tied The Knot, Here Is The Complete Wedding Album Of This Unique 'Firangi Ki Baraat')

And as the name suggests, this profile is filled with romantic pictures of Aashka and Brent where they can be seen sharing a moment of love by kissing each other. When asked Aashka if this is their conscious decision to post these pictures, she stated to a leading media portal, "There is no question of any kind of a comfort zone when using such content on my social media. For me, it is an expression of love and celebration that I am absolutely open to, and nothing else."

On June 3, 2018, Aashka and Brent completed six months of their marital bliss and both took their Instagram handles to share some special pictures with their fans. Sharing a group of pictures from their wedding, Aashka captioned them, “@ibrentgoble I will celebrate you, I will love you for the rest of my life, each day and more.... #happysixmonths #kyathiaayo” (Also Read: Aashka Is Looking Like A Perfect 'Nayi Dulhan' In Her Sindoor And Mangalsutra Look)

Brent shared a picture from their white wedding and captioned it, “@aashkagoradia 6 months ago, this happened. How time has flown and how much we’ve grown. Tum meri duniya ho. #anniversary #married #husband #wife #love #couples #wedding #family”

Reminiscing about how he met Aashka for the first time in Las Vegas and how cupid struck, Brent was quoted as saying, "I was working at Hakkasan nightclub for the evening for some of our company’s clients. Calvin Harris was performing that evening, which draws the biggest crowds in Vegas. I was waiting for the clients. I noticed Aashka and her friend standing about 10 feet from my table. After exchanging a few glances, I invited her to sit with me. She and her friend agreed to give me company till my clients arrived. She was shy and to be honest, didn’t seem interested. I thought she was lovely, but I didn’t want to seem pushy." (Also Read: 'Royal With Elegance' Bridal Looks Of Aashka Goradia That Brides-To-Be Can Get Inspire From)

Speaking about marrying Brent, Aashka shared in an interview with the Hindustan Times, "It’s a fabulous feeling. I am married to the man who completes me and my life. From I to We from Me to Us - life has changed, as from now on, every action, every thought revolves around the two of us and not just either of us! Companionship and unity are now a permanent part of our lives. It’s a wonderful feeling to know that I have always someone by my side in this journey ahead." (Also Read: Aashka's Emotional Words Reflect Why It Is Impossible To Stop Missing You Father After Marriage) 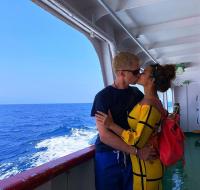 Aashka recently started her new venture, Renee by Aashka and her focus is entirely on it. Speaking of the same, Aashka informed, "My focus is definitely on my new venture now but I want to do an action-packed role on television. My body, my mind and my acting skills are ready and aching to be a part of an action series irrespective of the platform. I have done historical, mythological, I have played a girl next door and also a vamp, I have done it all." (Also Read: Newbie Bride Aashka Reveals One Habit That She Thinks Her Hubby Would Want To Change About Her) 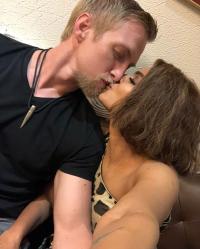 Further adding that she hasn’t left acting, Aashka retorted, "I haven't quit acting, not happening anytime soon. It was always a dream to start something of my own but it took some time to figure, it had to be something I'm passionate about to have my heart and mind in place." Aashka continued, "This (acting) industry introduced me to make-up and I fancied the art. This brand is my baby. When you are starting out, there are many risks you take, an effort to stand out of the clutter...patience as everything takes longer than planned. But in the end, it is the most satisfying job and you get a good night's sleep." (Also Read: 'Nayi Dulhan' Aashka Shares 1st Pic With 'Pati' Brent Post-Wedding In Front Of The Monument Of Love)

About her husband, Brent, Aashka remarked, "My husband is currently pursuing a degree in yoga and will be a certified trainer in four months once he completes his 900 hours of training. He has his heart, mind, soul and focuses preparing to live a yogic life and once he acquires a degree that is internationally acclaimed, he will begin his practice." On how her life changed after marriage, Aashka went on to say, "It's changed in ways more than one. Earlier, I would keep engaging my energies to get things done but since Brent has been in my life, it's been a smooth journey. I know he's around to help me. I always have his back which keeps me going. You know the push that one needs." (Also Read: Aashka's Unique Customised 'Mangalsutra' Is A Design We Have Never Seen Before)

We wish all the luck and success to Aashka Goradia Goble for her new venture, Renee By Aashka and Brent Goble for his yoga course.

Next Read: Abhishek And Aishwarya's Wish For Amitabh And Jaya On Their 45th Anniversary Is All About Love 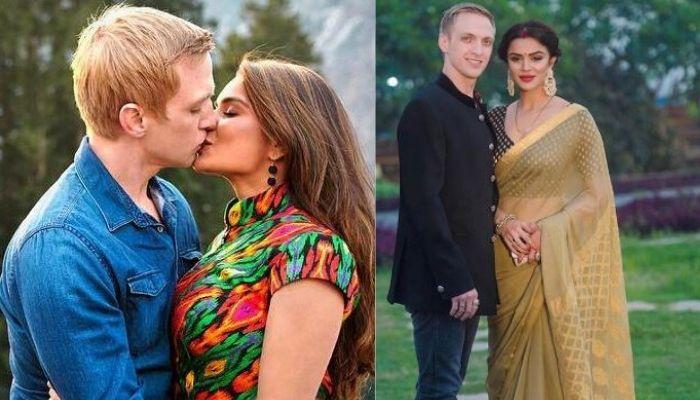 Aashka Goradia had gotten married to her long-time beau and businessman, Brent Goble on December 03, 2017. We have seen how caring the two are and how for them it is all about each other and their happiness. Love has to be like this when your partner’s happiness and emotions