Television actress, Aashka Goradia and her long-time boyfriend, Brent Goble got married last year on December 03, 2017 as per Hindu rituals. Prior to this, they took the nuptial plunge on December 01, 2017, in a white Christian wedding. Today (December 03, 2018), Aashka and Brent are celebrating their first marriage anniversary, and apart from their anniversary wishes to each other, which are beyond adorable, their fans have gotten reminded of the beautiful moments from Aashka and Brent’s wedding last year. (You May Like: Isha Ambani's Family Picture With Parents, Brothers And Bhabhis, Shloka Mehta And Radhika Merchant)

Aashka Goradia Goble, on her first marriage anniversary, took to her Instagram handle and wished her husband, Brent Goble, a very happy marriage anniversary. She shared a video of her precious wedding moments, and beautifully captioned it as, “THE BEST YEAR OF MY LIFE! Many more to come... HAPPY FIRST ANNIVERSARY @ibrentgoble. You are my whole world. This aisle made my life shine, each step I took towards you made the good stay and the bad go. Your love is my power. Power to recognise so much more. So thankful for everything. #happyfirstanniversary #mrsgoble #kyathiaayo #athousandyears.”

Brent Goble, on the other hand, shared the following picture and wished Aashka on their first marriage anniversary by captioning it as, “1 year ago, on the other side of the world, my life transformed forever. Dressed in my mother’s gown, my eyes welled up with the most beautiful sight I had ever seen. It was a moment that I would never forget. Each detail would be etched into my memory forever. Since then we charted new paths together, hand in hand. Faced new challenges, hand in hand. And grew as individuals and together, hand in hand. How you have enriched my life...how kind God is. I love you, @aashkagoradia. #married #anniversary #husbandandwife #familytogether #india #memories #journey #couples #couplesgoals #marriedlife.” (Suggested Read: Priyanka Chopra Trolled For Having Fireworks At Her Wedding, Despite Supporting Cracker Free Diwali) 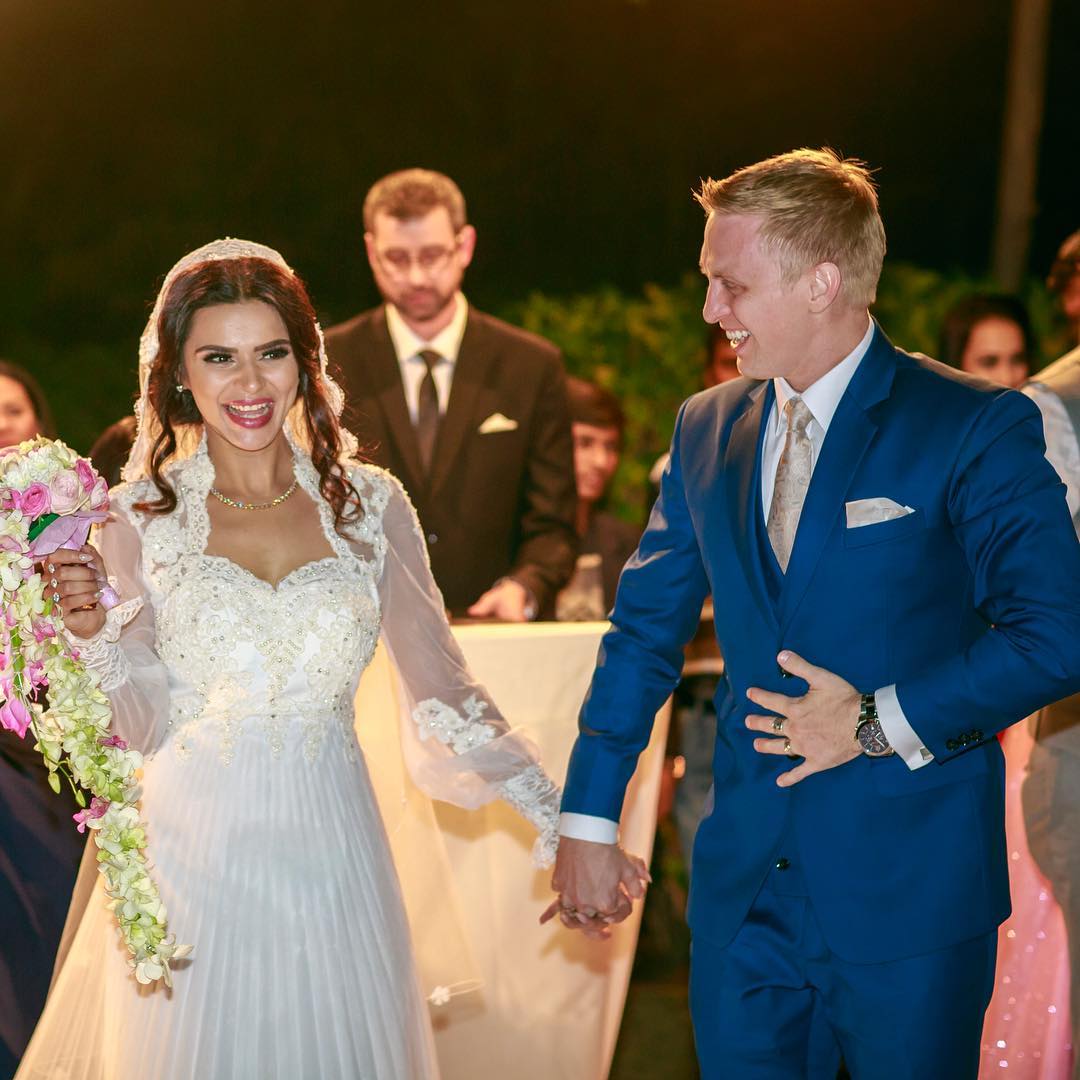 It must be noted here that 3 days ago, on November 30, 2018, Aashka shared a video from last year in which she, along with her husband, could be seen waiting at the airport for the latter’s family attending their wedding. Aashka captioned the video as, “@ibrentgoble Today, last year! #mineRepost @aashkagoradia. Months of planning and now the feeling begins to settle in, yes it’s finally happening! Excited, happy, and anxious as we waited for the arrival of our family at the airport! And here comes the groom’s side and our baraat as we welcome them to India! @ibrentgoble #breshka #breshweds #indiameetsamerica #firangikibaraat.” Take a look:

Recently, on November 27, 2018, it was Aashka’s 33rd birthday and hubby, Brent had the sweetest birthday message for her. He wrote on his Instagram handle, “The best woman I’ve ever known. The one who holds my heart, my entire world so effortlessly in her hands. You’ve grown so much in a year. And we have grown so much together. But this year you shattered all expectations and is paying off in ways you never imagined possible. In ways I never thought possible. You created something from a thought into a reality. And soon it will be a leviathan. You continue to redefine the standards of excellence. I’ll keep up this next year. Time for me to truly step up. May this year be the one where everything changed for the best! Let’s manifest this together, my love. #happybirthday #goals #bosslady #dreambuilding #bosswoman #entrepreneur #businessempire #crushingit #confidant #inspiration @aashkagoradia.” 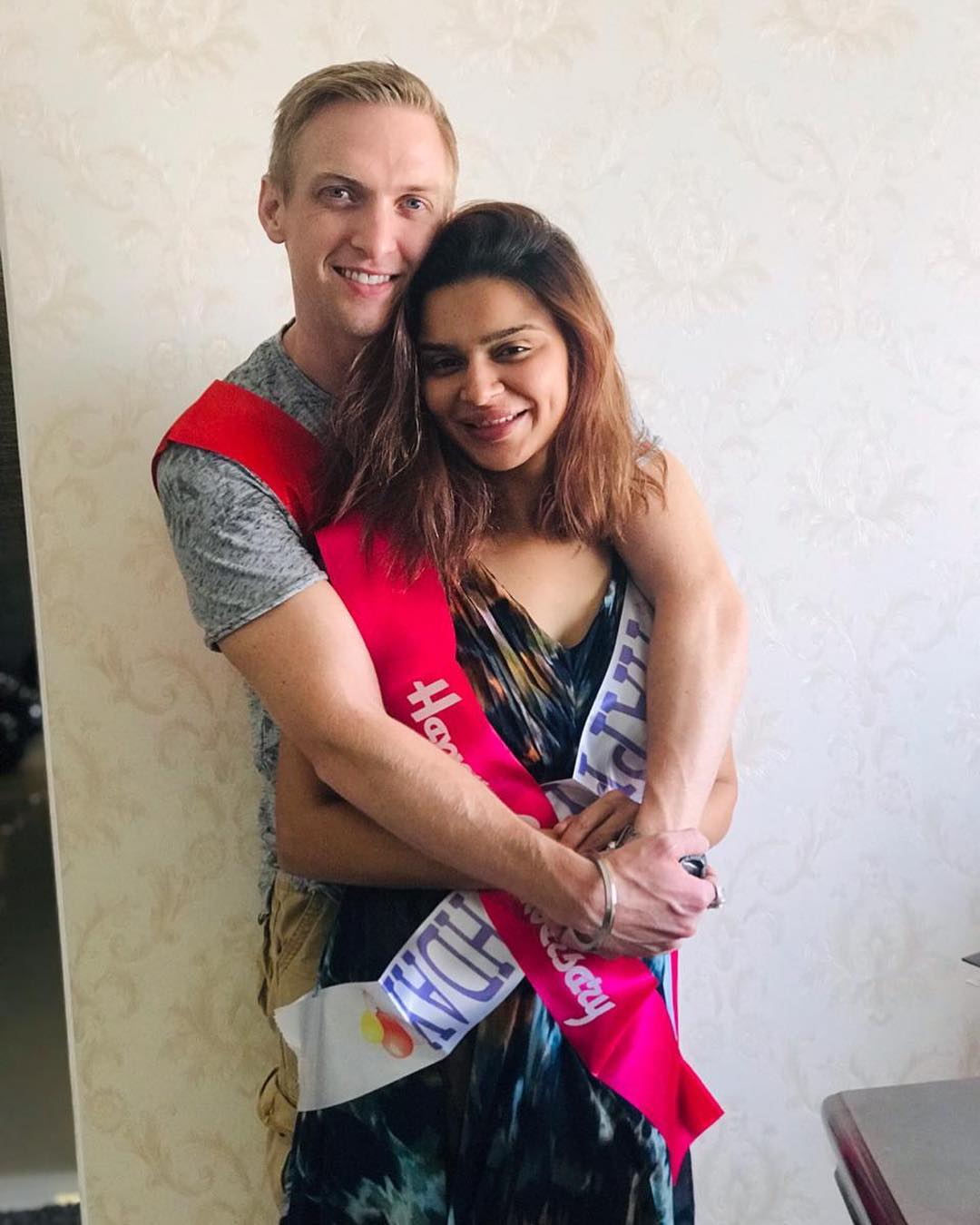 Recently, talking to Humans of Bombay, Brent revealed the first time he met Aashka, “2 years ago, she decided to fly down to Vegas. On her last night there, she told me later, she felt as though she had to go to Hakkasan - ‘something there was going to change her life.’ And there I was... waiting for my colleagues. When she walked in, I saw her & I just had to approach her. But when I did, she was cautious & cold. So, I kept on talking to her friend until she realised how approachable I was. I guess she couldn’t resist! At the end of the night, we exchanged numbers. Then she had to leave- it was one of those long goodbyes that just keeps you wanting more.” (Read Their Full Love Story Here) 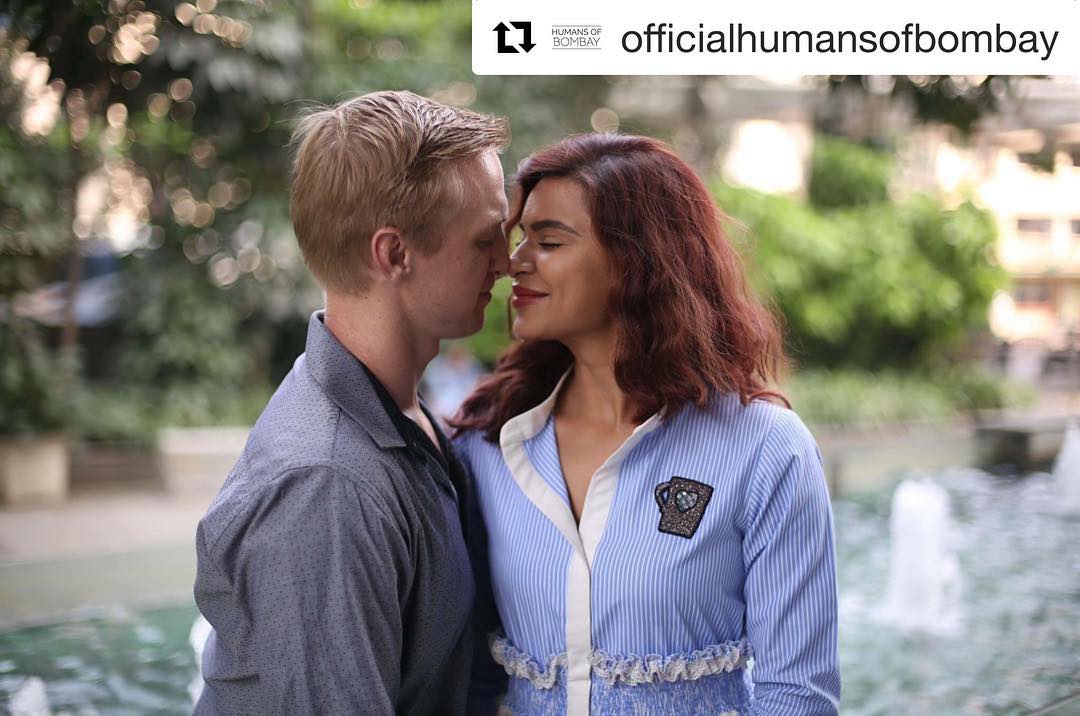 Wifey, Aashka, too has always been vocal about her love for Brent and post their marriage, she wrote on her social media handles, “@ibrentgoble Strangers to acquaintances to boyfriend and girlfriend to fiancé and now to HUSBAND AND WIFE! We've had beautiful moments in the last one and a half year but a new chapter has just begun! As our first trip after wedding is about to end, I realise my world has only enhanced its beauty...And in this forthcoming journey of a lifetime...I am so happy and proud to now be known as Mrs. Brent Goble! #FirstPicAfterWedding.” A very happy first wedding anniversary to Aashka and Brent. 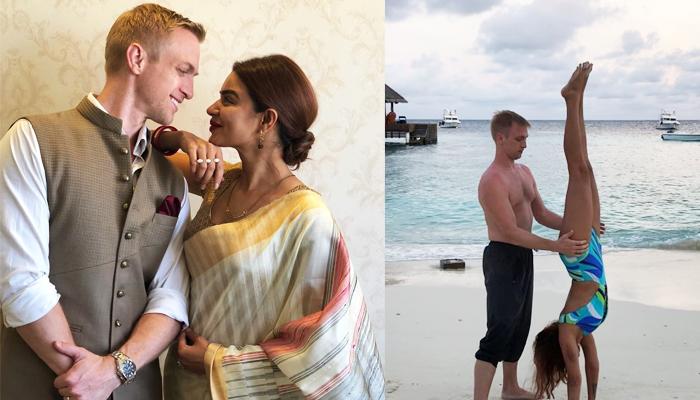 It was last year on December 03, 2017 when popular Indian television actress, Aashka Goradia and her long-time boyfriend, Brent Goble walked down the aisle in Ahmedabad. Theirs was a two-wedding affair- first, a white Christian wedding and second, a lavish Gujarati wedding. In almost two weeks from today, Aashka and