Aakanksha Singh and her now hubby, Kunal Sain had gotten engaged on July 11, 2013. Aakanksha shared an engagement anniversary wish with a passionate liplock. Na Bole Tum Na Maine Kuchh Kaha, Kaha… Magar Na Jaane Aisa Kyon Laga, Laga- Whenever we hear the lyrics of this song, two people come to our mind. Amol Palekar and Aakanksha Singh. Why we think about Amol ji is something that we all know, but Aakanksha’s character as a widowed mother, backed by two children fighting for justice in the very serial, is something that we will always remember. In over two seasons, before she even knew about it, Aakanksha had already become a household name. (Do Read: Latest Picture Of Kareena Kapoor Khan And Saif Ali Khan From London, He Flaunts An Uber Cool Tattoo)

And when you are in love with your telly town celebs, you better know what’s brewing in their personal life and hence, this one’s for you! Many of you don’t know, but Aakanksha Singh is a happily married ‘boss lady’! She had tied the knot with the love of her life Kunal Sain on December 7, 2014, in Jaipur after tonnes of dating speculations. All of their pre-wedding functions like haldi, mehendi, sangeet ceremonies were held according to traditional Rajasthani (Marwari) style in the land of Jaipur. 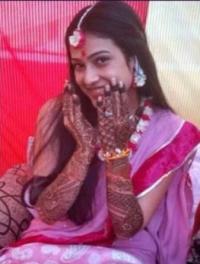 Before we tell you more about it, let us give you slight details about their engagement. Aakanksha Singh and her now hubby, Kunal Sain had gotten engaged a year-and-a-half prior to their marriage. It was on July 11, 2013, when Aakanksha had gone a step towards being all taken by Kunal and yesterday (July 11, 2019), they completed 6 years of their engagement. For the same, Aakanksha took to Instagram and posted a picture of a passionate liplock with her Prince Charming. The picture that she had posted had a view of the famous Hawa Mahal in the background. Sharing the picture, she wrote, “That’s My Prince Charming. Happy 6 years of engagement my sunshine, thank you for each nano second you have spent with me. I like the way, you use the kisses as a method to shut me up anytime #togetherforever @kunalsain.” To which, Kunal commented, “Love love love so blessed to have you.” 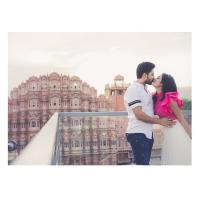 A 2013 TellyChakkar report contained details about Aakanksha Singh and Kunal Sain’s engagement. Aakanksha’s co-star from NBTNMKK, Siddharth Arora was contacted about the same back then about their engagement. This is what he had shared, “Yes, it is Aakanksha’s engagement today at Jaipur. We actually wanted to make it to the ceremony, but unfortunately could not. With Megha not being there, we had to shoot. We have already sent across our apologies to her. But we await a great treat package once she is back (smiles).” Further wishing her on the same, Siddharth had added, “Aakanksha is a very nice person, a close friend. I have met her fiancé Kunal too and must say, they are made for each other. I wish them all the luck for a great future ahead.” (Must Read: Shakti Kapoor Has A Witty Reaction To Daughter Shraddha Kapoor's Wedding Rumours With Rohan Shrestha)

Soon after their wedding in 2014, Aakanksha Singh had given her best as Anahita in a television show named, Gulmohar Grand. Confirming the same with The Times Of India, the actress had stated, “I have started shooting for the serial. And I’m very excited to see myself in the role.” She had also talked about her life post-wedding and had added, “For both me and Kunal, nothing has changed. It’s all the more same, except that now I have more people in my life, who love me and care for me.” 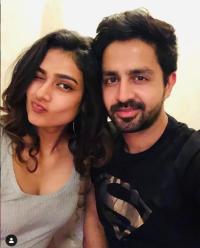 Aakanksha Singh had also revealed her honeymoon plans in an interview. She had shared, “Soon after tying the knot, we left for Thailand, Bali and Phuket for our honeymoon. And then I resumed work and joined the shooting of my new upcoming show, which will go on air either in February or March.” She had further added, “I had a week’s time so I came here to celebrate Makar Sankranti with my in-laws and husband. Since it’s the first big festival after the wedding, we celebrated with all rituals. Though I was to leave soon after the fest, I extended my trip till the literature festival, which has become a must-attend in my schedule too.”

Aakanksha Singh, in yet another throwback interview, had revealed how she had met hubby, Kunal Sain, “I met Kunal, a marketing professional, at an event six years ago. Apart from being a couple, we are also family friends. So, we know each other really well.” Talking about the secret behind their successful relationship, Aakanksha had shared, “Trust, love and care are most important for any relationship and it works for us as well. Above all, Kunal is my best buddy. I can be myself and talk my heart out to him.” (Also Read: Sushant Singh Rajput Gave A Special Gift To Rhea Chakraborty On Her Birthday, Details Inside) 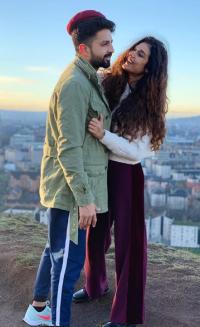 Aakanksha Singh, in an interview with the Hindustan Times, had revealed yet another interesting instance about their first meet. She had stated, “I first met Kunal at an event organised by him in 2006 where my sister was invited as an anchor. I tagged along and got to meet him and it was there we became friends and then lovers. It took a while but I feel I have known him for the longest time.”