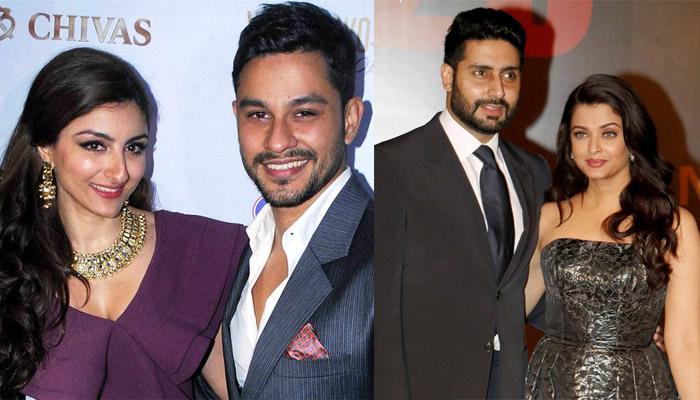 Mark Twain had rightly said that age is an issue of mind over matter. If you do not mind, it does not matter. We have all seen ageing heroes romancing young heroines, but dynamics of love are changing rapidly. The age bar has taken a backseat, and many of our Bollywood celebs are setting the right example in this context. Be it huge or little, age difference has never come in the way of the romance of these Bollywood couples.

Here, have a look at some of the most successful couples in Bollywood, who took the plunge and got married despite their age differences.

Recommended Read: 10 Popular Television Men Who Are Younger Than Their Wives 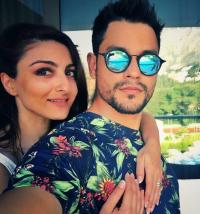 The Go Goa Gone actor, Kunal Khemu, is five years younger than his wife, Soha Ali Khan. Love sparked between the two in 2009, when they worked together in the movie, Dhoondte Reh Jaaoge. The couple had always been quite open about their relationship and they even moved together in 2013. After being in a live-in relationship for two years, Kunal proposed Soha in Paris, in 2014. The couple got married on January 25, 2015, and were blessed with a baby girl named Inaaya in September 2017. Their love and commitment towards each other certainly show that the age difference was never an issue for these lovebirds.

Film editor-turned-director, Shirish Kunder, is eight years younger than his wife, Farah Khan. Shirish was the editor of Farah’s directorial debut Main Hoon Naa. Their friendship on the sets soon changed into love. The society odds like 8-year age gap and different religions too could not stop these two lovebirds from being one. They got married in 2004, and are blessed with two daughters and a son. In Farah’s words:

“I don't know if one is reborn or not, but if it were so, then I would like to marry Shirish in my second birth too."

Also Read: 10 Bollywood Celebrities Who Got Married Before Becoming Famous 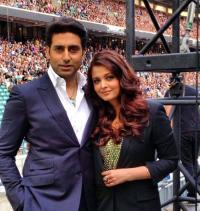 The power couple of Bollywood, Abhishek Bachchan and Aishwarya Rai Bachchan, also have this age-angle to their love story. Abhishek is two years younger than his wife, Aishwarya. After much speculation concerning their relationship, the couple got married on April 20, 2007. Be it their age difference, Aishwarya’s manglik yog, or anything else, there was nothing that could stop the two of them from tying the knot. They are such an adorable couple of Bollywood that their young daughter, Aaradhya, has already become a ‘celebrity’, much before she can barely understand this term.

Read the love story of another famous couple of India with such age difference: The Love Story Of Anjali And Sachin Tendulkar

Director-turned-actor, Farhan Akhtar is married to Adhuna Bhabani, who is six years older than him. Adhuna met Farhan when he was still writing the script for Dil Chahta Hai. They got married in the year 2000, and are blessed with two daughters. Due to compatibility issues, the two parted ways in 2016. The ex-couple officially got divorced in 2017 and the custody of their daughters was given to Adhuna.

After surviving quite a few turbulences, Zarina and Aditya have been married for almost three decades now. Aditya, who is six years younger than his wife, said that age was never a problem for them. Fortunately, even their families were very supportive of their marriage. Zarina believes that it is destiny that brought them together, and their love for each other has kept their marriage strong.

Also Read: Most Surprising Bollywood Celebrity Marriages Of All Time

Legendary actor, Sunil Dutt got married to Nargis, who was a year older, and also a bigger star than him at that time. Their relationship began when Sunil Dutt saved her from the fire that broke out on the sets of the 1957 film Mother India. Once Nargis wrote to Sunil:

“Darling, don't get angry, but remember even if I die, I will always be there with you spiritually. I am so much attached to you that even death can't take me away completely from you.”

We must say, when love speaks such a refreshingly vibrant language, age certainly becomes an inconsequential number.

Must Read: Bollywood Celebrities Who Found Love In The Bigg Boss House

After going through a failed marriage, Archana met Parmeet Sethi at a friend's place and hit it off instantly. Parmeet, who is seven years younger than Archana says, was bowled over with her beauty and grace. They had a live-in relationship for four years. Parmeet’s parents were against their marriage, but against all the odds, the two got married. They have been together for more than 20 years now, and are still very much in love. In Archana’s words:

“Had age been the paramount criterion, then so many marriages with the right age ratio would not have fallen apart."

Must Read: The Inspiring Journey Of Parmeet Sethi And Archana Puran Singh Will Make You Want To Fall In Love

Arjun Rampal and Mehr Jessia fell for each other, married, have two lovely daughters and after 20 years of marriage, the two have decided to go on their separate paths but in an amicable manner. Arjun tied the knot with the former supermodel, Mehr Jessia in 1998. Mehr is two years older than Arjun.

This leggy lass of Bollywood, Shilpa is three months older than her husband. Raj and Shilpa met often during the launch preparations of Shilpa’s perfume, S2, and in no time fell in love. Supposedly, Raj always harboured a special place for Shilpa in his heart. They tied the knot on November 22, 2009.

New entrants in this list are newlyweds, Karan Singh Grover and Bipasha Basu. Karan is 34 years old and Bipasha is 38. The two had a monkey wedding on April 30, 2016. Earlier, Karan’s mom was against this marriage because of the age difference but later agreed to their alliance. They have clearly proved that age is just a number when love is true! 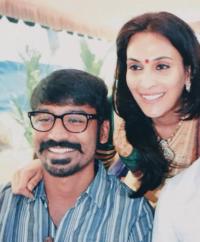 Another couple included in this list is the Southern superstar, Dhanush and his wife Aishwarya (daughter of Rajinikanth). The actor is 2 years younger to his wifey and the two have great understanding and respect for each other. The couple got married in 2004 and have been going strong since then!

Amrita was already a big star in Bollywood when she fell in love with a very young Saif. Saif was only 21 years old when he tied the knot with Amrita (in 1991), who was 33 at that time. They got married against Saif’s parents’ wish. They had a 12 year age gap but that didn’t stop them from falling for each other. The couple ended their 13 years of marriage in 2004.

Be it fashion or relationships, Bollywood has always been a key trendsetter in the nation. These couples with their successful relationship have proved that true love recognises no barriers, and is really an inspiration for many.

Bollywood and those connected with it present a fantasy world to the common people in India. The fans want to know everything about their favourite screen idols, especially their marital status. Often an actor or actress goes on to become a roaring rage with the opposite gender as they gain