List of TV celebrities who are in a relationship with their on-screen brothers and sisters. Take a look! 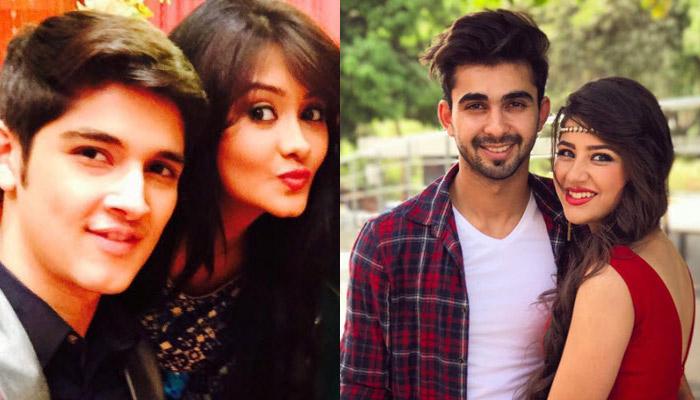 It is the talent of our actors that keep us hooked to our screens. We laugh and cry with them. They make us feel many powerful emotions to such an extent that we cut off ourselves from reality. These celebs know that there is a huge difference between the characters they play on-screen and who they are in real life.

This makes it easier for them to date their on-screen arch-enemies, siblings and even parents. Here we have a list of few celebs who are in a relationship with their on-screen brothers and sisters. Take a look!

Rohan Mehra aka Naksh of Yeh Rishta Kya Kehlata Hai made a declaration about his love life before going into the Bigg Boss house. He stated that he is seeing his co-star Kanchi Singh who played the role of his cousin, Gayu. Since they both were playing brother and sister on-screen, the makers of the show asked them to keep their relationship under wraps. Rohan came out with his relationship only when he decided to quit the show.

Kiran Karmarkar and Rinku Dhawan, both are prolific actors and worked together in Kahani Ghar Ghar Ki. Kiran played the role of Om Agrawal while Rinku portrayed the role of his sister, Chaya. They got married to each other while the show was still on. Also Read: 'Kahaani Ghar Ghar Kii' Fame Kiran Karmarkar And Rinku Dhawan To End Their 15 Years Of Marriage

The Mere Angane Mein co-actors, Neeraj and Charu have known each other for long. They were friends before they started playing the role of brother and sister on-screen. Their common friend tried to set them up, but nothing happened at that time. They fell in love with each other when they started working together. Presently, Charu is married to Rajeev Sen, brother of Sushmita Sen. Also Read: Charu Asopa Is Waiting For 'God's Direction' As Her Marriage With Rajeev Sen Hits A Rough Patch

Avinash and Shalmali played brother and sister-in-law for the show Iss Pyaar Ko Kya Naam Doon 2. Though at first, they avoided each other due to some prejudices, later on, they realised that they were wrong about each other. Soon they became friends and then tied the knot.

For Yash and Gouri, it all happened on the sets of Kahin Kissi Roz. They played the famous jeth-bhabhi on the show. It was while working together, they realised that they are perfect for each other. Now they are enjoying their lives with their two beautiful children.

Also Read: 9 Celebs Who Can't Stand Each Other After Their Break Up Or Divorce

Mazhar and Mouli had completely different preferences when they started playing each other's brother-in-law and sister-in-law on the show, Kahin Kissi Roz. Different religions and preferences didn't come in their way and they decided to tie the knot. Also Read: 11 Actresses Who Happily Chose Their Families Over Making A Career In Bollywood

Abhishek and Aditi aka Ruhi and Aditya of Yeh Hai Mohabbatein seem like the perfect brother-sister duo on-screen but are rumoured to be dating in real life. These young actors are always seen hanging out together and spend hours together after the shoot.

These celebs might make you believe in the characters that they play, but their real-life is very different from their reel life. These celebs are happy in their relationships and that is what matters. We wish them all the best for their future. 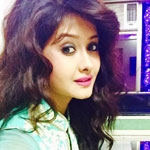