From Kareena Kapoor Khan to Kalki Koechlin, meet celebrity mommies, who opted for prenatal Yoga to stay mentally and physically fit during the tough nine months of pregnancy. Check it out!

The journey of being a mother is not at all easy! A woman goes through physical, emotional, and mental rollercoaster, the moment she sees the red lines (denoting she is pregnant) on her pregnancy test kit. From durr ki chachi to padoswali aunty, everyone has advice for her. The mom-to-be often oscillate between 'yeh mat karo' and 'vo mat karo', which makes her confused whether she is pregnant or ill. However, Bollywood actress, Kareena Kapoor Khan had given a perfect reply when she had stated in a 2016 interview, 'I'm pregnant, not a corpse'!

Well, we must thanks celebrities mommies, who had busted the myths around pregnancy and gave a lot of breathing space to every mom-to-be. However, things got a lot better, when celeb mommies opened up on their pregnancy journeys and tried to spread awareness on physical and mental health during this period, which can be attained through yoga. From Kareena Kapoor Khan to Anushka Sharma, meet our 6 celeb mommies, who opted for prenatal yoga to stay fit during pregnancy! The gorgeous mommy of two adorable princes, Kareena Kapoor Khan has defied many societal notions during both her pregnancies. From walking the ramp during her first pregnancy to working till the end of her trimester in her second pregnancy, Kareena has become an inspiration for millions of moms-to-be. During both her pregnancies, Kareena had shared the importance of practising yoga to stay fit amidst the pregnancy. Once, in a media interaction, she had revealed that she does at least one hour of yoga. After all, it helps her keep the mind and body fit. 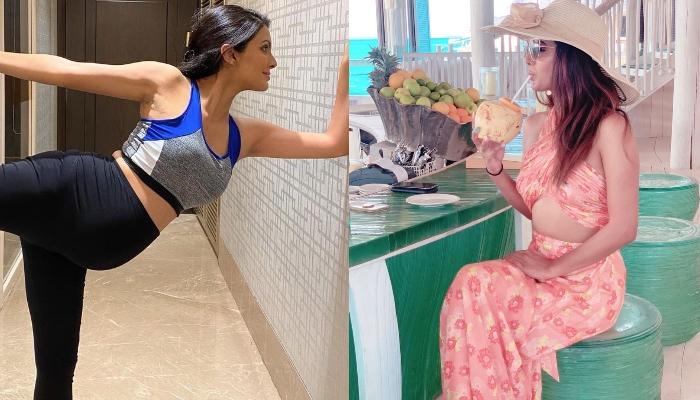 Indian cricketer, Harbhajan Singh's wife, Geeta Basra is enjoying every moment of her second pregnancy journey. Recently, Geeta had shared how she is keeping herself healthy amidst her pregnancy and Coronavirus outbreak. She had revealed in her Instagram post that she has been practising yoga to avoid cramps and backache. She had also shared that during this time when she can't go to the gym to stay fit, yoga has kept her happy and fit.

Also Read: 16 Post-Pregnancy Transformation Of Celebrities Who Bounced Back To Slim Original Look 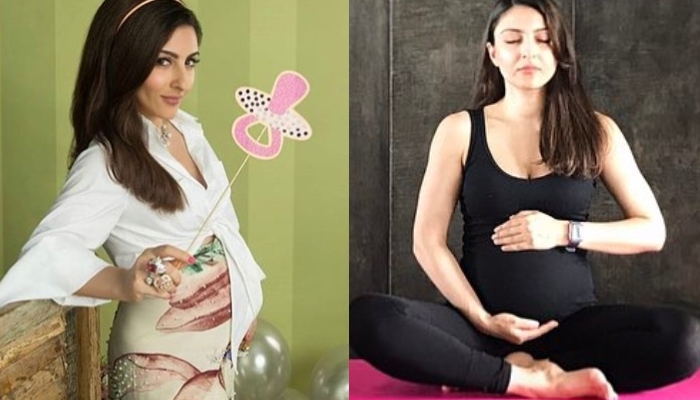 Just like her sister-in-law, Kareena Kapoor Khan, Soha Ali Khan didn't shy away from flaunting her baby bump. In fact, she had also busted the myth that pregnant women can't practise yoga when she was carrying her baby girl inside her tummy. We remember her gorgeous picture from the year 2017, wherein she was acing a yoga asana, and had shared that she is ready for the motherhood. 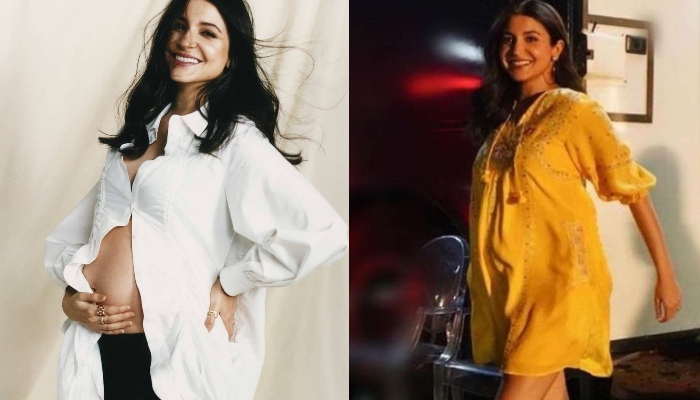 Bollywood actress, Anushka Sharma had made everyone happy when she had announced her pregnancy news. Everyone's eyes were fixed on the actress' IG feed, which was filled with happy baby bump pictures. And she had left everyone surprised when she had performed a difficult yoga asana with the help of her darling hubby, Virat Kohli. Alongside it, Anushka had talked about the most difficult yoga asana:

"This exercise is ‘hands-down’ (and legs up) the most difficult one. P.S. – As yoga is a big part of my life, my doctor recommended that I can do all such asanas that I was doing before I was pregnant( after a certain stage)barring twists & extreme-forward bends, but of course with the appropriate and required support. For the Shirshasana, which I have been doing for many years, I ensured that I used the wall for support and also my very able husband supporting me balance to be extra safe."

Also Checkout: Virat Kohli And Anushka Sharma's Combined Net Worth, Own A 34 Crore Worth Sea-Facing Home In Mumbai It was in 2012 when Lara Dutta had experienced the joy of growing a life inside her. The gorgeousness had created quite a revolution with her prenatal yoga videos, which to date help many mommies-to-be to stay fit. During an interview with The Times of India, Lara had talked about the importance of yoga and had revealed, "While pregnant I continued with my gym and yoga workouts, modifying them to suit my pregnant state. Keeping fit and moving throughout your pregnancy will ensure faster recovery post-delivery."

Recommend Read: 6 Famous Celeb Couples Who Announced Pregnancy A Little 'Hatke' From Others 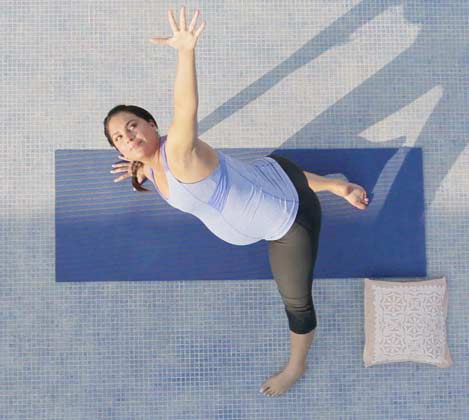 Bollywood actress, Kalki Koechlin had bust many myths and had proudly embraced parenthood with her beau, Guy Hershberg. However, Kalki had gone through a plethora of emotional and physical trauma during the first trimester of her pregnancy. During her pregnancy, she had also practised prenatal yoga and had opted for water birth to bring her baby into the world.

To ease the mind from a volcano of emotions and to keep your body fit amidst the nine months of nurturing a baby, prenatal yoga is the magic wand, every mom-to-be needs in her life!

NEXT READ: Bollywood And Television Newbie Mommies Who Had A C-Section Delivery