In the Indian film industry, stars and celebrities are literally worshipped. Their fans have great regard for them and have faith in whatever they say or do. That is the reason that there lies a great responsibility on their shoulders to always be a good example. But as glorious as it looks, their lives aren’t really a bed of roses.

To look the way they do, they work really hard and are required to stay away from their most favorite cuisines, workout for long hours and eat a planned and balanced diet whether they like it or not. So, we thought of taking you through the diet charts of 5 of the most loved and celebrated actors and actresses of the industry to get inspired and start eating healthy yourself!

Recommended Read: 11 Small Diet Changes You Can Make For A Week To Get Rid Of The Holiday Weight 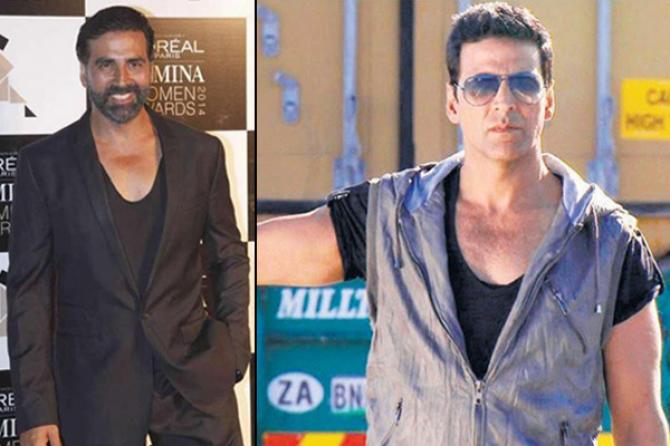 Unlike his fun characters on screen, Akshay is not a very social, party-lover kind of a guy. Not only does he stay away from alcohol, cigarettes and caffeine, he also starts his day at 5 am in the morning, does yoga and other cardio exercises and prefers to run back from the sets to his hotel after pack up. Yes, one of the fittest and most disciplined actors in the industry at his age, Akshay Kumar is one big idol for everyone. When it comes to diet, he believes in having a balanced one and is not the biggest fan of health supplements. In short, discipline is one word that he starts and ends his day with.

So, here is a look at what he eats: Making waves all over the globe, Priyanka seems to be unstoppable. A global style icon in every sense, there is no stopping for this diva. With her commendable performances in Bajirao Mastani, the American tele-series Quantico and the latest feather in her hat- her debut in Hollywood with the Baywatch film, she is truly someone to idolise. Priyanka is a fitness freak who likes to do a lot of running, yoga, spinning and cardio. Because she is mostly on the go, she is very careful about her diet and prefers eating at every fixed interval. She also has a lot of green leafy veggies and fruits and doesn’t depend on supplements. Her usual diet routine consists of: Another Indian celebrity who has not only won hearts in her own country by doing powerful roles like that of Piku, Mastani and Leela, Deepika is busy winning hearts in the US as well. Making her debut with SRK in Om Shanti Om, Deepika has surely come a very long way. Another fitness freak, she loves to workout. She is an early riser and loves to go to the gym. She also enjoys dancing and Pilates in particular. She makes sure that she never misses her meals and doesn’t cheat her diet routine. 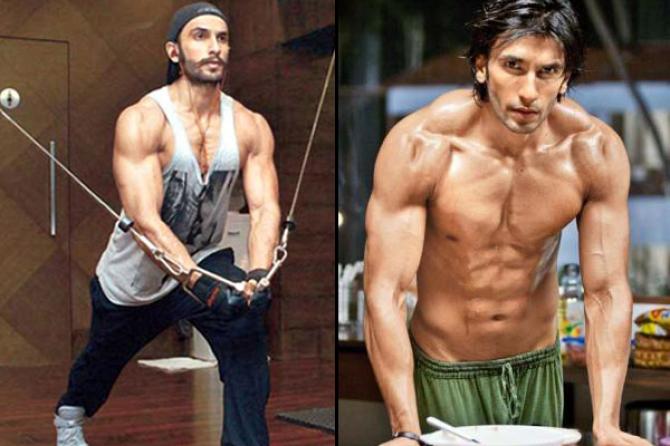 The extra energetic, dashing and the nation’s new heartthrob, Ranveer Singh is one powerhouse of energy and entertainment. Considering the amount of energy this guy has, one can’t help but wonder what he eats! Well, jokes apart, but in reality, Ranveer follows a very religious diet and fitness program. His mesmerising physique is a result of a grueling twice-a-day workout plan. He loves to swim and run apart from all the hardcore cardio and weights that he does.

Must Read: Bollywood's Most Handsome Hunk Ranveer Singh Shares The Secrets To His Fitness The bubbly, the charming, the energetic and the elegant leading lady of Bollywood who has managed to make a mark in the industry with just a handful of films, Alia is all set to become the top actress in Bollywood. Her girl-next-door charm and cheerful youth makes her a people’s favourite too. She lost a lot of weight when she made her debut with the movie Student Of The Year. Ever since, she has been very particular about her fitness and her diet. She works out three days a week and the rest of the days are her rest days.

Diet plans can only be successful when they are followed along with proper workout routines. One without the other is really of no great use. Also, taking inspiration is one thing and blindly following is another, and there lies a huge difference between the two. It is in your hands to make the right choice and do what’s best for your body type and health. So, understand your body and its needs, and take inspiration from your favourite stars to get your dream figure.