Here is the list of Television couples who have set pure relationship goals for many years. However, they haven't gotten married till now. Read on to know more!

The concept of being in a long-time relationship before marriage has given many couples a chance to form a steady understanding of each other before finally taking the plunge and getting married. Bollywood couples like Boney Kapoor-Sridevi, Kareena Kapoor-Saif Ali Khan, to TV duos like Debina Bonnerjee-Gurmeet Choudhary, Payal Rohatgi-Sangram Singh to many more, who were in a steady relationship before finally tying the knot, have already set pure relationship goals for their massive fanbase.

However, there are certain madly-in-love couples in the Television industry, who have been in a relationship for years, but they still haven't taken the plunge. Moreover, these celeb couples have also clarified many times that their bond doesn't require any marriage tag. At the same time, we are also hearing that the couples are planning their wedding, but with something or other, things are getting delayed. Thus, without much delay, let's delve into the list of 5 such couples:

#1. Abigail Pande and Sanam Johar dating for more than 7 years The Humse Hai Liife actress, Abigail Pande and actor, Sanam Johar are one of the most sought-after couples in the telly world. They have etched a special place in millions of hearts for their sizzling chemistry on the reality show, Nach Baliye season 8. As per reports, they met at a common friend's house and gradually fell for each other, and it was Sanam who had proposed to Abigail in front of all their friends. Afterwards, the couple got engaged on the show's sets, and since then, they have been giving glimpses of their love-filled life. Moreover, in February 2020, Abigail announced that the duo would soon get married. However, the couple is still unmarried and has set a target of three years to achieve their professional goals before tying the knot.

#2. Sreejita De and Michael BP dating for more than 4 years 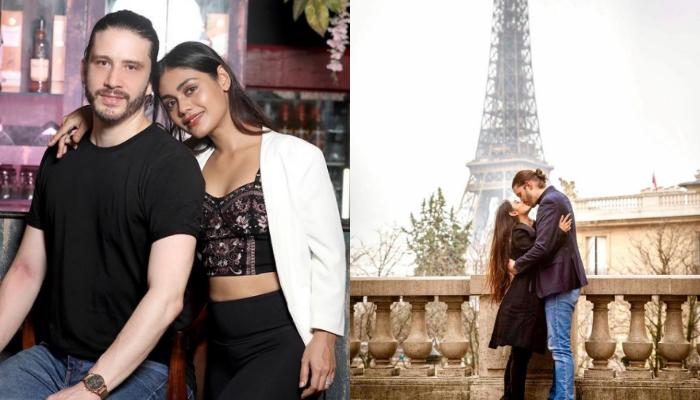 Television actress, Sreejita De is known for the role of 'Kavya' in the Star Plus show, Koi Laut Aaya Hai. Coming to her personal life, she is in a relationship with her German boyfriend, Michael BP. They have been together for many years and finally in Christmas Eve in 2019, they got engaged and announced the same in January 2022. Currently, they are staying together in a live-in relationship. In an interview with ETimes, Sreejita talked about her wedding plans and mentioned that it would happen later this year (2022). She had shared:

"We haven't finalised the date, but in all likelihood, it will happen by the end of this year. It will be a close-knit ceremony with just 70-100 people in attendance. I want to choose a time when people can travel freely to India and Germany. I will move to Germany eventually."

Recommended Read: Eco-Friendly 'Ganeshotsav': Have A Look At These TV Celebs Who Make Their Own 'Ganpati' Idol

#3. Ashlesha Sawant and Sandeep Baswana dating for more than a decade Television stars, Ashlesha Sawant and Sandeep Baswana met for the first time on the set of the popular TV serial, Kyunki Saas Bhi Kabhi Bahu Thi. Since then, beautiful chemistry grew between the duo. Afterwards, they have been living together and have also appeared in a couple of dance shows. During a conversation with a portal, Sandeep was asked why the couple lived with each other for more than 18 years and still did not feel any need to get married. To this, the actor promptly answered that they feel more secure about each other in this way and had said:

"I have seen bad marriages and fake relationships where there is no point in two people staying together. So, right from the beginning, we decided to be together till we make each other happy. Otherwise, we will not grow as individuals. A relationship should make your life easier. I have not told her, nor has she told me that 'I will love you forever', or 'I am going to be there for you until the end of time', but we will be together till there is love between us."

#4. Hina Khan and Rocky Jaiswal dating for more than 8 years 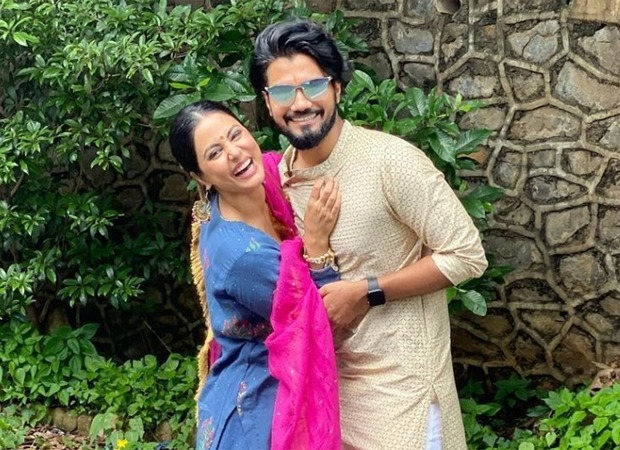 Popular Television diva, Hina Khan is head over heels with her boyfriend, Rocky Jaiswal. For the unversed, they had first met on the sets of her serial, Yeh Rishta Kya Kehlata Hai, wherein Rocky was working as the supervising producer and Hina was performing as the lead actress. Since then, love had bloomed between them, and finally, Rocky proposed to Hina on National television in the Bigg Boss 11 house. However, the couple still haven't tied the knot, and Hina has also quashed all such rumours about the duo's living together. In an interview with The Indian Express, Hina Khan opened up about her marriage plans and had stated:

"I have just started my career in films. So how can I get married right now? I think I am more or less settled in my life. Wedding is just a formality. But yeah, maybe after two or two-and-a-half years, I will do it."

#5. Rahul Dev and Mugdha Godse dating for more than 8 years Bollywood actor, Rahul Dev was earlier married to Rina Dev, and the couple was blessed with a son, Siddharth Dev. However, Rina left the mortal planes in 2009, after fighting a tough fight with cancer. Afterwards, in 2013, Rahul met the gorgeous diva, Mugdha Godse at a common friend's wedding and gradually developed a beautiful bond with her. Soon, it blossomed into love, and they got into a relationship. However, even after being with each other for such a long time, the duo doesn't feel the need to tie the knot. In an interview with ETimes, Rahul had said:

“It has matured over the years. We both feel a lot more settled and comfortable together. Like a lot of people, we spent a lot of time together during the first lockdown. There's trust yet healthy space within the relationship, wherein either of us wants the other to progress in a holistic, complete manner minus the pressure. I can firmly state that the relationship has solidified over the years.”

Well, we are impatiently waiting for the madly-in-love couples to finally tie the knot. What about you? Let us know!

Next Read: 10 Television Actors Who Were Kicked Out Of Their Daily Shows: Paras Kalnawat To Ankita Lokhande