10 Controversial Statements Made On The Show, 'Koffee With Karan': From Nepotism To Sexist Remarks

10 Controversial Statements Made On The Show, 'Koffee With Karan': From Nepotism To Sexist Remarks

The controversial show, 'Koffee With Karan' has grabbed a lot of limelight. Let's take a look into some of the snarkiest remarks made on the show.

For Bollywood buffs and gossip lovers, the talk show, Koffee With Karan is the perfect place to get all the juicy controversies of the glamour and cricket world. Dating rumours, love-hate relationships between actresses and many such revelations are made on the Koffee couch. With every season, the show only got piping hot, and the conjectures never seemed to stop.

The show's host, Karan Johar, who shares a great bond with many of the A-listers of B-town, has often roasted many celeb friends. Explosive statements and snarky comments from the celebs have often made it to the headlines, and some controversies have also backfired on the show. Let's take a trip down the memory lane to dig out some comments and revelations made by the celebs that have created conflicts, tension and much more.

Also Read: When Jeetendra's Cousin Accused Him Of Sexually Assaulting Her In Shimla When She Was 18 Years Old 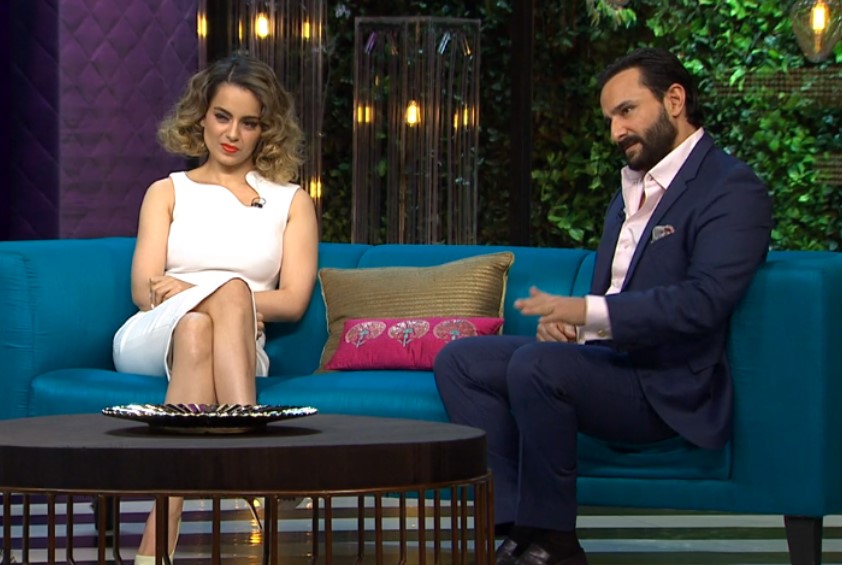 When Kangana Ranaut had appeared on Kofee With Karan along with her Rangoon co-star, Saif Ali Khan, her one statement had made Karan flabbergasted. When Karan had asked Kangana, who in the movie industry had given her an unnecessary attitude, she had taken his name and had called him the "flag-bearer of nepotism” and a "movie mafia." 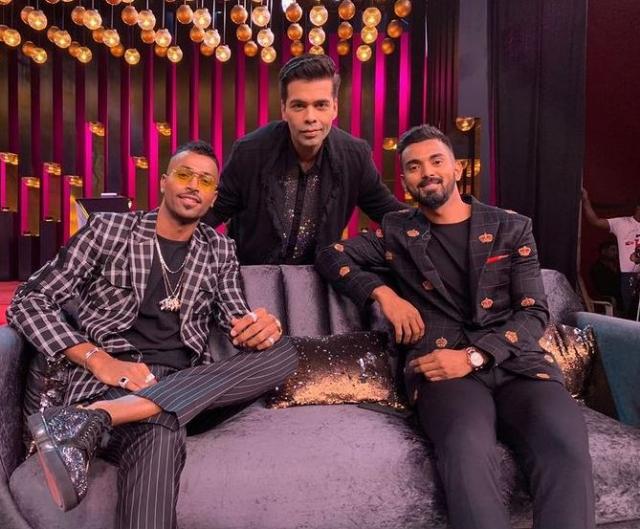 When the Indian cricketer, Hardik Pandya had appeared on the show with fellow cricketer, KL Rahul, his sexist remarks had received a lot of flak. In one of the segments, Hardik had spilled the details about the day when he had lost his virginity, he had said, "When I lost my virginity, I came home and said, Main karke aaya hai aaj.” Highlighting how "cool" he is with his family members, Hardik had continued, "At a party my parents asked me acha tera wala kaun sa hai? I said yeh, yeh, yeh (pointing out women) and they were like waah proud of you beta." 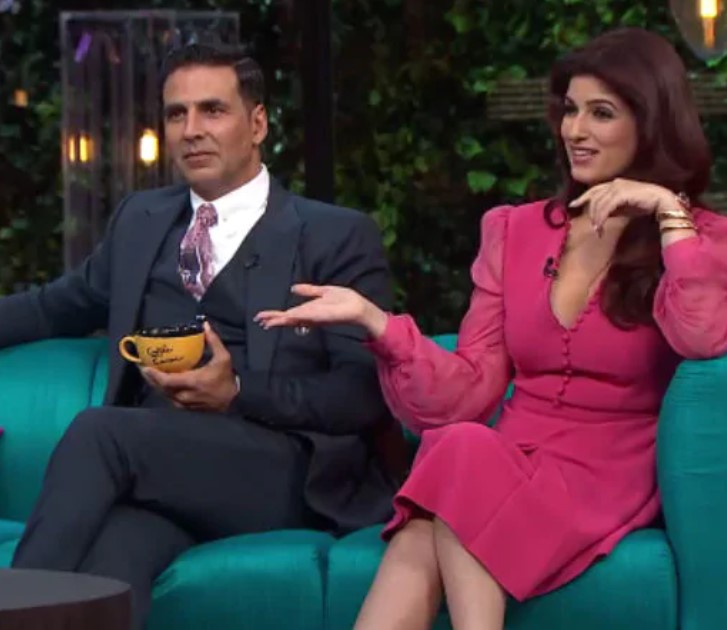 It was on the third season of Koffee With Karan, when Kareena Kapoor had shared that she wanted to ask Priyanka Chopra where did she got her accent from? In another episode of the same season, PeeCee had made sure to give a savage reply to Bebo's question and had said, "The same place where her boyfriend gets it from." Kareena was dating Saif Ali Khan at that time. 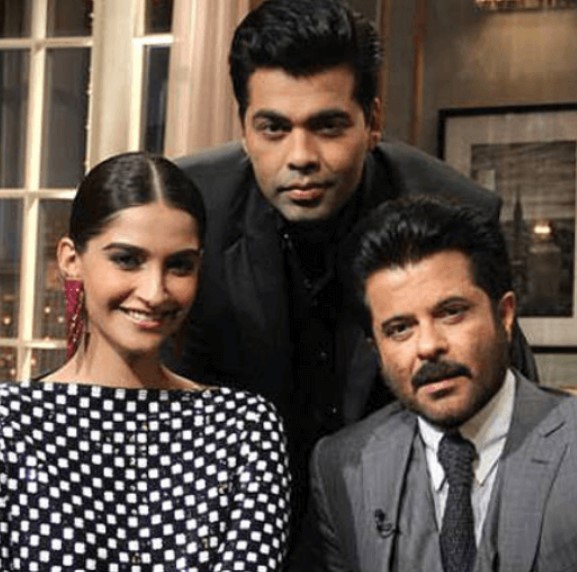 Sonam Kapoor is known for her controversial remarks, and the actress had often hit the headlines for the same. In one of the episodes of Koffee With Karan, Sonam had compared an actor's talent with their looks and had said:

"The thing with this industry is that if you are not good looking, they think you are a good actor." 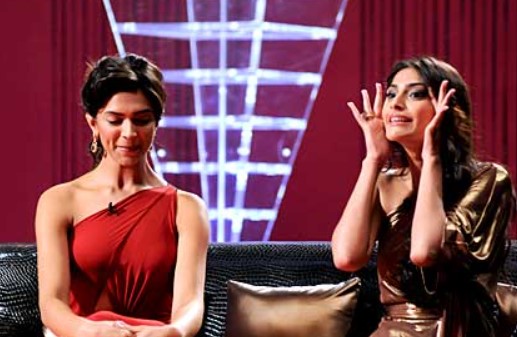 On the third season of Koffee With Karan, when Deepika Padukone had appeared with Sonam Kapoor, the two had a great time and had made a lot of controversial disclosures. Taking a dig at her ex-boyfriend, Ranbir Kapoor, Deepika had said, "Ranbir needs to work on his boyfriend skills.” When Karan had asked Deepika, what product should Ranbir endorse, the Piku actress had said, "condoms". After the show, Ranbir Kapoor's parents, Rishi Kapoor and Neetu Kapoor were quite upset with Deepika. 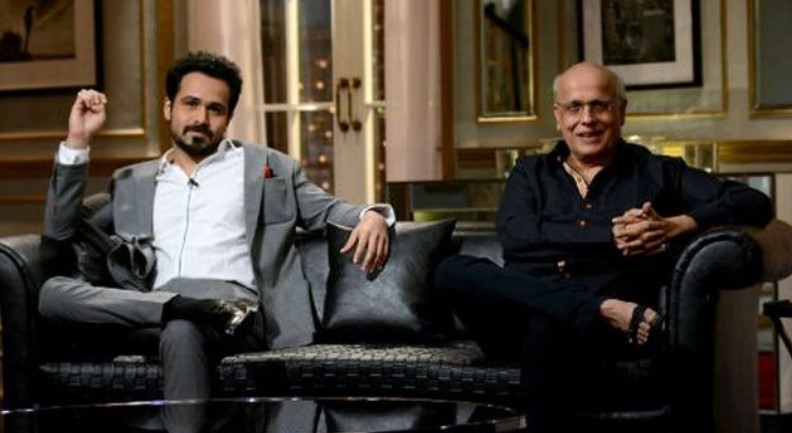 Emraan Hashmi had appeared on the 4th season of Koffee With Karan along with his uncle, Mahesh Bhatt. During the rapid-fire, when Karan had asked Emraan what is the one word that comes to his mind when he takes the name of a certain actress and called out Aishwarya Rai Bachchan's name. Emraan had promptly replied, "plastic".

Also Read: Moushumi Chatterjee's Love Story: Linked To Many But Loved Only Her Husband, Jayant Mukherjee

8. Shah Rukh Khan on waking up with Karan Johar Shah Rukh Khan is one of the most popular guests of Koffee With Karan, and King Khan has often made us ROFL with his witty responses on the show. In the second season of the show, when the host, Karan Johar had asked him what would he do if he woke up and realised that he had turned into Karan Johar. The superstar had replied that the chances of him waking up 'with' Karan Johar are higher than waking up as Karan Johar. Actor, Tusshar Kapoor likes to stay away from controversies. However, when he had appeared on the chat show, he was asked in the rapid-fire segment, which actress comes to his mind when he hears the word 'Botox'. The actor replied Preity Zinta and his reply had made the actress quite upset. Tusshar had latter apologised to Preity for his remarks. However, the damage was already made. Ranveer Singh had first appeared on Koffee With Karan with his Band Baaja Baaraat co-star, Anushka Sharma. During one of the segments, Ranveer had made a nasty remark at Anushka Sharma and had said, " Hey, you want your a** pinched? I’m right here." Shocked by his statement, Anushka had replied, "Don’t talk to me like that." Later, when Ranveer had appeared on the sixth season of the show in 2018 with Akshay Kumar, he had again made a snarky remark on Kareena Kapoor Khan and had said, "I went from child to boy while watching Kareena Kapoor swim."

Koffee With Karan had certainly made a place in the hearts of millions for the unfiltered remarks of celebs, who had appeared on it.