B-town is a place of controversies. Putting aside the glamour, name, fame and money of Mumbai nagri; everything somewhere boils down to controversies. You utter one word, and the next morning you’re the news of the day. Words are minced, words are manipulated and words are skewed. One got to be careful at saying something in public.

But one celebrity who is outspoken, feisty and fiery, and never shies away from saying her heart out is none other than Kangana Ranuat. The Queen actress has been the headline of all media portals quite a lot recently. It appears that Kangana has now become synonymous with controversies. 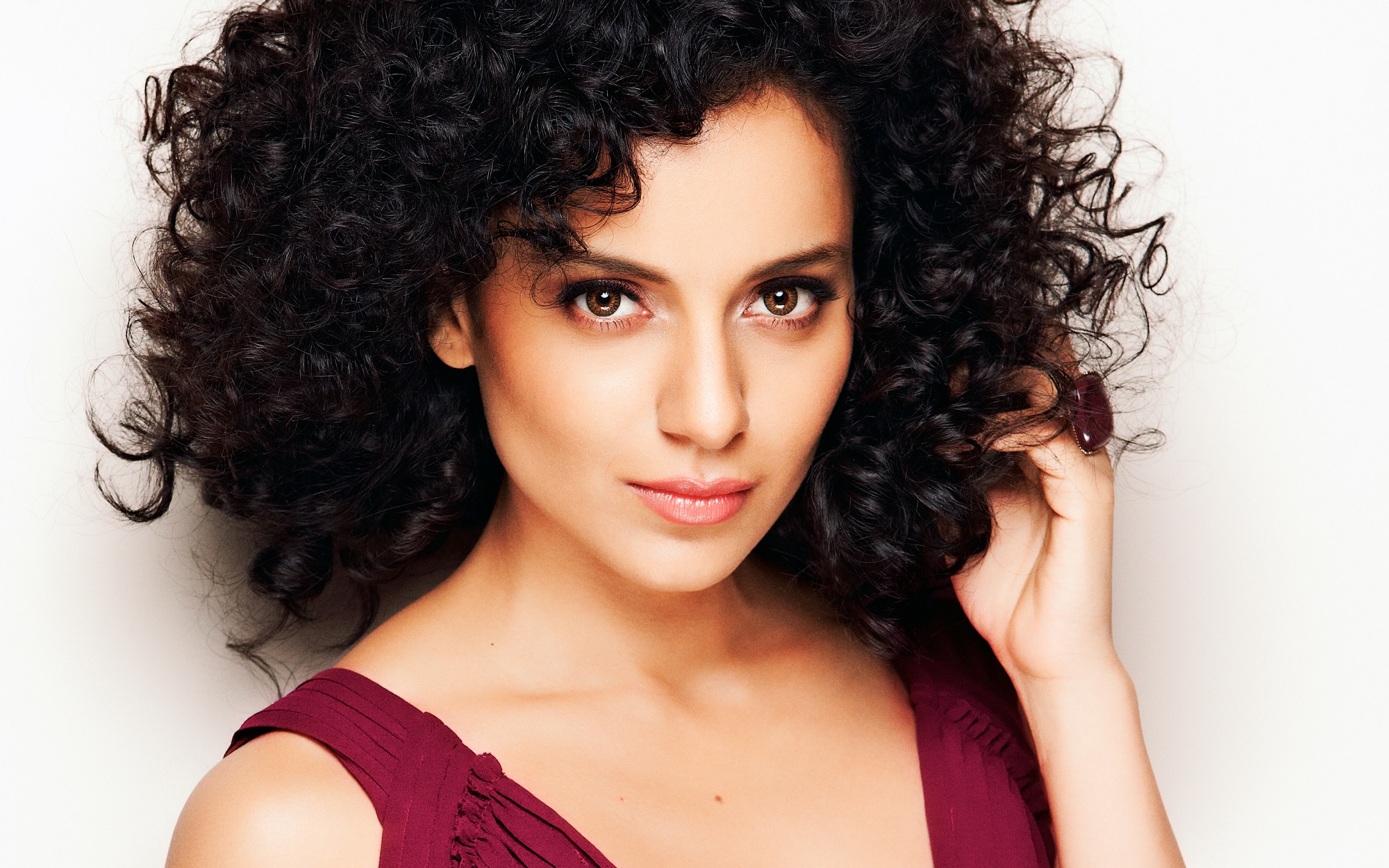 Just a few days ago, she appeared on India TV’s Aap Ki Adalat, and it seemed that she blurted out everything like never before. The consequence of this interview is that the Bollywood actor Aditya Pancholi vowed to take a legal action on Kangana. And not just this, in a recent interview to Pinkvilla, Aditya confessed that he is actually scared of Kangana.

Let’s take you through the itinerary of this big controversy. So, on the Rajat Sharma show, Kangana accused Aditya of keeping her under house arrest, spying on her and even threatening her. 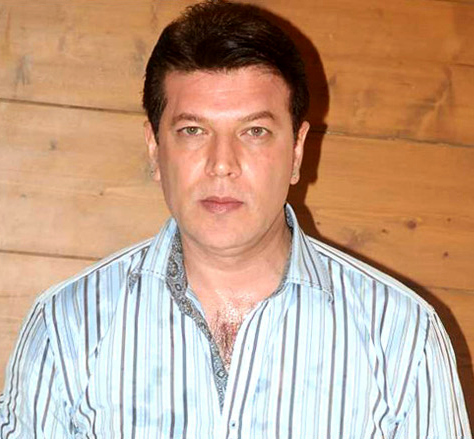 Also Checkout: Kabir Bedi's 'Saali' Got Married And Entered On A 'Palki' Like A 'Baahubali Maharani'

In the interview, she said:

“He got an apartment for me but didn’t allow my friends to come there. It was a kind of house arrest. Then, I went to meet his wife. His daughter is a year older than me. My film Gangster was about to release then. I was a minor. I remember going to his wife (Zareena Wahab) and meeting her, and I was like ‘Please save me! I’m younger than your daughter. I’m a minor and I can’t tell my parents.’ She said to me that they were relieved that he was not at home otherwise he raised his hand on domestic help and others. She said it’s actually good for us if he is not around, so I can’t help you.”

You can watch the full interview here:

She even said that he owned a duplicate key of her apartment, and would show up at her door at odd hours of the day.

“Once, the doorbell rang and I peeped into the keyhole and it was him. I didn’t open the door and jumped off from the window of my first floor and ran barefoot. I got bruises and hurt my knee. Then, I checked in at a hotel. He even came there, he was tracking me” Check Out: She (Bobby Darling) Lied To Me That She Could Physically Have Babies: Ramneek Sharma

And then a couple of days after Kangana's allegations, Aditya Pancholi broke his silence, and in an interview with Bollywoodlife, he said:

“She is a mad girl, what to do, did you see the interview? Didn’t you feel like some mad person was talking? Who talks like that? We have been in the industry for so long, nobody has ever spoken anything so evil about anyone. What should I say, she’s a mad girl. If you throw stones in mud, it will only spoil your clothes.” 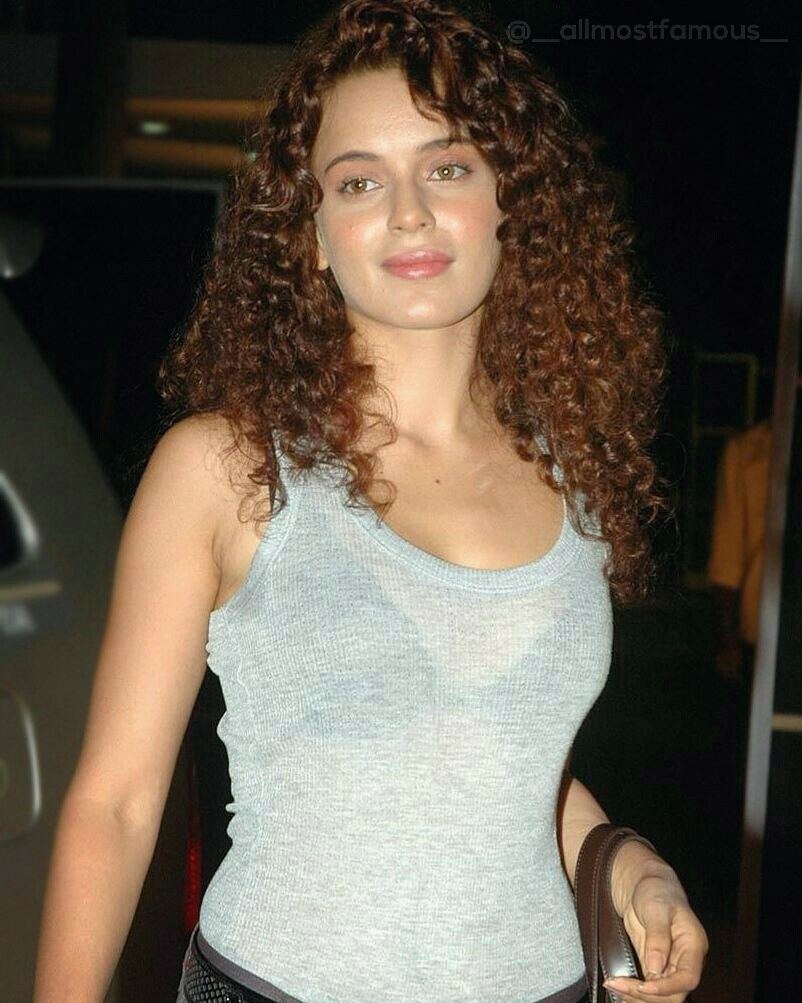 He did also add that he will surely take a legal action against her and said:

And when he was approached by Pinkvilla, the Yes Boss actor said:

"Oh my god, I am very scared of her now. I really don't know what to say and time will tell who is right and who is wrong. Everyone has been saying that it's some sort of a promotional strategy and now, I feel very worried about her. If a person can say something so nasty, what can I really say. I am just worried for her."

God! It seems Kangana is all set to stir the pot real bad. It’s been a quite a ride for her recently. Just last year, the whole nepotism debate began, when she had called Karan Johar ‘a movie mafia’ and ‘flagbearer of nepotism’. This continued and gotten worse at the IIFA 2017, when Varun Dhawan, Saif Ali Khan and Karan himself, had joked on nepotism on stage. 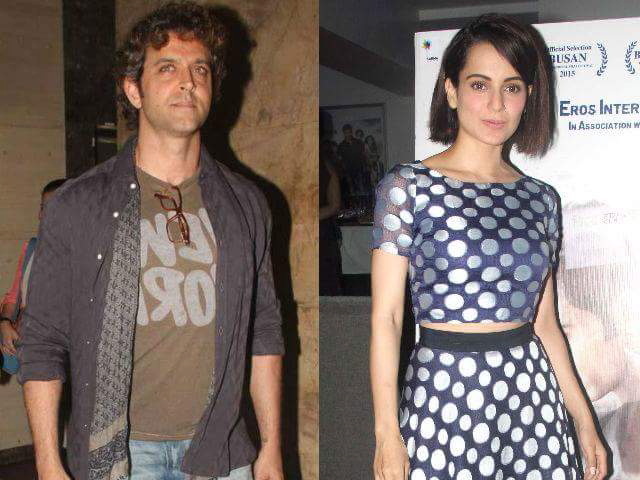 Not just this, since months, her row with Hrithik Roshan has as much been in the limelight. For those of you, who do not know about it, read the Kangana-Hrithik controversy here.

To top it all, singer Sona Mahapatra also took a jibe at Kangana openly on Facebook. Here’s what she posted ‘from the heart & on an impulse’: 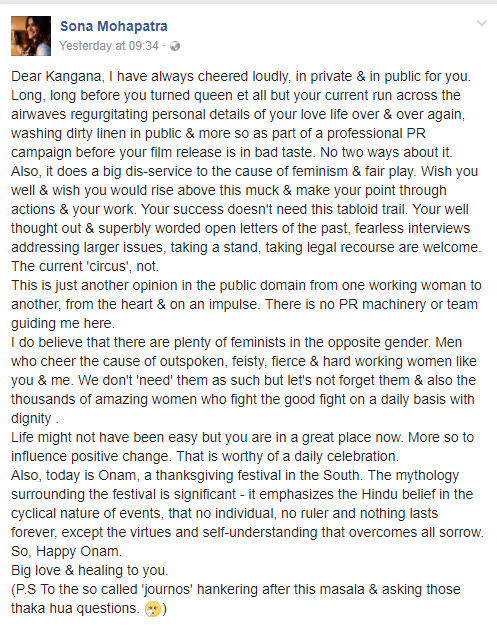 Well, all we can say is that it must be a roller coaster ride for Kangana and it must be really hard for her. We wish her all the luck in life, and may her next movie Simran shine at the ticket counters.

Next Read: Was This Famous Actor The Reason Why 'Uttaran' Fame Ayub Ended His 16 Years Of Marriage?