When Zareen Khan had made her debut in Bollywood, she was compared with none other than Katrina Kaif and rumours about her relationship status never miss a chance to be in gossip columns. 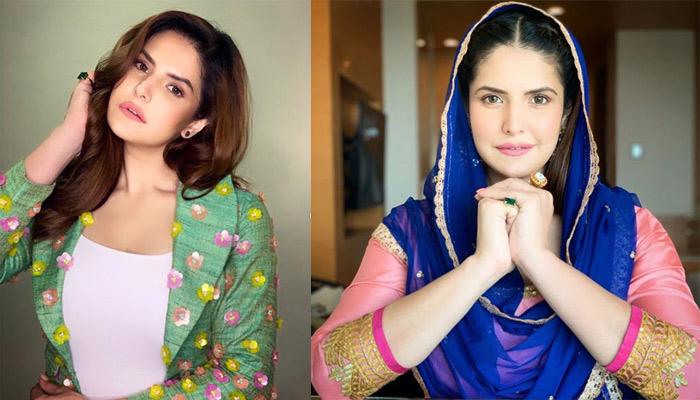 When a person looks up to a celebrity and follows their path to achieve success, they prepare themselves to face all the pros and cons. But it is only when they enter the industry, do they realise what they have entered into. Everybody has their own ups and downs and each one of us have different ways in handling situations. When Zareen Khan had decided to enter the world of glam and glitz, she might not have thought that she will face so much pressure and backlash from the audiences. After working in successful movies like Housefull 2, Hate Story 3 and Ready, she went ahead and started working more in Punjabi and South cinema. (Recommended Read: Abhishek Bachchan Shares Unseen Picture Of His Grand father, Late Shri Harivansh Rai Bachchan)

Ever since Zareen Khan had made her Bollywood debut opposite Salman Khan in the movie, Veer she has been constantly compared to Katrina Kaif.  And the pressure on Zareen to make her own identity in the industry has taken a toll on her. She has been working hard to be known as Zareen Khan and not a doppelganger of Katrina Kaif. She has been attacked by trollers over her body structure and choice of movies. And unlike few, Zareen opened up about her struggles in the industry, being compared to Katrina, her relationship status and body shamming. 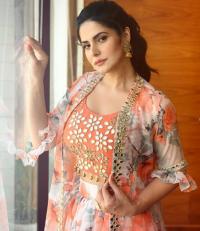 In an interview with the Hindustan Times, Zareen talked about the rumours pertaining to her relationship status and equation with her fitness trainer, Abbas Ali. In actress' words, “Rumours keep coming now and then. We are in a place like tomorrow, if I am seen with my cousin brother whom people don’t know, they will say ‘spotted with mystery man’. It doesn’t bother me. Abbas is a very dear friend, we know each other for a long time now, our whole group of friends hangs out together. Abbas and I are so comfortable hanging out alone. It doesn’t mean (we are dating). People will say whatever they have to, and I am really okay not clarifying it.” 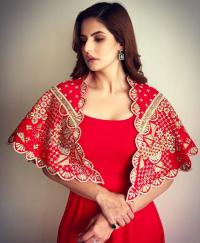 Zareen Khan also opened up about the backlashes she had faced after her first release. She was quoted as saying, “I had gotten a lot of backlash after my first film. It took me some time to understand how things work here in the Hindi film industry. I was a newcomer and belonged to a non-film background. I was 21-years old, not as smart as the 21-year-olds you have now. I was a complete tomboy, who had never thought about acting, and I was put in that space, so tried to cope with that. I was asked to put on weight for Veer, as I was playing an 18th-century woman in it, and women then were little on the plumper side.” (Suggested Read: Sameera Reddy Talks About Facing Post-Partum Depression, Urges New Mothers To Love Themselves) 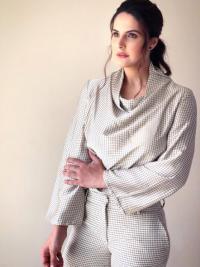 Zareen Khan further added, “Nothing went well. My looks got compared, my fashion sense, too. I couldn’t understand what happened, what did I do wrong. But then Housefull 2 happened, and people’s perception changed a bit. After Hate Story, it changed 360 degrees, people said ‘she’s so hot’, but honestly, there was no change between my weight in Hate Story and Veer. It was about the way I looked and was portrayed. People’s perception makes a difference, it is because of which the whole industry thrives.” 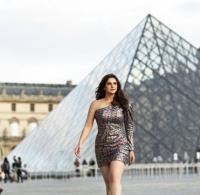 Zareen Khan, in an interview with the IANS, also talked about the criticism she has faced since her childhood. She said ever since childhood, people have made her feel uncomfortable and conscious with their comments. She further added that whenever students in school tried to bully her, she would give it back to them, so after a while, they were intimidated by her. She concluded by saying that we should rather avoid these people knowing that they are just negative people. she is a wide structured person and can’t cut off her bones. 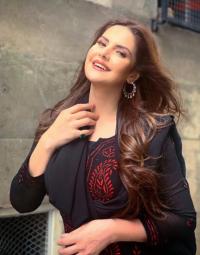 When Zareen Khan had made her debut, she was known as Katrina Kaif’s clone and not by her name. During the same interview, she revealed that the moment she stepped into the industry, people started calling her a lookalike of Katrina and she was lost and was not sure what she wanted to do with her life. She stated that initially, she was a lost child and all the comments on her, her looks and body were suffocating her. She concluded by saying that for quite some time, she didn’t know why things were happening the way they were. (Must Read: Kanchi Kaul Posts A Heartfelt Wish For Hubby, Shabir Ahluwalia On Their Eighth Wedding Anniversary)

Here’s wishing Zareen Khan, all the best for her future endeavours!