On September 8, 2020, Zaid Darbar shared goofy pictures with his rumoured bae, Gauahar Khan. Scroll down to check out their adorable social media banter!

One of the most popular television celebrities, Gauahar Khan is in the news these days regarding her link-up with rumoured beau, Zaid darbar. And the culprit of her link-up rumours filling gossip columns would be her birthday party pictures! Gauahar's rumoured beau, Zaid darbar had attended her birthday, and their mushy pictures from the same had gone viral on the social media inciting a very important discussion! (Recommended Read: Rhea Chakarborty Has Been Arrested By NCB After Her Allegation That Sushant Forced Her To Take Drugs)

Gauahar Khan's fans are curious to know if Gauahar and Zaid are a couple, but they have remained tight-lipped about their affair so far. Although, our hearts had skipped a beat on September 3, 2020, when we had spotted Gauahar and Zaid dancing on Neha Kakkar's latest musical, Diamond Da Challa. While their chemistry had set fire, they had shocked everyone when towards the end, Zaid had gone down on his knees and had slid a ring on Gauahar's finger. Check out the video below:

On September 8, 2020, Zaid Darbar shared goofy pictures with his rumoured bae, Gauahar Khan. While Gauahar looked every bit stylish in a grey t-shirt and a pair of blue denim, Zaid kept it casual in a blue vest and a pair of ripped denim. The couple gave savage vibes twinning in black shades. Along with the pictures, Zaid asked a question from their fans and said, "Which song suits us? Mai reply karunga unhe jiska song will actually suit @gauaharkhan #Gaza." In response to which, Gauahar Khan reposted the pictures on her IG stories with the song, Tenu kala chasma jachda aye, jachda aye gore mukhde pe, in reference to the black shades they donned. To Gauahar's post, Zaid replied, "Haha I love that Song." Check out the pictures below: 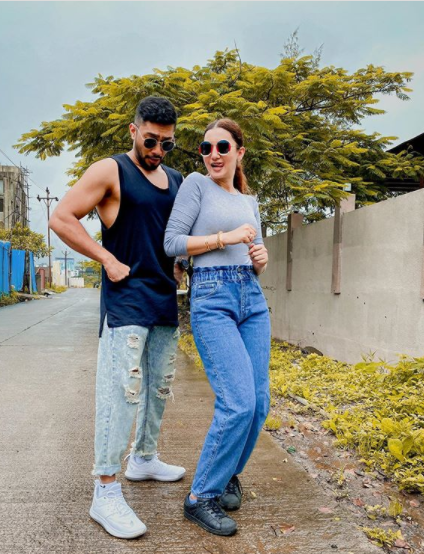 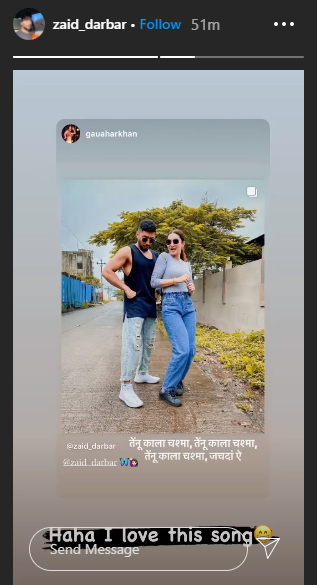 Let us come back to what has brewed the spark of the dating rumours of Gauahar Khan and Zaid Darbar in the first place. Gauahar had celebrated her birthday with Zaid, who had made her day super special by just being there. Zaid had shared pictures from Gauahar's special day. To their fans' utter delight, the duo had twinned in blue. Alongside it, he had written, "So I guess it's never too much blue with us! I wish I could type everything right here but I'd rather keep it small & express in front of you. You know what you mean to me G, happiest birthday Gau-ahar-jeous." (Also Read: Athiya Shetty Borrowed Alleged Bae, KL Rahul's Tie-Dye T-shirt, Is It Proof That The Two Are Dating?) 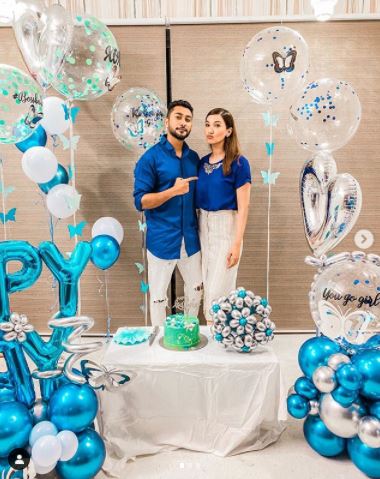 On August 25, 2020, Gauahar had done a live chat session on her Instagram and was also joined by her rumoured beau, Zaid. In the video, Gauahar was seen cutting a cake, and later she was joined by Zaid and had asked him the burning question, "Why do people need a tag or a relationship status?" To this, Zaid had said, "Because they love us. So they want to know each and everything." To this, Gauahar had said, "It's fine guys. You can keep guessing. Some things are personal. As long as you see two people or four people or more happy, it's fine. Let's not judge or put a tag. Let's enjoy and spread happiness."

Not only this, but Gauahar Khan's rumoured beau, Zaid Darbar's sister, Anam Darbar had also wished the gorgeous actress on her birthday. She had twinned with her in blue and white. Anam had curated a sweet birthday wish for Gauahar which could be read as "Go shawty, it's your birthday! Haaappyyy Birthdaaaaay to the Sweetest, Loveliest & to the purest soul. You're amazing just the way you are! It's your Birthday. YAYY! hope you have an amazing one! May Allah bless you! Loveeeee you, G." (Don't Miss: Esha Deol Reveals How She Wishes To Raise Her Little Daughters, Radhya Takhtani And Miraya Takhtani) 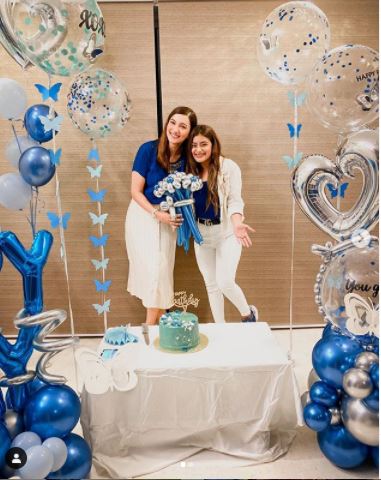 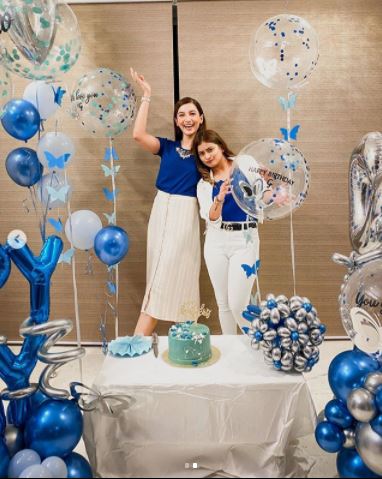 What do you think about Gauahar Khan and Zaid Darbar's social media PDA? Let us know!