Eight months after their wedding, Prince Narula and Yuvika Chaudhary’s wedding photographers, Epic Stories delighted fans with some unseen wedding moments of the lovebirds and made us relive them. 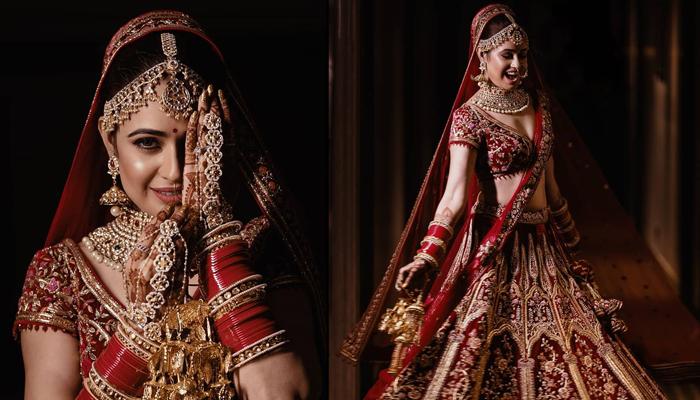 On October 12, 2018, we all witnessed the big, fat, royal PriVika wedding and how cute were Prince Yuvika Narula and Yuvika Chaudhary throughout? From bride-chilla dancing and jamming to looking fondly into each other's eyes with arms around each other, Prince and Yuvika’s wedding pictures and videos did make us all go aww. Prince and Yuvika took their wedding vows at the Sun n Sand hotel in Juhu, Mumbai. (Also Read: Sara Ali Khan Wants To Stay With Her Mom, Amrita Singh For The Rest Of Her Life, Even After Marriage)

Prince Yuvika Narula saw and fell in love with Yuvika Chaudhary during their participation in Bigg Boss season 9. He had wooed her until she finally said ‘yes’. Who would have thought that a reality show relationship can eventually lead to a lifetime of togetherness? Prince and Yuvika proved everyone wrong, who thought that Bigg Boss relationships are just a gimmick for the show’s TRPs. And in January 2018, Prince and Yuvika had announced their engagement on social media flaunting their rings.

A few months after their wedding, Prince Yuvika Narula and Yuvika Chaudhary’s wedding photographers, Epic Stories delighted their fans with some unseen wedding moments of the lovebirds and made us relive them with some drool-worthy glimpses. Sharing a ‘mere haath me tera haath ho, saari jannatein mere saath ho…’ picture of Prince and Yuvika, they captioned the post as, “Hand in hand & happiness all around. Prince and Yuvika sharing this moment just after their pheras. You can see the emotions and promise in their eyes. ~ Prince & Yuvika, Mumbai 2018 Shot by @EpicStories.In #privikakishaadi #privika #Coupleportraits #PrinceNarula #YuvikaChaudhary #BigFatIndianWedding #WeddingSutra #wedmegood #weddingzin #CelebrityWedding #celebrityweddingphotographer”.

Posting some bridal portraits of the beautiful bride, Yuvika Chaudhary, Epic Stories wrote as the caption, “Eyes are the gateway to our soul and portraits are meant to provide essence to them. Beautiful Yuvika sparkling the aura of a perfect Indian bride. Can't believe it's been eight months since we got the opportunity to cover this grandiose wedding, certainly our Magnum Opus. Sharing with you some of the bridal portraits of Yuvika. Ninth one is our favourite, which one is yours? ~ Prince & Yuvika, Mumbai 2018 Shot by @EpicStories.In #privikakishaadi #privika #Coupleportraits #PrinceNarula #YuvikaChaudhary #BigFatIndianWedding #WeddingSutra #wedmegood #weddingzin #CelebrityWedding #celebrityweddingphotographer”. (Also Read: Bharat Takhtani Reveals Newborn Miraya Takhtani Looks Like Esha Deol, Radhya Takhtani Looks Like Him) 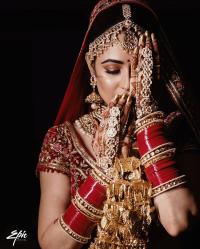 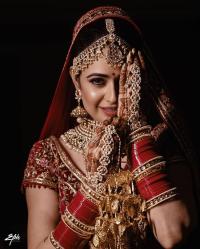 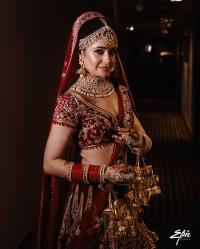 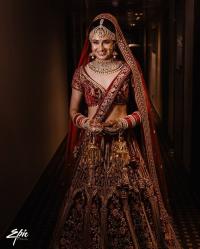 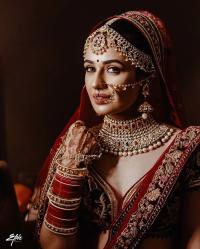 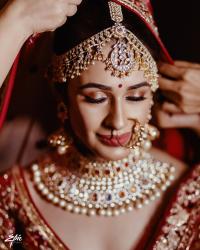 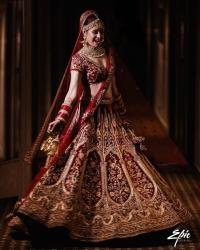 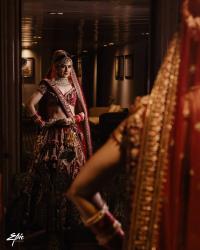 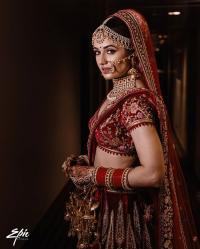 The next day after their wedding, Prince Yuvika Narula had shared a teaser of the most special day of his life when he said ‘I do’ to Yuvika Chaudhary and had thanked their official wedding photographers, Epic stories. He had written, “Waheguru thank you @epicstories.in you guys are so amazing thanku. meri life ka Imp part capture karne k liye #blessed”. Their wedding photographers had captioned it as, “This little film will speak itself @PrinceNarula weds @YuvikaChaudhary #privika #privikakishaadi”.

Shortly after their wedding, the couple’s Cupid, Vikas Gupta had taken to Instagram and had posted a heartfelt video of Prince Yuvika Narula and Yuvika Chaudhary’s cake cutting ceremony, which they had sealed with a cute kiss on the lips. Sharing the video, Vikas had captioned it as, “And it is official Mr & Mrs Narula. Congratulations. May this love makes you both stronger with each passing day #FirstKiss as #husbandandwife #privika #stayblessed P.S., there are benefits of being the last guest. You get to witness the love and understand what a groom and bride feel when they finally get married and all the guests go away and they advise you to get hitched.”

And do you know, what’s the story behind Prince Yuvika Narula and Yuvika Chaudhary looking at each other and smiling throughout their wedding? Revealing the secret, Prince and Yuvika’s official wedding photographers had written, “SECRET IS OUT! What’s the story behind both of them looking at each other and smiling? We heard prince speaking to Yuvika on the phone about how they’re gonna react to phere and Vidai. They had a bet they won’t cry until the end. So every time they looked at each other, they shared a little conversation with eyes. Or maybe it was just a disguise trying to control the tears. Well played @princenarula @yuvikachaudhary”. (Also Read: Esha Deol Reveals Why She Named Her Second Daughter, Miraya And Its Connection With Name, Radhya) 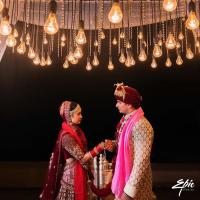 Thank you, Epic Stories, for refreshing our memories from PriVika’s wedding! 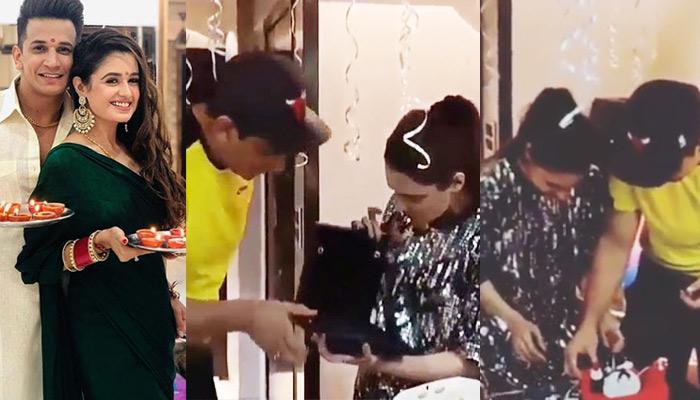