Yami Gautam looked elegant in a red silk lehenga as she turned fashion goals for the bridal trousseau. She shared some pictures from her latest photoshoot.

The extremely gorgeous actress, Yami Gautam, has made her place in our hearts with her impeccable performance in countless films like Vicky Donor, URI, among others. Since her debut, Yami has given a lot of memorable performances and garnered a lot of limelight. However, apart from her acting skills and personal life, Yami is popular for her sartorial choices. When it comes to making a fashion statement, the diva surely knows how to ace the game!

Newly-wed Bollywood actress, Yami Gautam never fails to impress fashion enthusiasts with her outfit choices. After slaying in a sexy ruffle dress, the actress is back to showcase her love for the red colour with her ethnic style in a red silk lehenga. Yami amplified the fashion quotient as she struck elegant poses for the camera sitting on a chair. She exuded a married woman vibe in her latest look.

9 Gorgeous Sleeves Styles For Brides To Make Their Blouse Fashionable On November 15, 2021, taking to her IG handle, Yami shared two pictures flaunting her sartorial elegance as she donned a red silk lehenga, paired with a half-sleeved red Rajasthani choli featuring Aari embroidery piping. Her ravishing red silk lehenga came with hand-embroidered peacock motifs in zardozi and had gota-patti work at the hemline. She completed her look with a red organza odhani and wore a red Alta on her foot. Moreover, she opted for a maang teeka and added a tinge of sindoor between her mid-parted tresses. Yami captioned the pictures with a red heart.

Yami Gautam's bridal ensemble is from the Indian fashion label, Raw Mango, which is famous for its textiles, sarees, garments, and other objects. Upon checking the price of the red silk lehenga on the official website, we were shocked to find out that this lehenga can dig a hole in anyone's pocket. The price of this beautiful ensemble is somewhere around a whopping amount of Rs. 1,31,800 on the designer's website. A few days back, Yami Gautam had shared some sizzling pictures on her IG handle, leaving her desi bride swag behind. In the pictures, Yami was seen wearing a red ruffle dress as she had played the muse for the brand, Malie. She was seen wearing a silk taffeta red dress with a statement ruffle at the sleeves merging with the deep V-neckline and ruffle at the hem. She had captioned the pictures as: 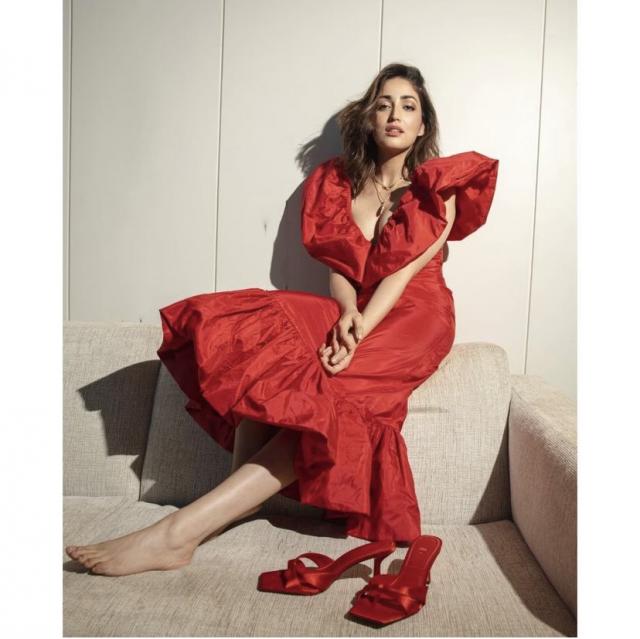 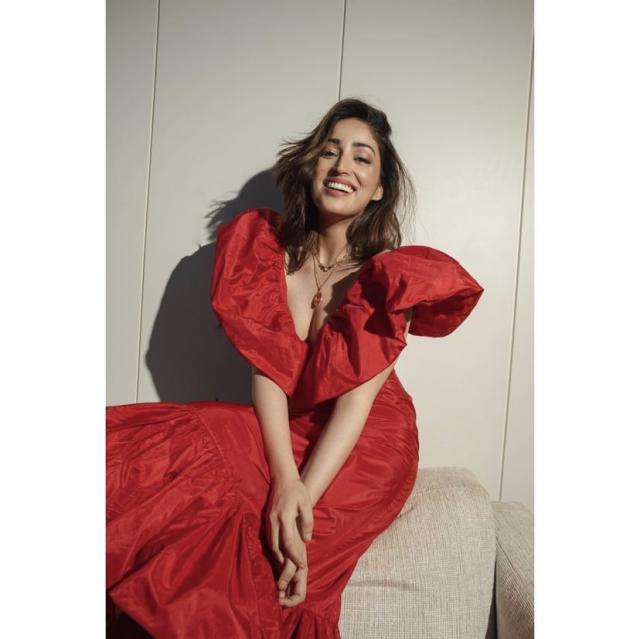 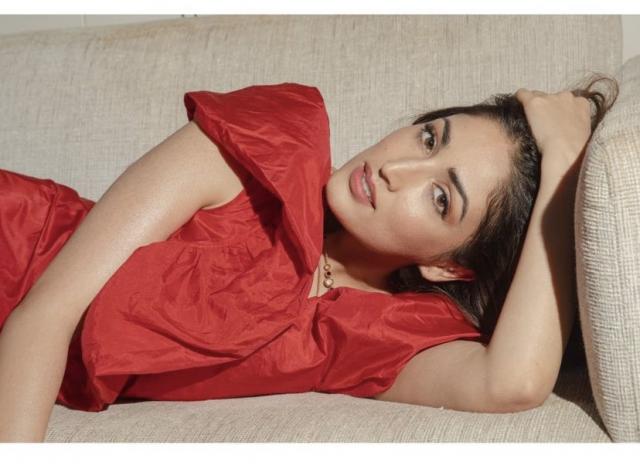 Yami had accessorised her look with a statement neckpiece and her mangalsutra from the brand, Bulgari. She was styled by fashion stylist, Manisha Melwani and had kept her tresses open in wavy curls. Well, Yami’s red dress was from Malie, and on its official website, its price is mentioned as Rs. 39,000.

Also read: Kiara Advani Makes Heads Turn At Airport With Her Casual T-Shirt Worth Over Rs. 52,000 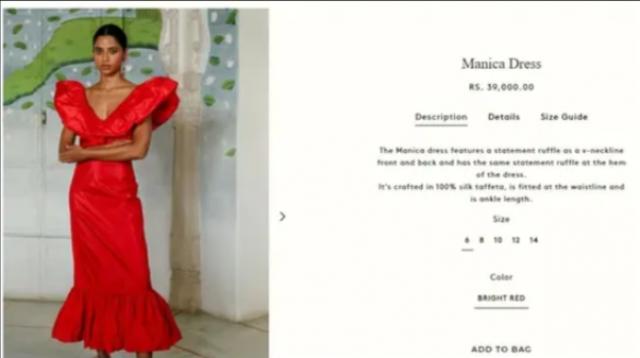 While promoting her film, Bhoot Police, Yami had shared a series of pictures on her IG handle, and it was her modern desi bride swag that had caught our attention. Yami was seen wearing a floral dress, giving modern vibes. To keep her desi swag, she had accentuated her look with red bangles, traditional aatheru, three layers of neckpieces and a pearl hair accessory. She had also flaunted her engagement ring in the pictures. 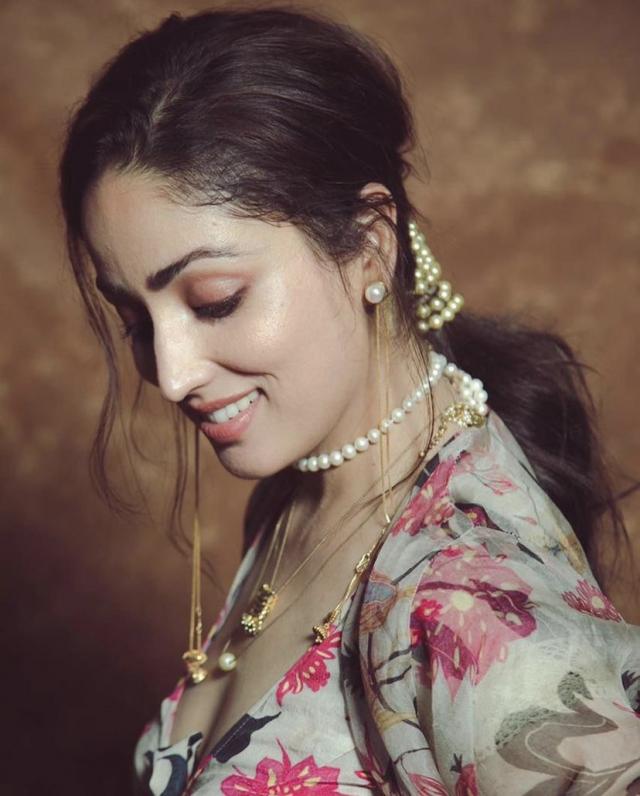 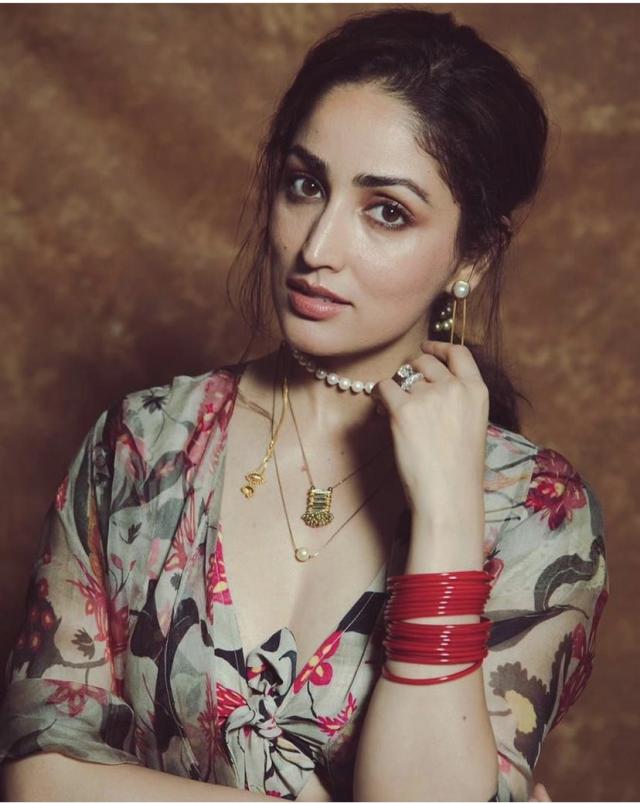 On the professional front, Yami Gautam will be next seen in the movie, Lost.

9 Gorgeous Sleeves Styles For Brides To Make Their Blouse Fashionable