WhatsApp group chats of celebrities with their family and friends will make you believe that their conversations are as same as ours! Scroll down to enjoy a fun ride!

WhatsApp chats are personal and hold the deepest, darkest secrets of our lives. The world is divided into two kinds of people, the ones, who prefer calls to talk and the others, who are only interested in texts. And to all those, who prefer texting, WhatsApp is not an unknown app. For every household or a group of friends, there is a WhatsApp group that contains pictures, videos and some unfiltered conversations. Every person in the group has a certain role, while some simply send the ‘good night’, ‘good morning’ pictures, some prefer to mute the groups. And just like our WhatsApp groups, our celebrities too have some crazy WhatsApp groups!

Ever wondered what would be the conversation in Bachchan’s WhatsApp group? Or what conversation must Arjun Kapoor and his sisters, Janhvi Kapoor, Khushi Kapoor, Anshula Kapoor be having? What possibly could be the name of Kareena Kapoor Khan’s girl tribe’s WhatsApp group? We have an answer to some of the questions ticking in your brain. Here we bring WhatsApp group chats of 5 celebrities with their family and friends, so take your popcorn buckets out and start your fun ride with us! 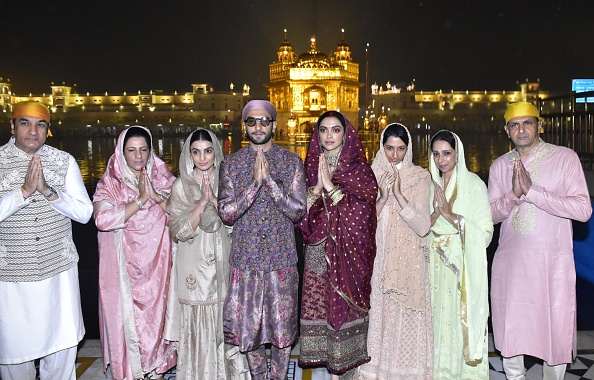 Deepika Padukone and Ranveer Singh are the ‘IT’ couple of Bollywood. The rumours of their dating had started in the year 2013, when the two were working on the film, Goliyon Ki Raasleela Ram-Leela. Later, the couple had tied the knot in the year 2018. Deepika is like a daughter to the Bhavnani family, and Ranveer Singh is also considered as a son in the Padukone clan, and together they make for a perfect ‘Hum Saath Saath Hain’ family. 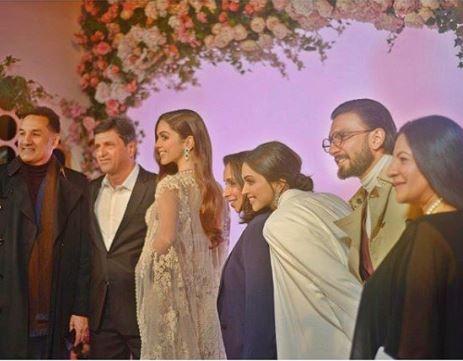 Giving a glimpse of their family WhatsApp group, Deepika had shared a screenshot of her family's conversation on her IG handle. The pictures had revealed the entire family appreciating Ranveer and it had also revealed her darling hubby's name. Alongside it, Deepika had written, "And this is how we roll... Whenever anyone in the family has a big day, the rest of us tune in. Like in the case above. Everyone appreciated an interview my husband did recently. Similarly, there are times when we get pulled up or get given feedback on what we could have done differently or better. And that to us is the most valuable!" 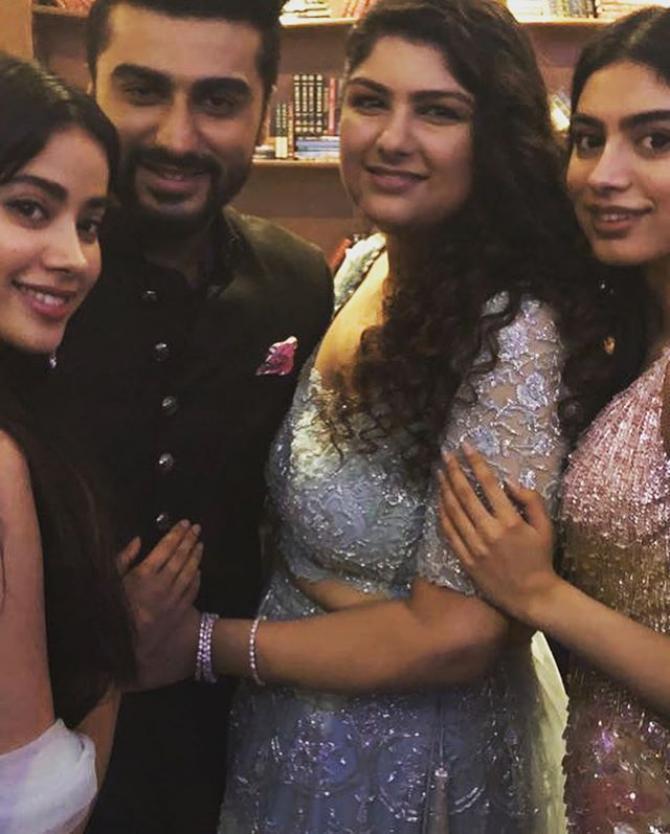 Janhvi had shared with the magazine, "We have a WhatsApp group called Dad’s Kids’ which has me, Khushi, Anshula didi, Arjun bhaiya, and dad on it. And I send all my outfit pictures along with looks from different photoshoots on that group. In fact, most of my outfits need to be approved by dad, otherwise, I don’t feel confident wearing them." A screengrab of their WhatsApp group was shared by Anshula Kapoor on her IG stories, wherein, everybody could be seen informing one another their whereabouts. Anshula had captioned the screenshot saying, "OMG What is this day of only flights. Hahaha." 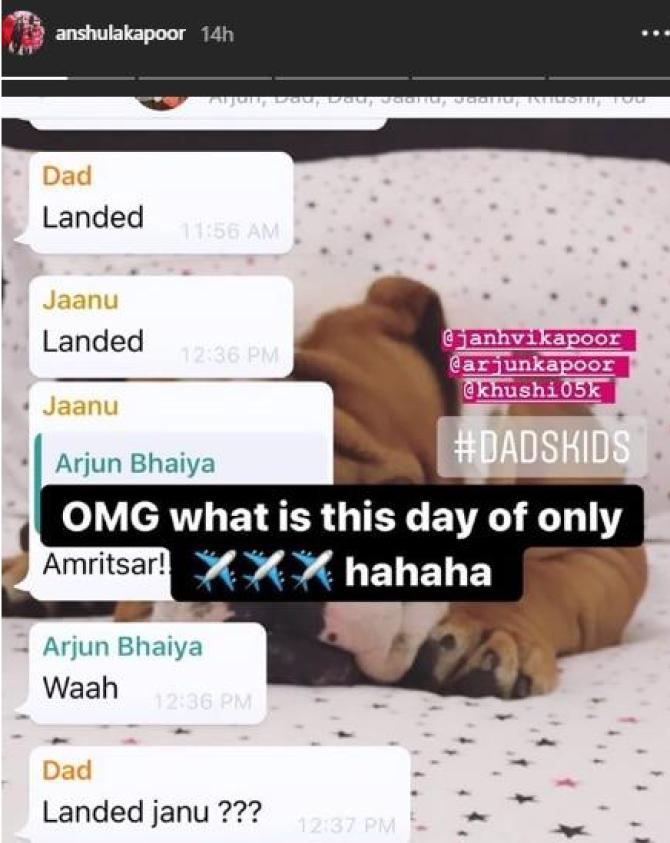 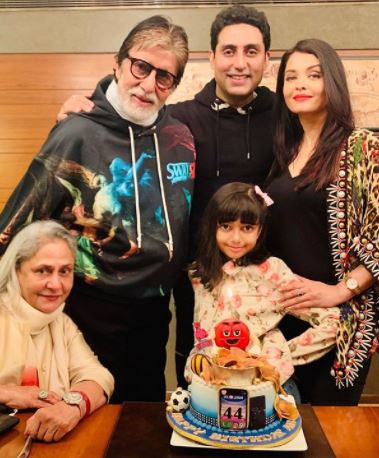 The Bachchan parivaar is one of the most affluent and fancy families of India. And they also have a WhatsApp family group just like us. In an episode of Karan Johar’s talk show, Koffee With Karan, Abhishek Bachchan, along with his sister, Shweta Bachchan Nanda had spilt the beans about their family WhatsApp group, from who is least active to who is the coolest member of all. Abhishek had shared that Amitabh Bachchan and Aishwarya Rai Bachchan are the least active members of their group. Big B has to be informed about the WhatsApp message by an SMS and Aishwarya "takes ages to reply to calls or texts." Jaya Bachchan sends the most sentimental and preachy messages and videos. For Abhishek, Shweta’s son, Agastya is the coolest member of the group as he keeps cracking jokes on his mother. The duo also revealed that the family group has a rule where they have to inform when they board a flight or land at their destination. 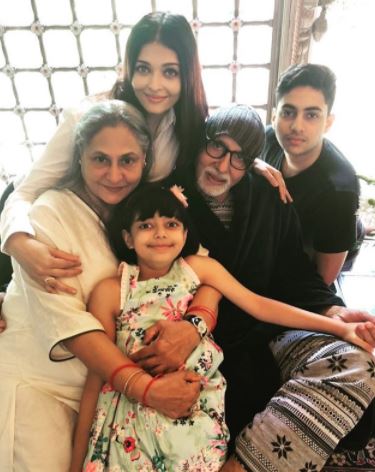 Kareena Kapoor Khan’s ‘Kapoor and Arora tribe’ is famously known as ‘guts tribe’ of Bollywood, and they surely have many inside terms that we get to know, every now and then. We are talking about Kareena Kapoor Khan, Karisma Kapoor, Malaika Arora, Amrita Arora, and Mallika Bhatt all together making up for a perfect girl squad, who has been together for decades now. The group also includes Karan Johar and in many interviews, Kareena had confessed about their WhatsApp group. In Karan Johar’s chat show, Koffee With Karan, they have admitted about having a WhatsApp group called ‘Guts’, where they gossip about anything and everything related to the glamour town and industry. The group discussion are like, "X had the guts to do this”, "Y had the guts to wear that," and "Z had the guts to say that." 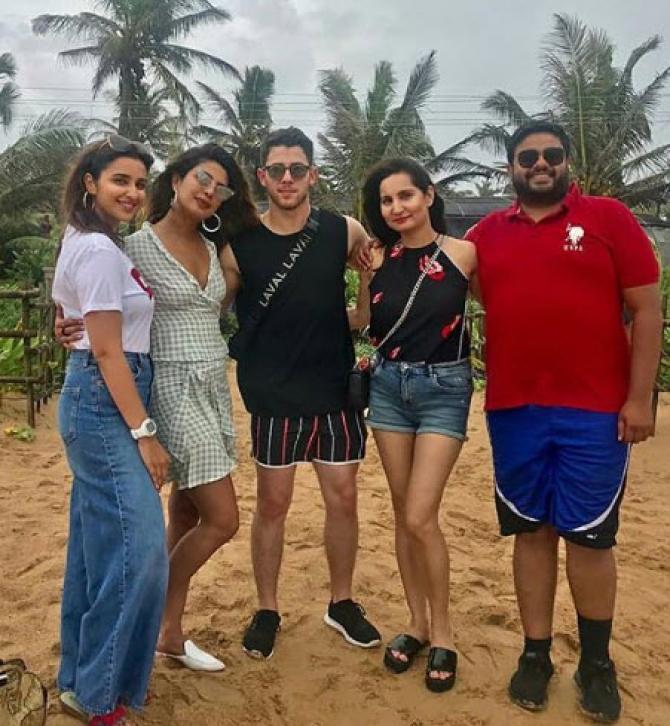 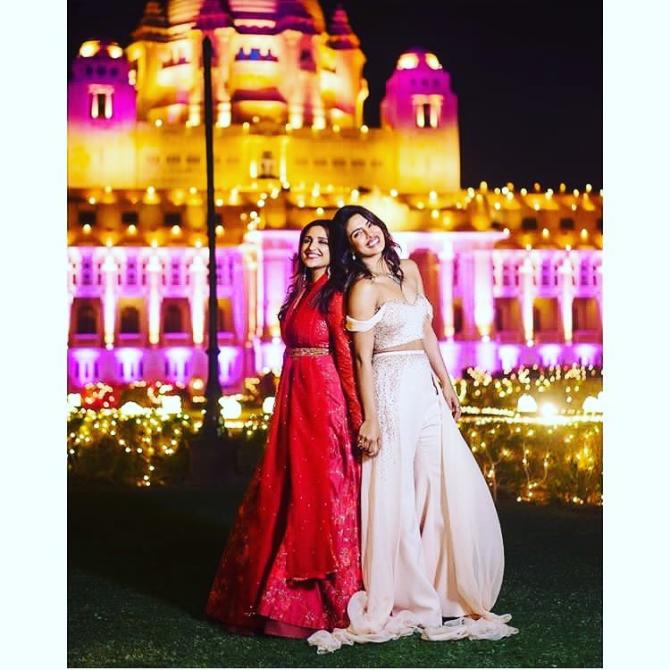 In a conversation with Hindustan Times, Mannara Chopra had shared, “We are extremely close-knit and keep in touch with each other all the time. We cousins, we are 14 of us, and we have this family cousins’ WhatsApp group called ‘The Chopras’. We know what’s happening in each other’s lives. It is mandatory for us to share pictures from wherever we are. Some of us cousins are constantly travelling, so, we also share pictures from our trips.” 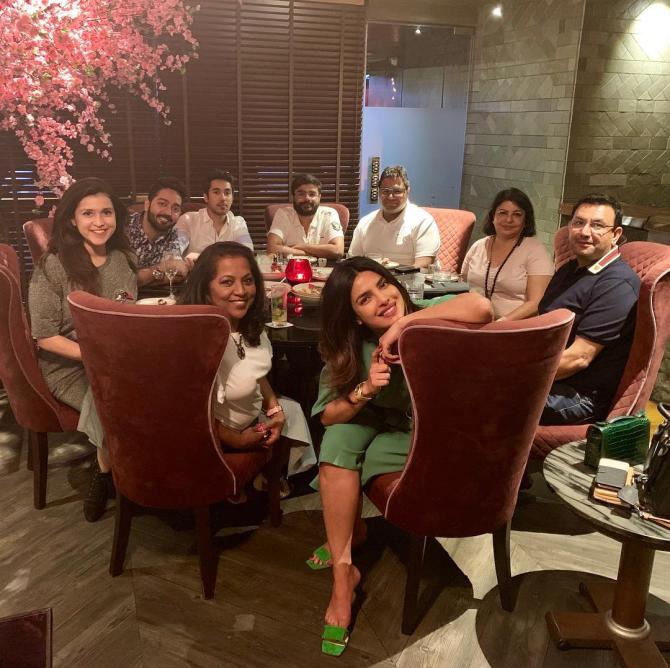 Well, our favourite celebrities’ WhatsApp chats are exactly like ours! From ‘good morning’ messages to appreciation posts, from gossip sessions to informing about everything, our B-town celebrities’ chats are no different!