Expressing her 'it's tough but it's good' two weeks of motherhood experience, the hands-on newbie mom, Vrinda Dawda Mehta shared a video, waggling her baby.

Motherhood is an experience that comes with sleepless nights, exhausting days, lack of 'me' time and whatnot. Though parenting isn't a cakewalk, this experience is nothing less than bliss! The unconditional love, reliving your own childhood, finding a purpose in life and enjoying the evolution of the little one; motherhood is filled with such ethereal moments. Dil Dosti Dance fame, Vrinda Dawda Mehta is tasting the joy of motherhood with her two-week-old son.

It was in 2015 when Vrinda Dawda got engaged to her businessman beau, Bhavin Mehta and after a long courtship period, the couple tied the knot on December 24, 2016. Vrinda and Bhavin had an amazing married life for more than four years, which became even happier with the arrival of their little bundle of joy. Vrinda and Bhavin embraced parenthood with the arrival of their son on June 30, 2021.

Lovey Sasan Becomes A Mother For The Second Time, Welcomes Her Child On Her Birthday

Also Read: Kareena Kapoor Khan On Being Hands-On Mom To Taimur Ali Khan And Jeh, Speaks About Her 'Mom's Guilt' 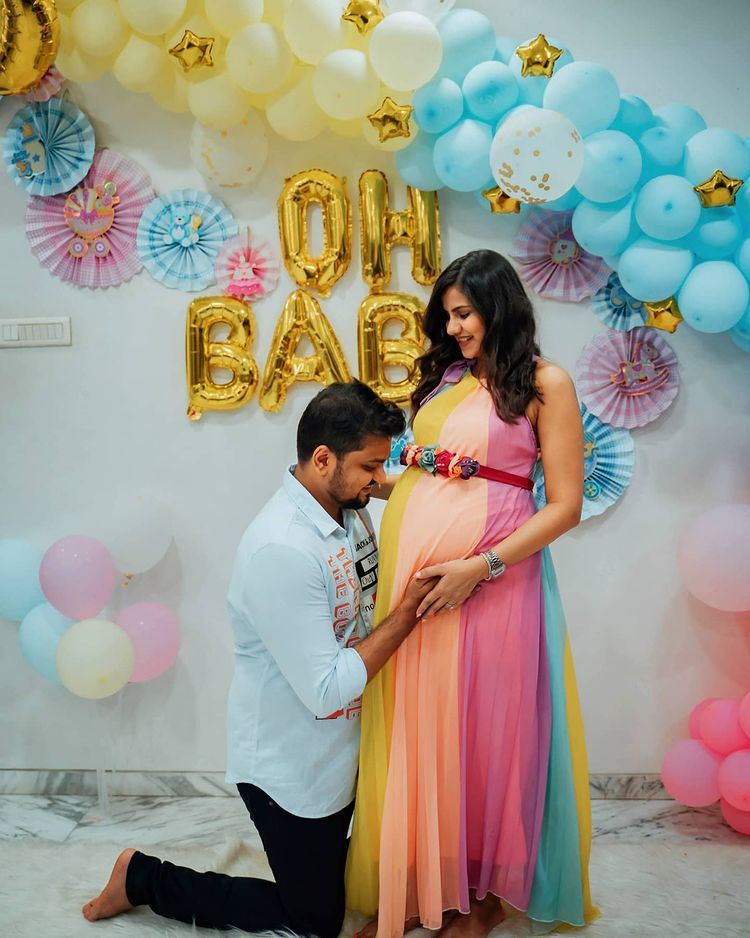 To announce the arrival of their little bundle of joy, Vrinda Dawda Mehta and Bhavin Mehta had posted a cute video. The pre-shot baby announcement video was captioned by Vrinda as "Week 40: June 30 2021: Our Due Date the wait is finally over, we welcomed our lil one into the world and life made sense the moment we saw the baby. P.S : obviously we did not know the gender of the baby, so this was shot a while back in both BLUE and PINK concept to give the big announcement. #sweetlilbabyboy #surrealmoment #newmeaningtolife #mywholeworld #myheartbeat #officiallyparents #teamblue." Bhavin had written, "It's a boy" as the caption of his post.

Also Read: Mira Rajput Kapoor Narrates What Her Kids, Misha Kapoor And Zain Kapoor Do When She Is In Bathroom

Just before the arrival of her little baby, Vrinda Dawda Mehta had spoken exclusively to Bollywoodshaadis.com and revealed if they had zeroed down any name for the child. Vrinda was quoted as saying, "We being like Gujarati, so we believe in rashi and all, so the name will be according to the Rashi of the baby. Other than that poore time ghar pe masti chalti rehti hai ki agar ladka hua toh ye rakhenge. And there are my cousins joh funny way mein bolte hain ki hum Duttabai rakhenge, ye rakhenge toh aise sab chalta rehta hai." 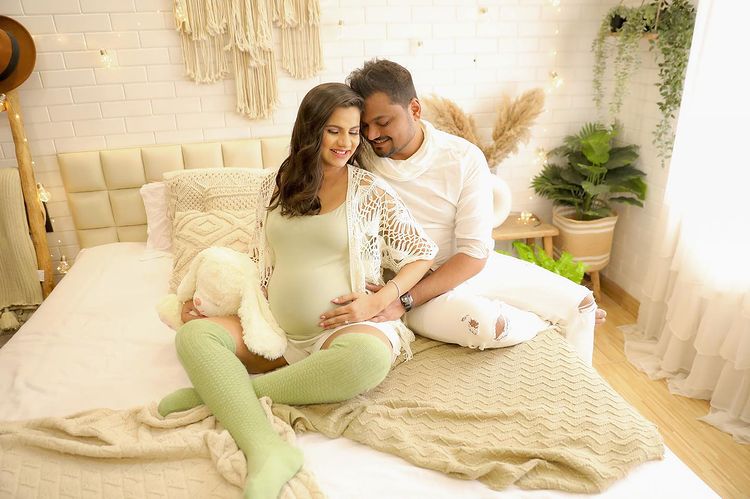 When asked about introducing her baby to the world, Vrinda Dawda Mehta had retorted, "Yeah, I will, but obviously not too soon. Obviously, I will get stable first and get the baby comfortable and may be after that." Also Read: 'Roadies' Rannvijay Singha's Daughter, Kainaat Is Missing Her Newborn Brother As He Is In Hospital

We wish many more such beautiful and adorable moments to Vrinda and Bhavin with their baby! 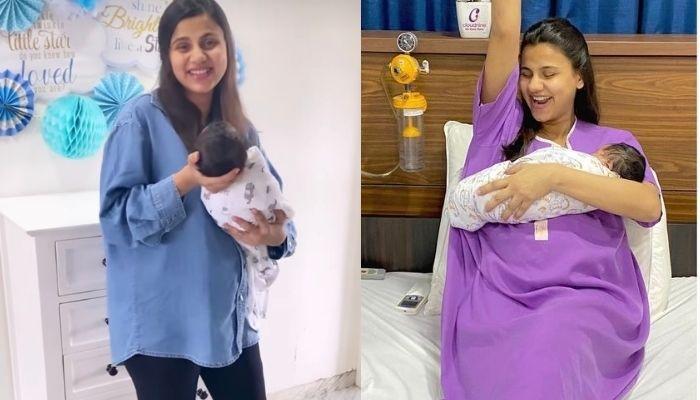 A baby brings happiness not just in the life of his or her parents but the entire family gleams with joy. Dil Dosti Dance fame, Vrinda Dawda and her diamond merchant husband, Bhavin Mehta welcomed their first baby after more than four years of marital bliss. The baby’s bua and phoopha