One of the most famous faces of the telly town, Divyanka Tripathi Dahiya and her hubby Vivek Dahiya never fail to grab the limelight. From their ‘oh-so-dreamy’ holidays, cutesy activities, social media PDA, celebrating birthdays and occasions together, Divek (as their fans fondly call them) are almost synonymous to goals! Aren't they? (Do Read: Pavitra Punia's Ex Paras Chhabra Gets Current Girlfriend Aakanksha Puri's Name Inked On Wrist)

Speaking about how Divyanka is, as an actress, we bet she gets a full score, but do you know, you will get to see your favourite face from the telly town in a unique avatar! Divyanka is all set to explore a new journey into the telly world as an anchor in a music reality show, The Voice, wherein, singing maestro, A.R.Rahman and ace Bollywood singer, Armaan Malik will preside over the show. Revealing details about her ‘new innings’, the Yeh Hain Mohabbatein star wrote, “Loving my new inning as an anchor! Thank you @star.aniljha @starplus & @banijayasia for uncovering this side of Divyanka. And likewise, ‘loved ones surprising well-knowns of reality shows’ is something that we all are accustomed with. In this regards, we have something interesting up our sleeve about Divyanka and Vivek. While the duo never ceases to showcase their insider moments with their fans, let us tell you something super-fun! As per the latest update, Vivek is all set to surprise his wifey, Divyanka on the sets of the show, The Voice. However, he chose an unconventional way for the same. Instead of standing upright in front of her, Vivek was seen in a disguised avatar, wherein he had sported a fake beard, messy-curly hair and black shades! While we are yet to hear about Divyanka’s reaction on this fun surprise, we can totally imagine what might have happened when Vivek stood in front of Divyanka in this avatar! Here is how he looks: This is Divyanka’s first stint as a reality show host. Speaking about the same in an interview, she shared, “While hosting a show, you are actually the sutradhar holding the entire concept together. You are interacting with people, the contestants and judges. You have to be more lively and have a presence of mind. At award shows you have to stick to the lines, do your bit and get off the stage. This (TV show) is a different ball game altogether.” She also added, “It hurts to let them go. I feel sad while interacting with them and I say it aloud. When they are singing on stage, not only their family members but even I am praying for them.” 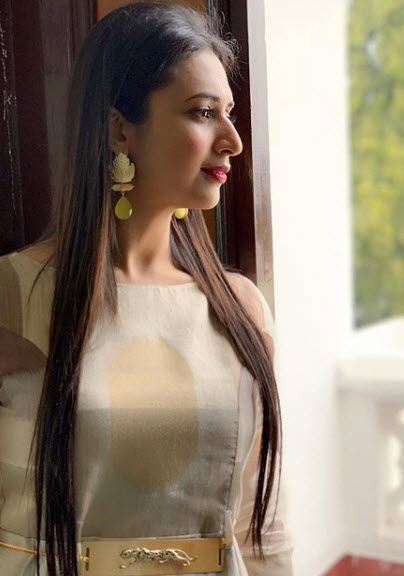 For the uninitiated, Divyanka is a huge A.R. Rahman fan, who also happens to be one of the judges of the show. Speaking about fan girl moments, the Banoo Main Teri Dulhan star stated, “I am a huge fan of his. During my childhood, my siblings and I remember in my childhood, my sister, brother and I used to play his songs from Taal, Roja and Bombay in the car. When I got to know he is the super guru on the show, I felt this was the best.” (Must Read: Mira Rajput Kapoor Takes 'Her Love' Zain Kapoor To The Park, Shares A Glimpse Of 'Day 14 Of Walking')

Coming back to the super-fun couple, Divyanka and Vivek, in a throwback 2016 DNA interview, the actress and her star hubby revealed lots of interesting things about their relationship. Sharing how they felt that they were the one for each other, the Qayamat Ki Raat actor had then shared, “When a co-actor suggested that Divyanka and I should meet as both of us were single, my first reaction was 'What!' I had never thought of having an arranged marriage because I feel in today's times you need to take your time, know a person and not rush into it. But he insisted that we at least go for a coffee and we did. We had met with the perspective of seeing other as a life partner and in the first meeting itself I was largely convinced that she is the one for me. But I decided not be hasty about it.” While Divyanka had stated, “The first time we met, the breeze of love had started blowing and by the third-fourth meeting it had taken us by storm. I realised we are meant to be together. Vivek is a positive person who pulled me out of a major low that I was going through.” Further sharing what had attracted them to each other, the doting hubby had stated in the same interview, “Divyanka is very pleasant, positive person and I need that. I cannot handle negativity, possesiveness and restrictions. She blows me away while her smile – She has the best smile ever! I also love her eyes which show the willingness to commit. And the way she makes me feel when she is around is just great. We talk highly of compatibility but there is something beyond that which is underrated and that is the willingness to make it work, to be patient and give space to each other. These are major attributes for a successful relationship and she has all that.” 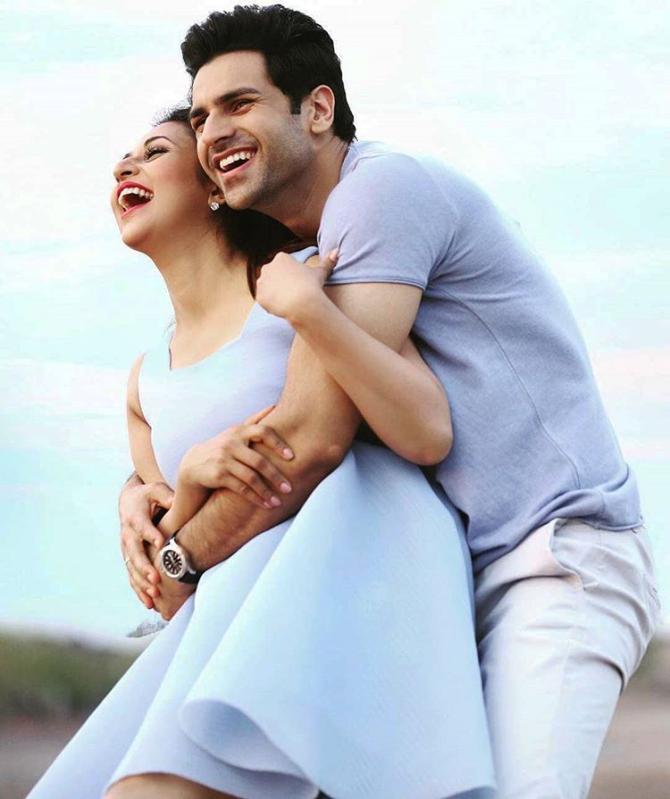 And Divyanka had replied, “He is a very decent, polite, well-mannered guy unlike the industry people or actors around me. He is chivalrous and knows how to take care of his lady amongst his family and friends.” (Also Read: Amitabh Bachchan's Emotional Post After His Daughter, Shweta Bachchan's Novel Becomes A Bestseller)