After spending almost half of our life with our parents, relocating to a different place, which newbie brides now have to call ‘home’ is an uphill task. Keeping our bags anywhere in the room after a hectic day at work, with your mom feeding you dinner with her own hands as you are too tired to do it yourself, handling all your tantrums with a smile on her face, is what a girl experiences in her maternal place. But what if you get in-laws, who are no less than your own parents and understand you the way your parents did? Nothing could be better, right? One of the most gorgeous actresses of the telly world, Divyanka Tripathi Dahiya can totally relate to this! (Do Read: Amy Jackson To Get Engaged To Her BF On This Date, With Their Baby Inside Her Womb)

Undoubtedly, Divyanka Tripathi Dahiya is blessed with the coolest in-laws ever! We have hardly seen a moment wherein the actress isn’t wearing a broad smile on her face when she is with them. On Diwali 2018, Vivek Dahiya had turned photographer for his wife, Divyanka and mommy, Manju Dahiya and clicked an array of saas-bahu PDA. Sharing the pictures, The Voice anchor had captioned the collage as, “#PyaarKiThapki #Moments Photography by @vivekdahiya”, “#Diwali is over...pictures aren't!” Checkout! It was only a while back, when Divyanka Tripathi Dahiya took to Instagram and sharing two beautiful, all-happy pictures with her hubby, Vivek Dahiya and her in-laws, wrote a heartfelt caption. The images which telly world’s Ishi Maa posted were captioned as, “#Family completes us...else we are just lonely soldiers in our own worlds.” 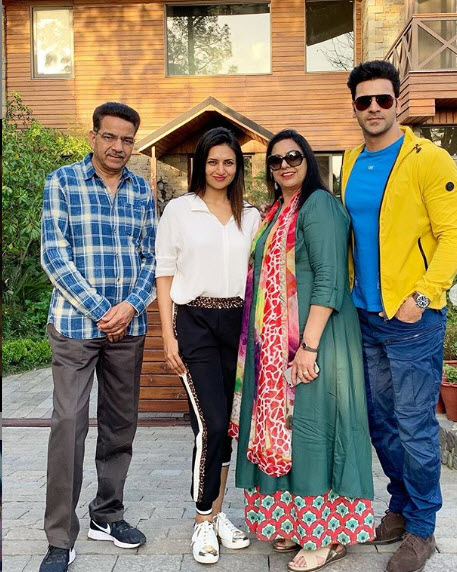 Aren’t the pictures beautiful? It was Vivek Dahiya’s mother, Manju Dahiya’s birthday on November 09, 2018, and her doting bahu, Divyanka Tripathi Dahiya took to Instagram and shared with all her fans about how thankful she is, to have her sasu maa in her life. Sharing a stunning picture, Divyanka wrote, “Thanks for coming in my life Mommy. #HappyBirthday! @manjudahiya009 #MomInLawTheBest.” (Must Read: Shweta Bachchan Nanda And Abhishek Bachchan Post Heartfelt Wishes For Jaya Bachchan's 71st Birthday) Talking about Divyanka Tripathi Dahiya and her hubby, Vivek Dahiya, a few days back, rumours were rife that the former is pregnant with their first child. Divyanka is currently hosting a singing reality show, The Voice and her hubby, Vivek, had taken to Instagram and posted a fun-filled picture from the sets of the show, which people speculated to be a slight bump. Later on, media stationed at the Indian Telly Awards quizzed the couple on Divyanka’s pregnancy rumours and they had a hilarious reply. Also, here is the picture from where all pregnancy rumours of Divyanka started to afloat once again: 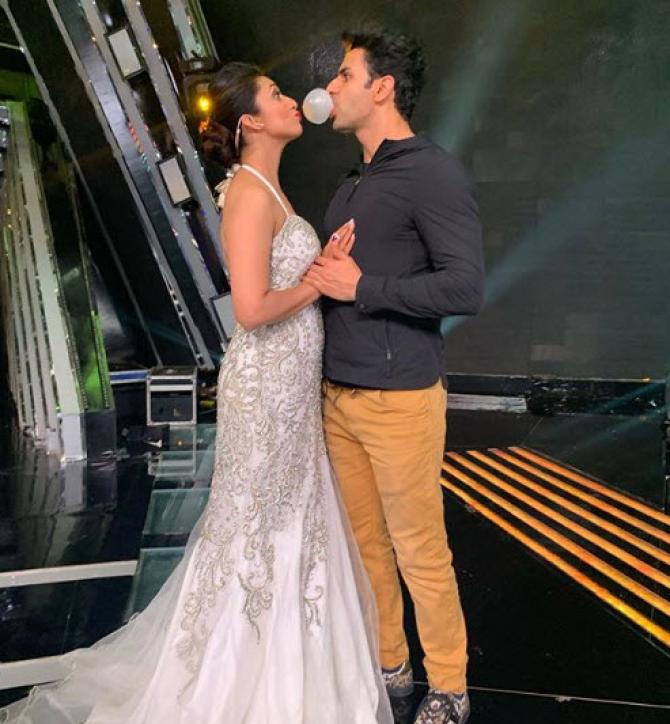 Divyanka Tripathi Dahiya was quoted as saying, "The person who has edited that picture is very talented. He actually edited my picture in such a way that my stomach looked super large. I don't know who was behind it." Vivek Dahiya too, took a dig on the same and shared, "That's not an edit. It's the truth. We have removed it and kept it aside now. It is detachable. Whenever we feel like it we attach a pillow on our stomach and go about our day. Then remove it as and when we like." The Yeh Hain Mohhabatein actress also shared, “My fans were really angry at the picture. But I had a hearty laugh. It was interesting.” Divyanka Tripathi Dahiya and Vivek Dahiya had gotten married on July 08, 2016. In an interview with HT, thereafter the actress had shared her feelings upon being married. She had shared, “Any woman would be happy when she is taken care of and pampered [by her husband]. The same applies to me. Ever since I got married, I have been in a blissful state. I recommend marriage to everyone. People say, “Shaadi ka ladoo khao toh pachtao, naa kaho toh pachtao (You regret getting married, and regret not getting married).” But I don’t understand why people regret either. All one has to do is find an eligible partner. And if you have enough patience, and if you are understanding and can adjust a little bit, life can be beautiful after marriage. It’s really wonderful to have a BFF (best friend forever) in the form of your partner.” (Next Read: Janhvi Kapoor Reveals What Her Dad, Boney Kapoor Has To Say About Rumoured Boyfriend, Ishaan Khatter) 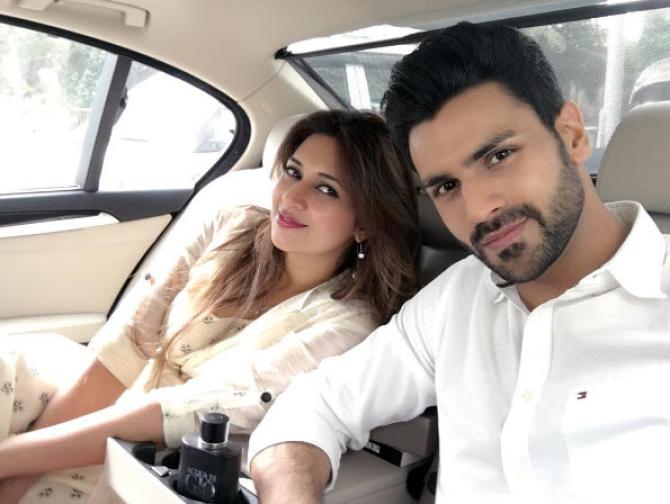 In yet another interview with Deccan Chronicle, Divyanka Tripathi Dahiya and Vivek Dahiya had spoken about the do’s and don’ts in a relationship. While the mister had shared, “Be loyal. Don’t hide anything from your partner. Always be transparent. Love your partner unconditionally. Avoid invading each other’s space”, the missus had revealed, “Respect your partner. Be happy in your partner’s happiness. Never fight with or disrespect your partner in front of other people.” 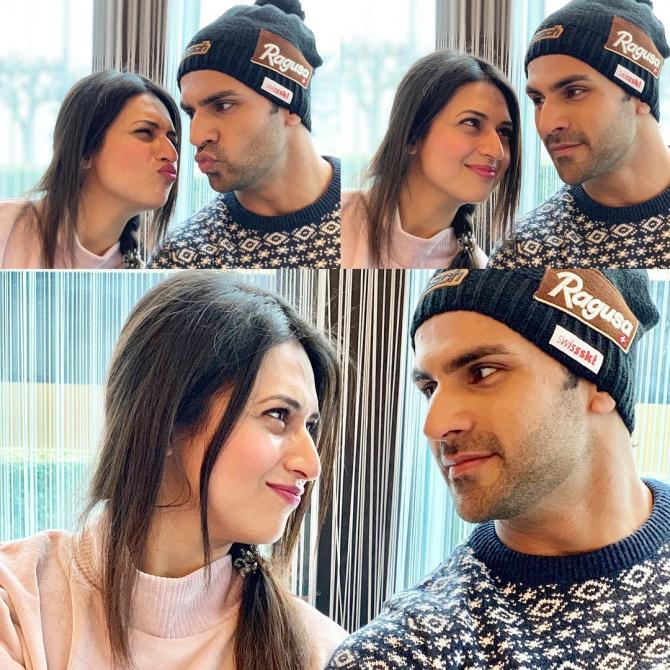 Guys, what do you have to say about Divyanka Tripathi Dahiya’s chill-session with her in-laws? Keep us posted!