Relationships are very complicated and when the showbiz world is talked about, we witness ample of such examples. One such complicated relationship has been of Vighnaharta Ganesh actress, Aakanksha Puri and Badho Bahu actor, Paras Chhabra. The two were initially in love and while everything was going fine, their break-up news turned up suddenly.

Meanwhile, Paras went on to date Naagin 3 actress, Pavitra Punia. But soon after a few months, Paras broke off with her and got back again with Aakanksha. So much of confusion! To be precise, Paras and Aakanksha are back together and are going quite strong. After getting back together, both of them announced it on their social media handles. 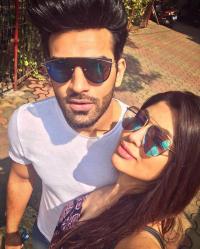 Sharing their couple pictures, Aakanksha wrote, “It took me really long,, 2yrs almost ..it could have taken a day but what was meant to happen finally found its way !! It’s a big YES !! @parasvchhabrra #newbeginnings #committedforthefirsttime #letsdothistogether #youandme.” On the other hand, Paras penned, “You look like an ANGEL so i might be GOD. @akanksha8000”. 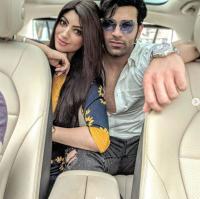 Now, Paras has given a lovely gift to Aakanksha as he gets her name inked on his left wrist for life. The model-turned-actress herself shared the picture of the same and expressed her feeling in the caption. Aakanksha wrote, “You made me fall in love with my name and myself all over again!! I usually have a lot to say but this time you left me Speechless @parasvchhabrra I so wish I was there holding your hand when you were going through this pain. Love you baby. You make me fall in love with you over and over again”. Here’s Aakanksha’s post followed by their Instagram stories: 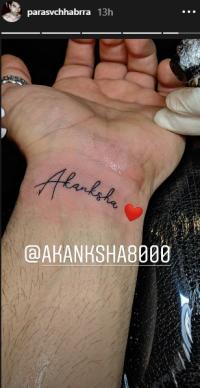 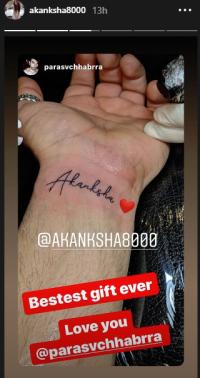 On New Year 2019, Aakanksha Puri shared a lovely click with Paras and wished everyone for the happy start. She wrote, “Same day same time 1 year back 1st January 2018!! We really have come a long way!! Let’s step into 2019 together @parasvchhabrra #morestrong #powercouple Happy new year everyone”. 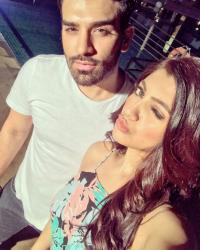 In an interview earlier with BollywoodLife, Aakanksha confirmed that she is dating Paras. The Vighnaharta Ganesh actress was quoted as saying, “It’s been two years since we are together. I’m very secretive about my personal life. I never spoke about our relationship; however, Paras was open about it. We were together for a long time. However, my private nature got between us. This became a little issue between us, as he misconstrued my secretiveness as I’m not sure of the relationship. He started having trust issues as I used to behave differently with him in the public as well”. She also added, “Be ready enough to tell the whole world,' is what he told me. We then decided to take a break. Post that, he was looking for a rebound”.

On explaining Paras and Pavitra’s equation and the fact that the two started seeing each other, Aakanksha revealed, “That’s when he found this female. Although, he was quite clear that he wasn’t looking for anything serious. And he came across a girl who had the same view”. She further added, “He used to be continuously in touch with me. He used to send their photos only to irritate me. They were deliberately doing all the PDA to make me jealous and get the news and the buzz. Which both got eventually”. 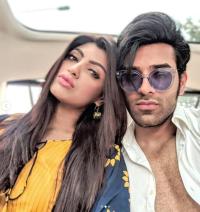 When the two had broken up, the lovebirds took a break from each other for four months. This was the time when she realized how much she missed him. Confessing her love for Paras, she told the portal, “Obviously I was missing him. I realised that I need to be sure of it. (After they were done) We decided to get back. His approach was different this time. I always used to get irritated looking at their pictures and I felt emptiness”. 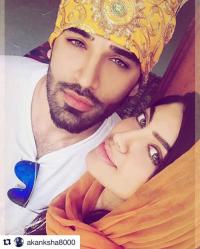 Elaborating further on their relationship, she said, “We are really different as a person. While I’m very private and low-key, he is a little controversial. That has always been my concern though. However, with this, I’ve spoken about my relationship for the first time. Everyone is very happy. Even the family is happy. Enough of running away from relationships. I’m sure he is my man”.

Paras, you have given a beautiful gift to Aakanksha. What do you guys have to say on this? Keep us posted!