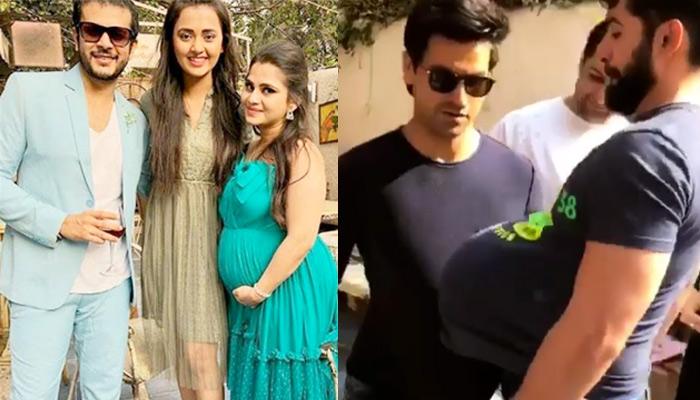 Jigar of Baa Bahoo Aur Baby and Ishaan of Sasural Genda Phool, actor Jay Soni, has been in the news recently for he is about to embrace fatherhood. He is married to Pooja Shah, a girl of his parents’ choice. Recently, he made an official announcement of Pooja’s pregnancy, fans rejoiced with happiness. Speaking to Bombay Times earlier, he revealed his feelings about fatherhood and said, “The baby is due in April. I didn’t disclose the news earlier, as we are not allowed to share it till the first trimester is completed. I am extremely excited.” (Also checkout: Esha Attended The Maharashtrian Style 'Godh Bharai' Of Her Bestie From Second Standard)

And now, the news is that Jay and Pooja had their baby shower recently. Telly world’s biggies like Vivek Dahiya, Jay Bhanushali, Karishma Tanna, to name a few, attended the baby shower. Jay took to his Instagram stories and shared numerous pics and videos for his fans. Donned in blue suit, Jay looked dapper at the event and the mommy-to-be was seen in a green gown. However, the most interesting part of this baby shower were the men. Yes, Jay, along with his telly friends posed with a fake baby bump! Isn’t that sweet and symbolic? Check out the fun-filled videos from the event here:

A post shared by Priyanka Vikaas Kalantri (@priyankavikaaskalantri) on Jan 20, 2018 at 9:18am PST 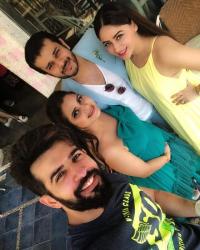 Vivek Dahiya, who is married to Divyanka Tripathi, took to his Insta handle and posted a beautiful picture, captioning it as, “Jay and Pooja’s baby shower was one of a kind! God bless the soon to be parents and wishing you both a hassle free pregnancy.” 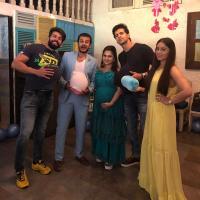 For those of you do not know, Jay and Pooja had an arranged marriage and it was Jay’s parents who found his life-partner. Pooja is a footwear designer by profession and hails from Gujarat. The couple got married in a close-knit ceremony on February 18, 2014. Earlier, speaking to a leading portal about his choice of arranged marriage, she revealed, “The only reason why I opted for an arranged marriage is that I want a simple girl who would lead a happy life. I also want to settle down and career will take its own natural course.” 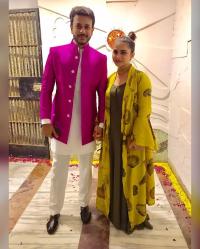 For Jay, it seems that the traditional path of marriage seemed the most appropriate. Before his marriage, he was quoted as saying, “Our parents set up this meeting but once we spent some time together it felt like I have known her for years.” In October 2013, the couple got engaged. Speaking to the Deccan Chronicle, about their second meeting, Jay earlier confessed, “When we met the second time for a lunch date, that’s when dono ke dil mein ghanti baji and we decided to take it forward.” Somewhere Pooja also felt that there was so much between them the second time they met. She said, “The first time we met, there wasn’t that much of a connection.” 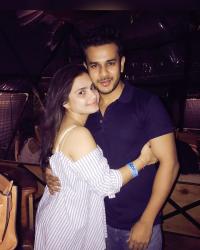 Since their marriage, the couple has been enjoying their marital bliss a lot. And their love and friendship are so evident when we look at Jay’s Instagram handle. For example, on Pooja’s last birthday, Jay posted a beautiful picture of the two and captioned it even more beautifully, “I feel a part of my soul has loved you since the beginning of everything. Maybe we're from the same star happy birthday love @poojaysoni.”

We wish Jay and Pooja a very happy parenthood, and cannot wait for their little munchkin to arrive.