Vivek Dahiya and Divyanka Tripathi Dahiya are in London celebrating Divyanka's birthday. On December 17, 2019, Divyanka posted a video of Vivek dancing on the song, 'pretty woman' for her.

Love has the power to heal any wound no matter how deep it is. Falling in love with somebody you know from a really long time and the one who makes you feel special always is one of the best feelings. A plethora of emotions flow through our hearts when we are with our partner who we know will always be there for us standing like a pillar of strength. To keep up with a relationship, a couple has to make a lot of efforts. From planning surprise birthday parties to taking care of all important events, keeping a beautiful relationship takes a lot of efforts. (Also Read: Genelia Deshmukh's Heartfelt Birthday Wish For Hubby, Riteish Deshmukh Is Pure Love)

Television sweethearts Divyanka Tripathi Dahiya and Vivek Dahiya are true exemplars of a fairytale romance. From being each other’s strength to supporting one other, they have always been giving couple goals to the millennials. In 2015, rumours about Divyanka and Vivek dating each other had started doing rounds, the duo didn’t address their relationship then but on July 8, 2016, they had surprised everyone when they had tied the knot with each other. Since then they have been sharing mushy pictures with each other on their respective social media handles. The lovebirds are in London to celebrate Divyanka’s birthday and have been painting the town red. On December 17, 2019, Divyanka took to her Instagram stories and posted a video of her hubby, Vivek dancing on the song, ‘pretty woman’ from the movie, Kal Ho Naa Ho on the streets of London. Vivek looked adorable while dancing for his ladylove, Divyanka, who joined him later and showed her dance moves. Both Divyanaka and Vivek’s dancing was a treat to the eyes.

On December 14, 2019, Divyanka had turned a year older and her hubby, Vivek had taken to his Instagram handle and posted beautiful pictures along with a heartfelt note. His note could be read as “We rarely ever get an uninterrupted time to spend together. When I do scenes with “hit & miss” I often think of us. Last two months went by so quickly and so much has happened. All that we experienced, we learnt has already helped us evolve, become better version of ourselves but the best part of all this is doing it with You. @divyankatripathidahiya #HappyBirthdayLove #LatePost.” (Also Read: Juhi Parmar Reveals Story Behind Her Tattoo, 'Samairra The Angel' And How Her Daughter Reciprocated)

Vivek and Divyanka had fallen in love on the sets of the serial, Yeh Hai Mohabbatein. In a throwback interview with the DNA, Divyanka Tripathi Dahiya had revealed how she had fallen for him. Talking about the same, she had stated, “I had done a small scene with him and we were barely speaking to each other. Since I had no intention of having a relationship with him, I did not give him much of a thought.” Vivek, on Divyanka’s first impression on him, had retorted, “We were in the in the same show but we never interacted with each other. I had not done any scenes with her for a long time, but I could guage by her body language and from people around her that she was respected as a performer and a person. Always draped in a sari, I thought she was the Tulsi of today.” Once in a media interaction, Vivek had talked about how love blossomed between the two. He had revealed, “It wasn’t love at first sight. It was an arranged match. We were introduced by a common friend who is also a fellow actor. Then we started looking at each other from a life partner’s perspective. We often met after work and eventually started understanding that we are very compatible and similar to each other and we can take it further." (Also Read: Shweta Tiwari Reveals Her Family Didn't Talk To Her While She Was Facing Domestic Violence) 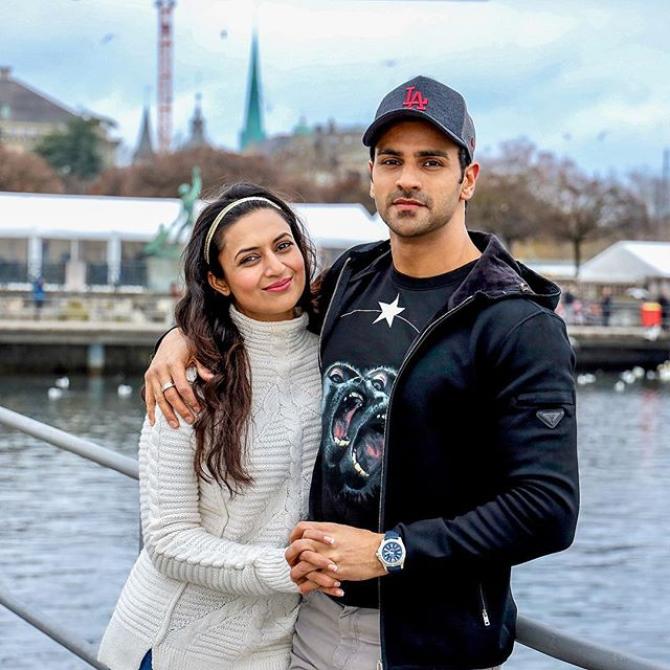 Aren't Divyanka and Vivek looking adorable? What do you think? Keep us posted. 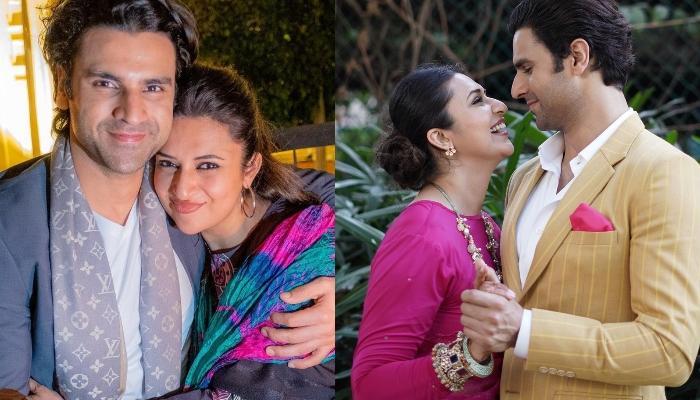