Vishal Aditya Singh and Madhurima Tuli, more than their performances on 'Nach Baliye 9', have made it to the news for their animosity. Vishal opens up about his infamous spats with Madhurima. 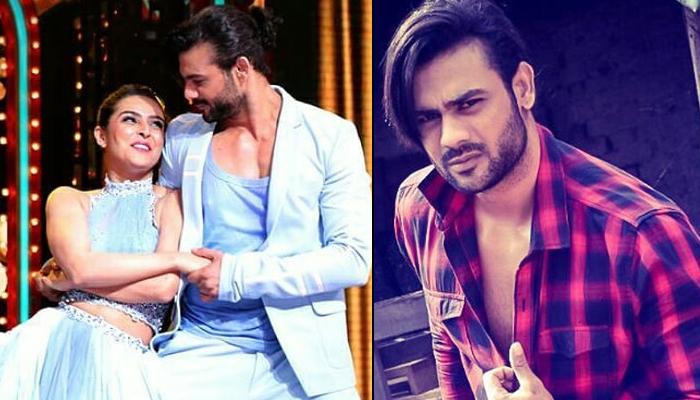 Nach Baliye 9 – a dance reality show for which we have been waiting with bated breath and finally when it had aired on national television, we were engrossed with the high-end drama on the show. With the different concept of getting the exes under one roof, Nach Baliye 9 has broken the TRP records and is currently the number one show on television. Along with the couples, the audience is excited to watch the chemistry of ex-couples including Urvashi Dholakia and Anuj Sachdeva, Aly Goni and Natasa Stankovic and Vishal Aditya Singh and Madhurima Tuli. (Also Read: Mansi Srivastava And Mohit Abrol Get Into War Of Words Through Cryptic Messages After Recent Fallout)

If we specifically talk about the last ex-couple, Vishal Aditya Singh and Madhurima Tuli, more than their performances on Nach Baliye 9, they have made it to the headlines for their animosity. Vishal and Madhurima had started dating in August 2017, during the course of their show, Chandrakanta — Ek Mayavi Prem Gaatha but had parted ways on a bitter note eight months later. Vishal and Madhurima then, reunited for the dance reality show, Nach Baliye 9, but their differences are quite evident to the audience. 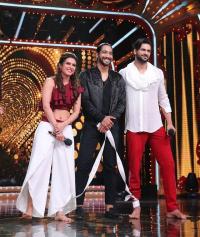 In an interview with the Bombay Times, Vishal Aditya Singh opened up about his infamous spats with Madhurima Tuli on Nach Baliye 9. Clarifying his comment for Madhurima on the show when she, according to him, mistook his word ‘galat’ for ‘ganda’, Vishal said, “During an episode, Salman (Khan) sir asked us what had gone wrong in our relationship. I replied, ‘Yeh mere liye galat insaan thi’. But she mistook galat for ‘ganda’ and Salman sir corrected her instantly. See, no relationship ends on a good note. One is either happy or sad in a relationship. However, when we were together, I was perpetually in a predicament whether to laugh or cry. She must have broken up 50-odd times during our courtship, over the pettiest of issues. I never wanted it to end because I was madly in love with her.”

Vishal Aditya Singh blames Madhurima Tuli’s temperament for their breakup and elaborated on the same, “Besides finding me desi and not fluent in English, I think she felt that I wasn’t financially strong. She would fight with me every time before we went out. I once asked her if she was ashamed to be seen with me in public, and she agreed. She was also abusive. I have never spoken about this before, but the relationship had started affecting my work. I was in a terrible state of mind during our courtship. It’s better to part ways if a relationship obstructs your growth. I was always averse to marriage and my breakup with Madhurima has made that resolve stronger. I just want to adopt a girl now.”

So, why did he participate in the dance reality show if things had come to a head? Vishal Aditya Singh retorted, “The makers approached me first and when I learnt that they wanted me to pair up with Madhurima, I turned down the offer. She told me that the show will boost her career and hence, she wanted to participate in it. I relented eventually, as my friends convinced me.” (Also Read: Urvashi Dholakia Reveals Twins, Sagar And Kshitij's Acting Debut Amidst Never-Ending Nepotism Debate)

And what about the speculation of their fights on the show being staged? Vishal Aditya Singh replied, “Let people think that it’s staged; I don’t care. If I am that rough on stage, they should know to what extent I have suffered in this relationship. To hug a person is my personal choice. I am not letting the equation come in the way of our work. If that was the case, I would have told the choreographer to avoid any hugging or intimacy in the performances. I am absolutely fine with the way I am behaving on the show and have no regrets. Just because I bare my heart on stage and she stays quiet, doesn’t mean that’s how it is backstage, too. Whatever you are seeing on screen is the real me and I am not faking it for the ratings. Nothing is scripted either. Though we share a vanity van, we don’t interact at all. But the minute the camera is on, she starts exchanging pleasantries. I can’t be fake like her. In fact, she claimed on the show that we broke up recently, but it’s been a year since we parted ways.”

In an interview with SpotboyE, Vishal Aditya Singh had revealed the main reason for the differences between him and his ex, Madhurima Tuli. Vishal had said, “She (Madhurima) has a very bad temper. I was in love with her. I am not in love with her now.  So, I will handle situations accordingly to create flow.” Later when SpotboyE had contacted Madhurima, she had reacted on Vishal’s comment and shared her side of the story.

Reacting on Vishal’s claim of her having ‘bad temper’, Madhurima said, “He is behaving as if he doesn't have a temper. In fact, I haven't reacted until now much and doesn't that imply that he has a temper which is worse than mine?” When asked, “Does he have temper issues?”, Madhurima retorted, “Of course, he does. Look at how he reacted on Episode 1.”

Vishal Aditya Singh had also said, “I was in love with her. I am not in love with her now”. Sharing that if this applies on her too, Madhurima Tuli had stated, “Absolutely.” Revealing her mom’s reaction, Madhurima continued, “She was shocked and even cried a lot when she saw the first episode. But now that I have gone for it, I might as well go ahead.” When asked, “Will you work with him in future ever?” Madhurima had replied, “Nahin, mushkil hai.” (Also Read: Anushka Sharma and Virat Kohli Look Chic As They Twin In Colour-Coordinated Outfits For Lunch Date)

Despite the animosity between Vishal Aditya Singh and Madhurima Tuli, we love their chemistry on Nach Baliye 9. What about you? How funny would it be if your ex called you to wish 'happy birthday' only to find out they've wished on the wrong date! Very funny, right? Imagine something like this happening to a celebrity because someone, in an attempt at some silly mischief, changed their birthdate on Wikipedia! Something similar