Vishal Reacts On Madhurima Throwing The Mic On Him, Says The Woman Is To Be Equally Blamed

Vishal Reacts On Madhurima Throwing The Mic On Him, Says The Woman Is To Be Equally Blamed

The most controversial couple of 'Nach Baliye 9' Vishal Aditya Singh and Madhurima Tuli, got evicted from the show last week. Post their eviction, Vishal opened up about his equation with Madhurima. 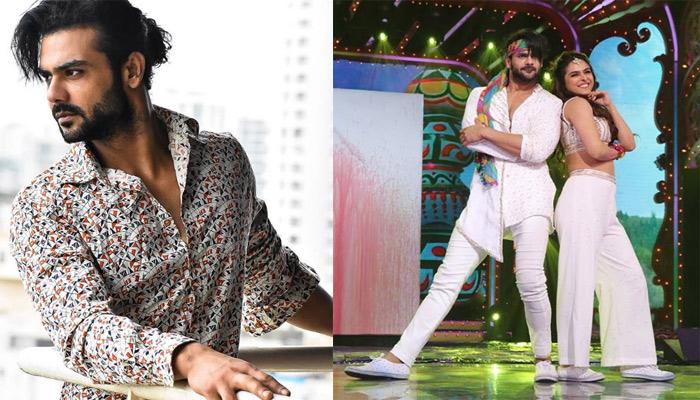 The latest session of the dance reality show, Nach Baliye 9 has been in the spotlight ever since the first episode got telecasted. In this session, to spice up the things, the makers decided to pair ex-couples together for the competition. Working with your ex can either prove to be a good thing for your relationship just like Urvashi Dholakia and Anuj Sachdeva or negative like the ‘Kabir Singh’ jodi, Vishal Aditya Singh and Madhurima Tuli.

The two had met on the sets of the show, Chandrakanta and fell in love while working together. However, due to compatibility and understanding issues, the two had parted their ways in a short span of time. Vishal and Madhurima were approached by the makers of the dance reality show, Nach Baliye 9. Ever since the show had started, the two have managed to grab the attention of the paparazzi. However, the much-hyped ex-couple got evicted from the show last week. (Suggested Read: Bruna Abdullah Of 'I Hate Love Story' Fame Shares The Picture Of Her New born Baby Girl) 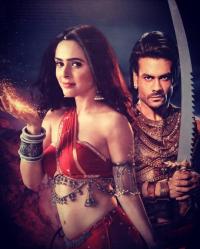 Post their eviction, in an interview with the Times Of India, Vishal opened up about his equation with ex-girlfriend, Madhurima Tuli and what went wrong between the two during their relationship. The Chandrakanta actor said, “In any relationship, the guy should not be blamed for it going wrong, the woman is to be equally blamed. Had I thrown the mic and said I don’t want to do the show; people would have abused me and said so many things. We are different individuals and like anyone else we fought but we also danced even though we are not professional dancers.” 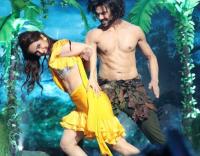 Talking about his fights with Madhurima, in an interview with the Hindustan Times, Vishal had commented, “We had a fight, but even couples fight. Tiffs and differences are usual, it’s part of the job and I believe it keeps the spark alive in our performance. And despite all this, we enjoy our work. The reason behind regular fights is that we do not agree on anything. I don’t speak so as not to spoil everything. I haven’t participated on Nach Baliye 9 to fight. I am here to dance and win and show the world who I am. Why we fight so much is because we are exes. Couples also fight but when you fight with an ex, you are more free to say anything you want.” (Recommended Read: Malaika Arora Shares A Pretty Pic Of Herself, Sanjay Kapoor Teases Her About 'In-House Photographer')

In a recent interview with SpotBoyE, Madhurima talked about the reason behind slapping Vishal during their rehearsals. She was quoted as saying, “I slapped him when he pushed me. I had abused him, but he could have abused me back. He had no right to push me. I couldn't take his frequent aggression, I felt it was high time I countered it. And I did just that. He didn’t realise for 5 minutes that I had slapped him. I tried my best to be at my best with him on the show. Honestly, I just lost it in the end. I couldn't take his attitude anymore. I just lost my patience and burst out. He had insulted me so often but nobody made a big deal about that.”

Talking about whether she would greet Vishal in future, Madhurima had said, “Do you think I should, after all that happened on the show? No, I won’t. I won’t even greet him if I bumped into him anywhere in my life hereafter.” When asked if the fights and arguments with Madhurima were staged, Vishal had revealed, “A lot of people said we were giving content to the show with our fights, I would like to say at least we are real and showed what we are to the world. And for the last time, I would like to say that the fights were not staged.” 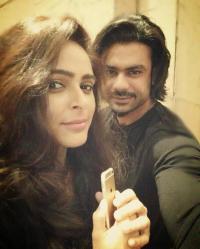 Talking about their early eviction from the show, Madhurima had revealed to SpotBoyE, “I had a gut feeling that I would land up in the Bottom Two that day, Shraddha Arya is a bigger name on TV, has a larger fan following, and more than that, honestly speaking our dance that day was not up to the mark. Shraddha and her jodidar’s concept was stronger and hence had more impact.” (Must Read: Kapil Sharma Reveals The Preparations He And His Wife, Ginni Chatrath Are Doing For Their Little One)

We wish Vishal and Madhurima, all the best for their respective future endeavours!