Malaika Arora and Arjun Kapoor have turned out to become one of the 'IT' couples of the Tinseltown. Scroll down as Arjun's chachu, Sanjay Kapoor teases her about the in-house photographer, Arjun! 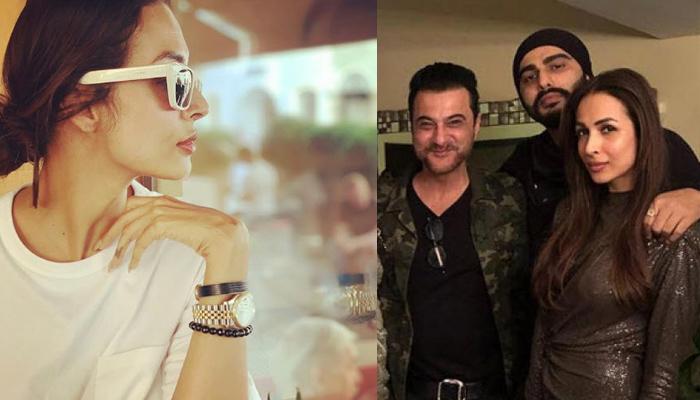 Bollywood celebrities never ever cease to surprise us with some shocking divorces happening every now and then, and unexpected couples coming on board. All Bollywood buffs had gotten a pleasant surprise when everyone got to know that Malaika Arora and Arjun Kapoor are seeing each other. Initially, they had taken their time to open up about their union, but now, they are touted amongst the ‘IT’ couples of the Tinseltown. Talk of their hand-in-hand outings, dinner dates, special birthday wishes or bonding with each other’s families, Arjun and Malaika score full points on all counts.

In case you have been living under the rocks, Arjun and Malaika had whisked off to an unknown destination for another romantic getaway of theirs. Right after wrapping her professional commitments with Lakme Fashion Week 2019, Malaika was snapped by the paps at the airport along with Arjun, as they had left for their vacay. Ever since, the lovebirds have been sharing their solo pictures on their respective Instagram handles with the same backdrop.

On September 1, 2019, Malaika shared a lovely click of herself from her vacation with Arjun at an undisclosed destination. She captioned her post as, "Happy Sunday,” followed by a few heart emojis. Soon after the picture was posted by the diva, Sanjay Kapoor took a dig at her and teased her 'in-house photographer’s' skills (directing to Arjun). He wrote, “Your in house photograher is doing a good job @malaikaaroraofficial.” To which Malaika replied by writing, “@sanjaykapoor2500 hahahahahahaha sir.” Take a look at the picture as well as the screenshot of their comments: 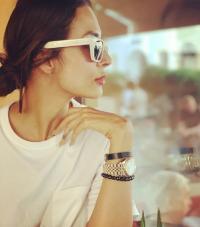 It's not only us who are saying, “Do dil mil rahe hain magar chupke chupke…” when it comes to Arjun and Malaika, even he himself believes so! As we were strolling through Malika and Arjun’s latest Insta stories, we stumbled upon one shared by Arjun wherein he too crooned the same song as he shared a picture of two heart balloons, hanging at a window. Atop the same, Arjun wrote, “Do dil mil rahe hain magar”, in Hindi. Here’s the picture in question: 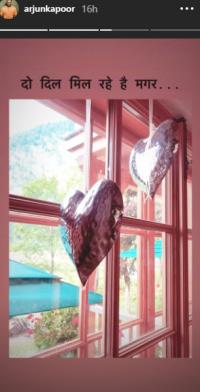 Coming back to Arjun turning pap for his muse, Malaika, this is not the first time when anything like this has happened. Even prior to this, there have been many instances where he had clicked lovely pictures of her. Not just him, even Malaika has returned the favour by clicking her prince charming quite often. Talking of this reminds us of a recent social media banter of this gorgeous looking couple over picture courtesy.

A few days back, on August 18, 2019, Malaika had taken to her Insta handle to share a monochrome picture of herself cuddling her pet dog. The picture was clicked by none other than her ‘in-house’ photographer, Arjun. She had captioned her snap by simply writing “Happy Sunday”, without giving due credit to Arjun, who in turn had instantly commented, "The photographer got Skills girl!" On the other hand, Arjun had shared a smiling picture of himself laying on a table dressed up in an all-black avatar. He had written, "When she caught me smiling." And to this Malaika had commented, "Very talented photographer I must say." 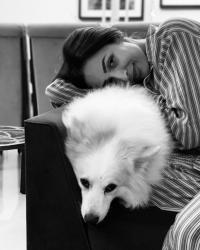 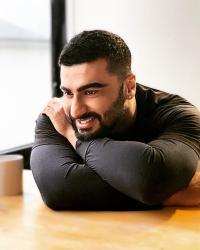 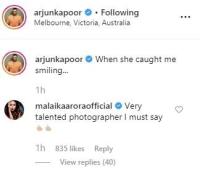 Rumours about Arjun and Malaika tying the knot have been doing the rounds for a long time now. Recently, in an interaction with the Filmfare, Arjun gave clarity on the same and was quoted as saying, "I am not getting married. Malaika and I have to still discover each other in public space and enjoy the comfort of being a couple. We need to ease. We need to take our mind off this pressure of getting married. Sometimes you just need to be in a relationship. You need to live it; you need to enjoy it for what it is, rather than what it should be according to people. We are at ease with each other." 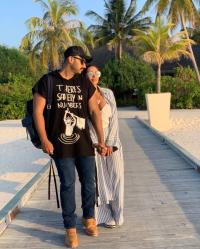 What do you guys have to say about Sanjay teasing Malaika over her ‘in-house photographer’? Do let us know! 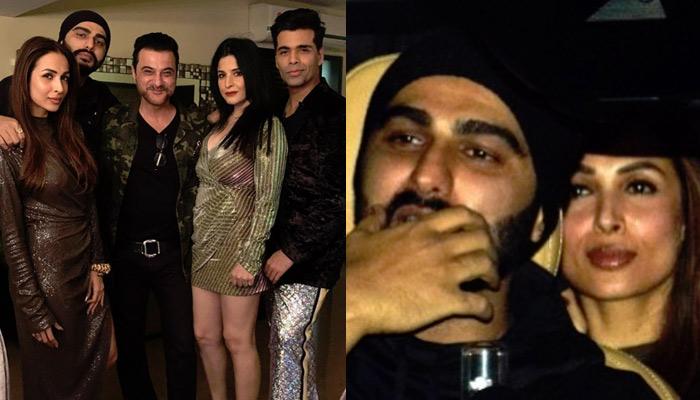 We have just stepped into 2019, and two days back we were all set to welcome the New Year. Some were vacationing at their favourite destinations, some were chilling at their home with their families, and others were partying hard with their close pals. One of the most sizzling and talked