The famous ex-flames, Vishal Aditya Singh and Madhurima Tuli have been grabbing headlines with their verbal and physical spats. Recently, Vishal confessed his love for her post her eviction from BB.

How difficult does it get to let go of your special someone when you fall out of love? Sometimes, it becomes very difficult to move in your life, and even after a lot of thinking you fail to let that person go away from your life. Such is the case with ex-flames, Vishal Aditya Singh and Madhurima Tuli. When the duo had participated in the dance reality show, Nach Baliye 9, we had seen a different side of them. From verbal to physical spat, Vishal and Madhurima had gathered all the negative attention towards them and more than their breathtaking performances, it was their backstage drama which was the highlight. They had received a lot of applause for their mind-blowing performances and at the same time had received a lot of negativity and were criticised for using their personal issues as an excuse to be in the limelight. (Recommended Read: Akshay Kumar Taking His Mom To Her Favourite Place In The World Is Every Mom's Wish From Their Son)

After the finale of Nach Baliye 9, the viewers had thought that Madhurima Tuli and Vishal Aditya Singh will no longer be seen on the television screens as a pair. But to everyone’s surprise, Vishal had made an entry on the most controversial reality show, Bigg Boss 13 and after few weeks, we had seen his ex, Madhurima also entering the house as a wild card contestant. And the duo was back with their mixed feelings. On the one hand, Madhurima was seen kissing Vishal and confessing her love for him and on the other hand, she was seen beating him up with a slipper. Their chemistry had made everyone wonder what is the issue between the two and why can’t they stay away from each other. But the answer lies in Vishal’s confession for Madhurima after her eviction from the show. The physical spat between Madhurima Tuli and Vishal Aditya Singh had left everyone in shock and even the host of the show, Salman Khan had asked them to sort out their differences and act normal inside the house. But the duo didn’t listen and Madhurima was seen beating Vishal with a frying pan, this didn’t go well with Salman and in the recent, weekend ka vaar, he had evicted Madhurima from the show. Post her eviction, Vishal confessed his feelings for her and we gave got the answer as to why can’t they stay away from each other. Post her eviction, he was seen in a conversation with Asim Riaz and Shehnaaz Gill, Vishal confessed that he is feeling bad that she has been evicted.

Shehnaaz was seen asking Vishal, whether he was feeling sorry for Madhurima’s eviction, to this he replied, “a lot.” He further expressed that he wanted to share the same with Madhurima but couldn’t do so and whatever she thinks of him, he will surely meet her after the show. Asim enters the conversation and asks, “you will meet her for the beating,” to which Vishal replied, “No, not for the beating. I am deeply in love with her.” Further, Sana asks Vishal if his feelings for Madhurima have strengthened after her exit, Vishal says that despite loving her, there’s no scope of their patch-up and said, “I was always deeply in love with her. No matter she beats me up or kills me, she has 1000 reasons for not staying with me, even I have 1000 reasons, I could never come out it.” (Suggested Read: Shoaib Ibrahim And Dipika Kakkar Ibrahim Enjoy 'Just The Two Of Us' Moment In A Sunkissed Picture)

Post her eviction from Bigg Boss 13, Madhurima Tuli, in an interview with BollywoodLife had opened up about her soured relationship with Vishal and their ugly fights. She had talked about the mental torture and humiliation she underwent and stated, “It was mental torture. He had given me false hopes, which I realised later. If he truly loved me, he would not be insulting me time and again. I don't think he loves me or ever loved me. Inside the house, he kept on poking me and made me feel disgusted about myself. He said I am zero, my career is zero and I have done nothing professionally without him. If you raise questions on someone's professional credentials, anyone would get instigating. He said I was someone solely because of him and that was traumatizing.” Madhurima had also addressed the verbal violence with Vishal and had said, “The manner in which he spoke to me was disgusting. He would say Chal Futt and Tere Upar Main Thookungaa Bhi Nahi. He says he does not use abusive words but this is equivalent to abuse. He isolated me in the house. Vishal always wanted me to be out of the show. Salman Sir also pointed out that this was not the way to talk to anyone, forget a girl.” 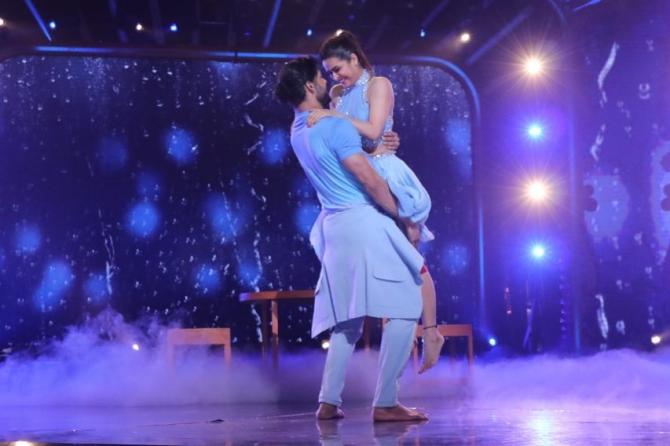 Madhurima had given details about her abusive relationship with Vishal and stated fights are normal in a relationship but when it happens on national television, it becomes a big issue. She had also stated that if a guy hits then it is a common thing and if a girl does the same then it becomes a big deal. She had covered up her act of physical violence and stated that she did not cause any physical damage to him as she just hit him on his butt. (Must Read: Shweta Tiwari Talks About Being On Her Toes To Provide Quality Life For Her Kids, Palak And Reyansh) 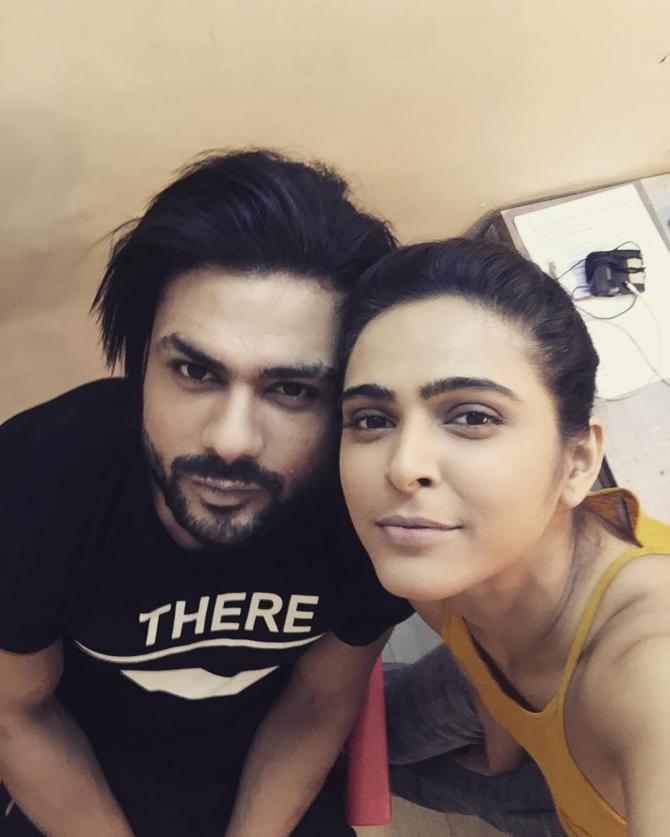 We wish Vishal and Madhurima to sort out their differences and move on in their lives soon! 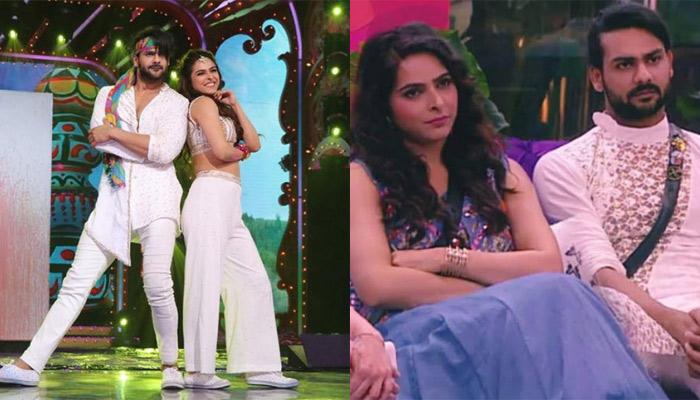