Amidst their hectic schedules, Shoaib Ibrahim and Dipika Kakkar Ibrahim took out some time and enjoyed 'us' moments. Shoaib took to his social media handle and shared an adorable picture of the two.

When a couple falls in love and takes the plunge to be each other’s forever and take the seven holy vows, they never think about what will happen if they will fall out of love. No one wants to think about the negative aspects of a relationship until and unless they face it themselves. And when they do, it becomes difficult for them to manage their lives and bring it back on track. Dipika Kakkar, who is known to be one of the leading ladies of television screen had found love and had tied the knot with him, but little did she know that things will fall apart and they will have to part their ways. Then came the time when she had started shooting for her show, Sasural Simar Ka and had met Shoaib Ibrahim and the duo felt the spark between them and had entered the bandwagon of married couples. (Recommended Read: Kangana Ranaut Reveals Taking Average Films For Her Sister, Rangoli's Acid Attack Treatment)

Dipika Kakkar had added ‘Ibrahim’ to her name on February 22, 2018, in an intimate nikah ceremony. From their pre-wedding functions to the reception, Dipika and Shoaib had made our hearts swoon and had made us believe that they are made for each other. From their filmy Instagram posts to their romantic getaways, Shoaib and Dipika have been redefining the meaning of love, romance, and friendship. Dipika had willingly changed her religion and both celebrate each festival with utmost grace and fervor. Their social media handles are a visual treat and we can’t stop ourselves from drooling over their mushy captions and romantic pictures. From sharing their ‘chai time’ pictures to sharing ‘we woke up like this’ pictures, Dipika and Shoaib have been #CoupleGoals! 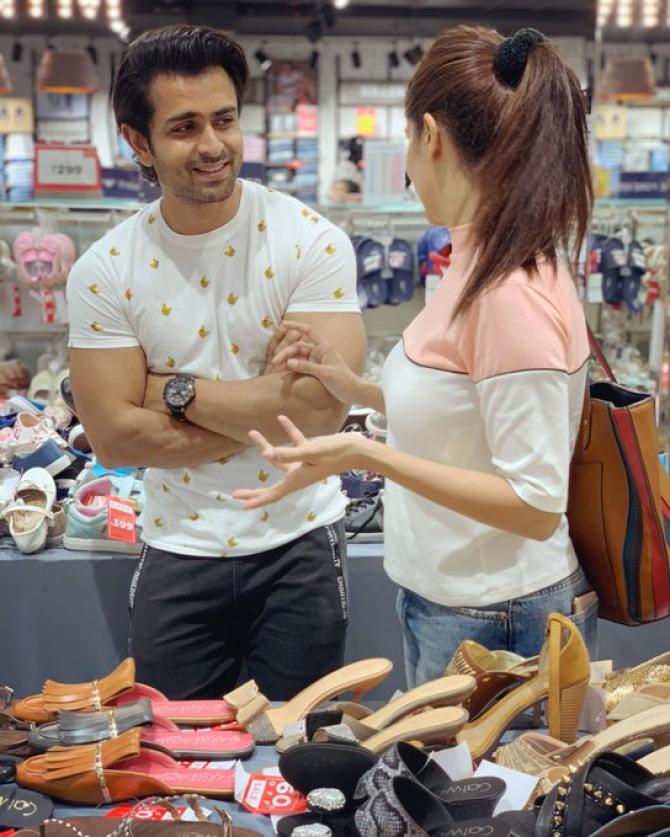 Dipika, who is busy shooting for her show, Kahaan Hum Kahaan Tum doesn’t get much time to spend with her loved ones and especially her hubby, Shoaib. Such is the life of celebrities, but Dipika and Shoaib try their best and squeeze out some time to spend with each other and create beautiful and romantic memories that they will cherish forever. And January 21, 2020, was no less as Shoaib took to his Instagram handle and shared a sunkissed picture of himself with his wifey, Dipika. He captioned the image as “Just The two of us,” to this his sister, Saba commented, “Nazar na lage.”

It was Diwali on October 27, 2019, and while we all were busy spending the festival with our loved ones, two posts from Dipika Kakar Ibrahim and Shoaib Ibrahim respectively, wishing everyone on Diwali had made us all gaga! The pictures had Dipika dressed up in a red and orange kurta, with dangling jhumkas in her ears, happily smiling and posing with her dapper hubby, Shoaib, who too, had looked amazing in a white pathani. While Dipika had captioned the pictures as “Wish you all a Very Happy Diwali from US!!!,” Shoaib had written, “Aap sabko Diwali ki hardik shubhkamnayein." (Suggested Read: Ayushmann Khurrana Wishes Wife, Tahira Kashyap 'Happy Birthday' With A Heartfelt Post On Instagram) 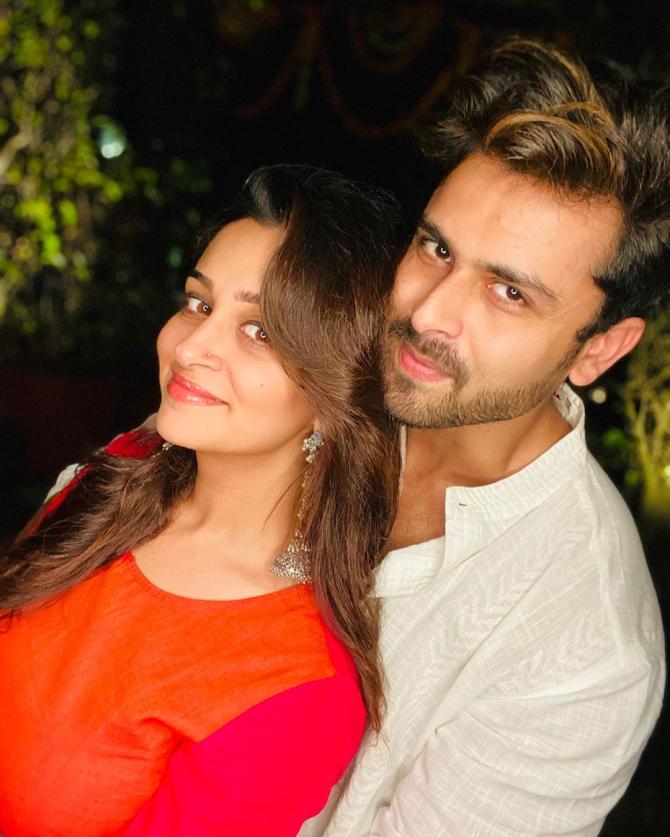 A month after their wedding (March 2018), Shoaib Ibrahim had shared interesting details about their marriage in an interview with the Hindustan Times. When asked about how much life has changed for him, Shoaib had stated, “Dipika and I have known each other for a long time for anything to change much. It’s just the formality and tagging the relationship with the marriage brand that has changed. But yeah, I feel we both have become more caring towards each other and there’s more love [now]. Also, the fact that we live together now and come back home to each other is a beautiful feeling.” 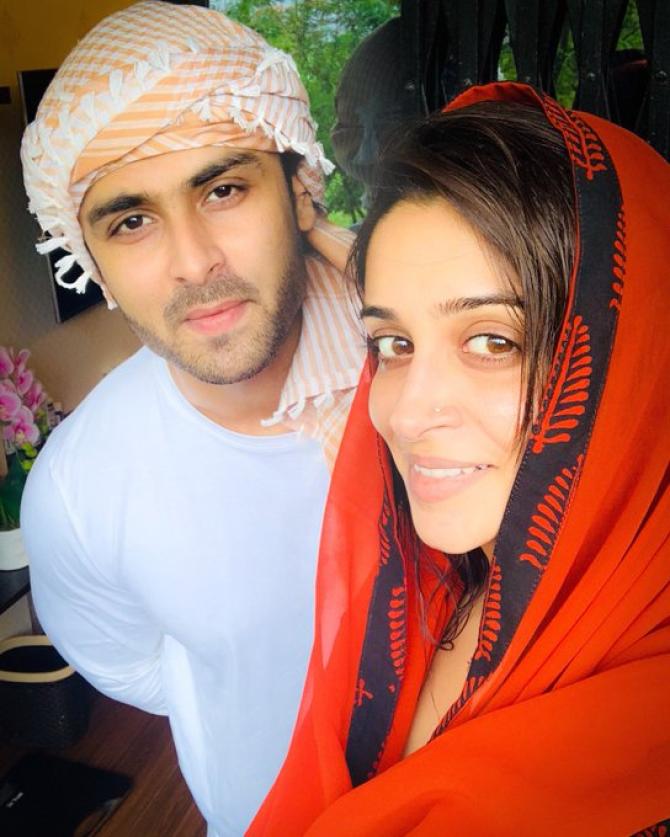 Shoaib Ibrahim and Dipika Kakar Ibrahim had a light-hearted conversation with The Indian Express where they had talked at length about their relationship. When they were asked as to what they love, hate, and tolerate about each other, Dipika had replied, “I love about him is the way he carries his relationships be it with his family, with his friends, you know. He just takes them together and walks ahead. So, that is what I love about him”. Adding further, Dipika Kakar Ibrahim had said, “What I hate about him is not something that I would like to discuss about openly. And what I tolerate about him is his phone. Kabhi mujhe mauka mile na to main ise dustbin mein daal ke aa jaungi. I tolerate this about him definitely.” 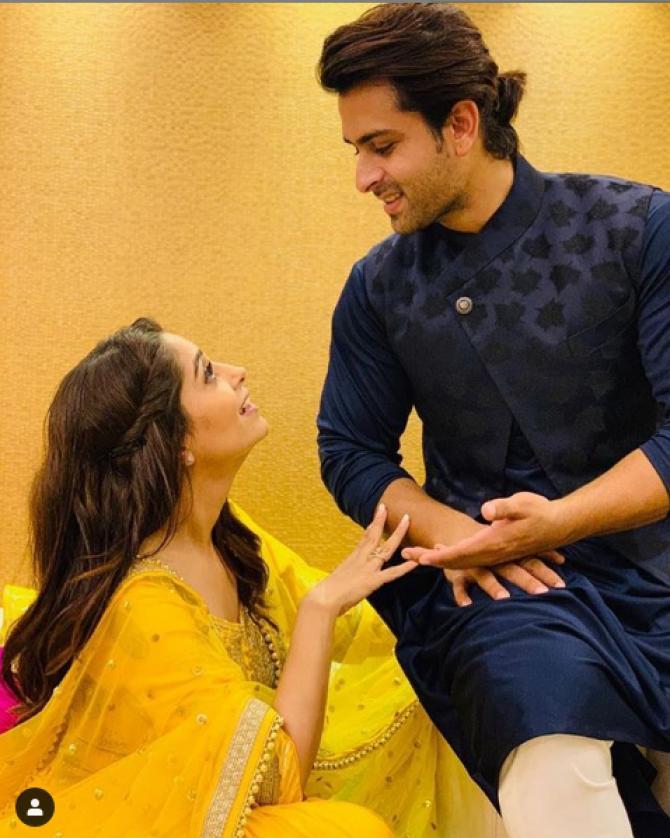 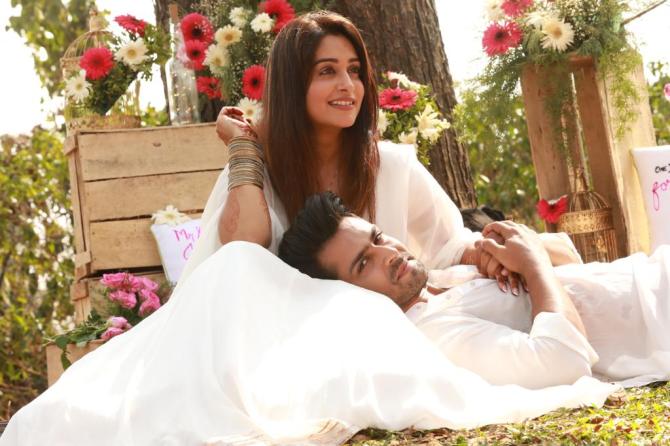 We love the sunkissed picture of Shoaib Ibrahim and Dipika Kakkar Ibrahim! What about you?