After posting mushy pictures with each other, Vishal Aditya Singh and Sana Makbul are rumoured to be dating. Now, the actor has reacted to the same.

Vishal Aditya Singh became a household name after his shows, Begusarai and Chandrakanta. His love story with his ex, Madhurima Tuli had become the talk of the town after they had participated in the show, Nach Baliye 9 and became 'The Kabir Singh' couple over there. Later, the two were seen in Bigg Boss 13, however, the reality show could not mend their broken relationship and only marked as the end of things between them.

Well, now, Vishal Aditya Singh is rumoured to be dating his Khatron Ke Khiladi 11 co-contestants, Sana Makbul and their cosy pictures have created quite a stir. Their chemistry had made their co-contestants tease them and now, their fans too think that they are dating. In a recent interview, Vishal reacted to the rumours. In a conversation with ETimes, Vishal Aditya shared that his friendship with Sana Makbul began on the sets of their show, Khatron Ke Khiladi 11 as they both are single. He said, "Most of the participants were either engaged or married. Sana and I are single, and so we bonded well. She is extremely nice to be with, and I enjoyed connecting with her." When questioned about his pictures with Sana that are going viral over the internet, Vishal shared that he doesn’t find anything wrong with them. Reacting to their dating rumours, he said, "But I would like to tell the world, duniya walon jalo mat, ek ladka aur ek ladki dost ho sakte hain. It does not necessarily have to be a romantic relationship." Talking about the pictures of Vishal and Sana that were going viral over the internet, it was in June 2021 that Vishal had shared some of their mushy pictures on his IG handle. In the pictures shared by Vishal, the two could be seen enjoying each other’s company and his caption had ignited the rumours of their relationship. He had written, "Aayat ki tarah @divasana." 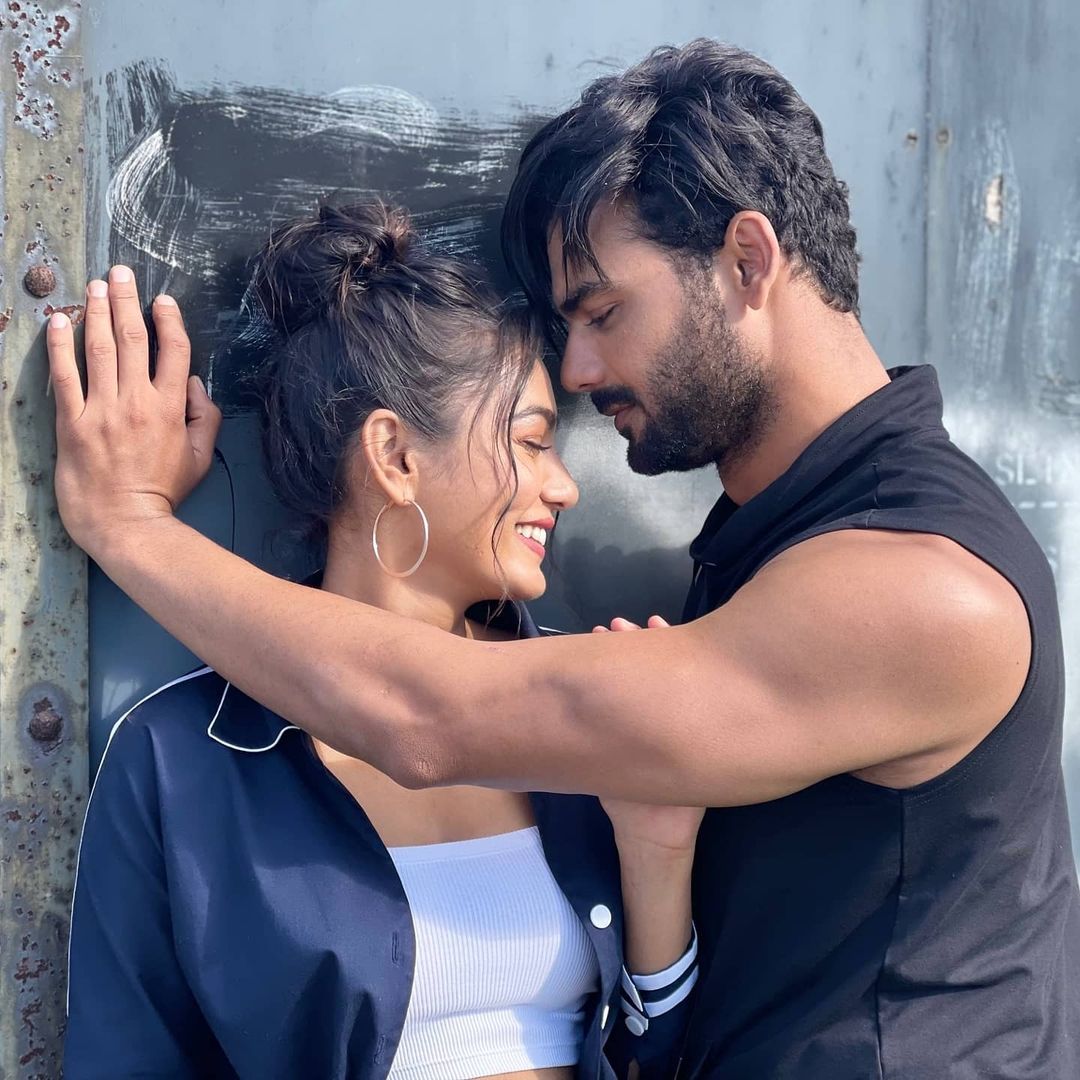 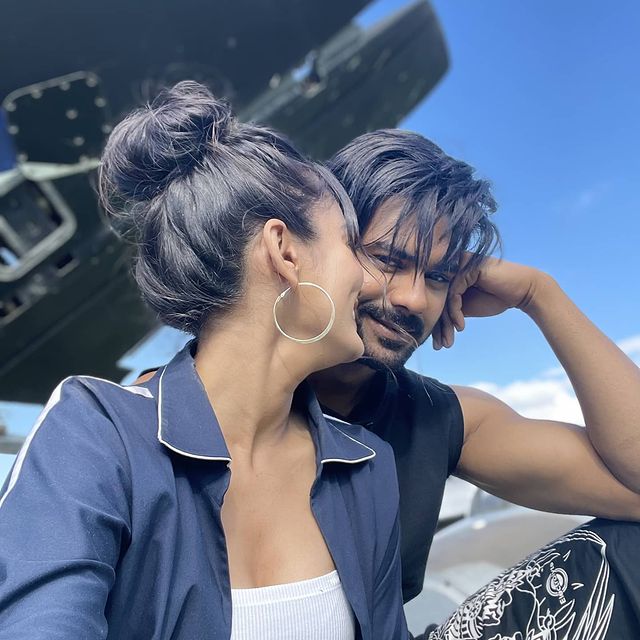 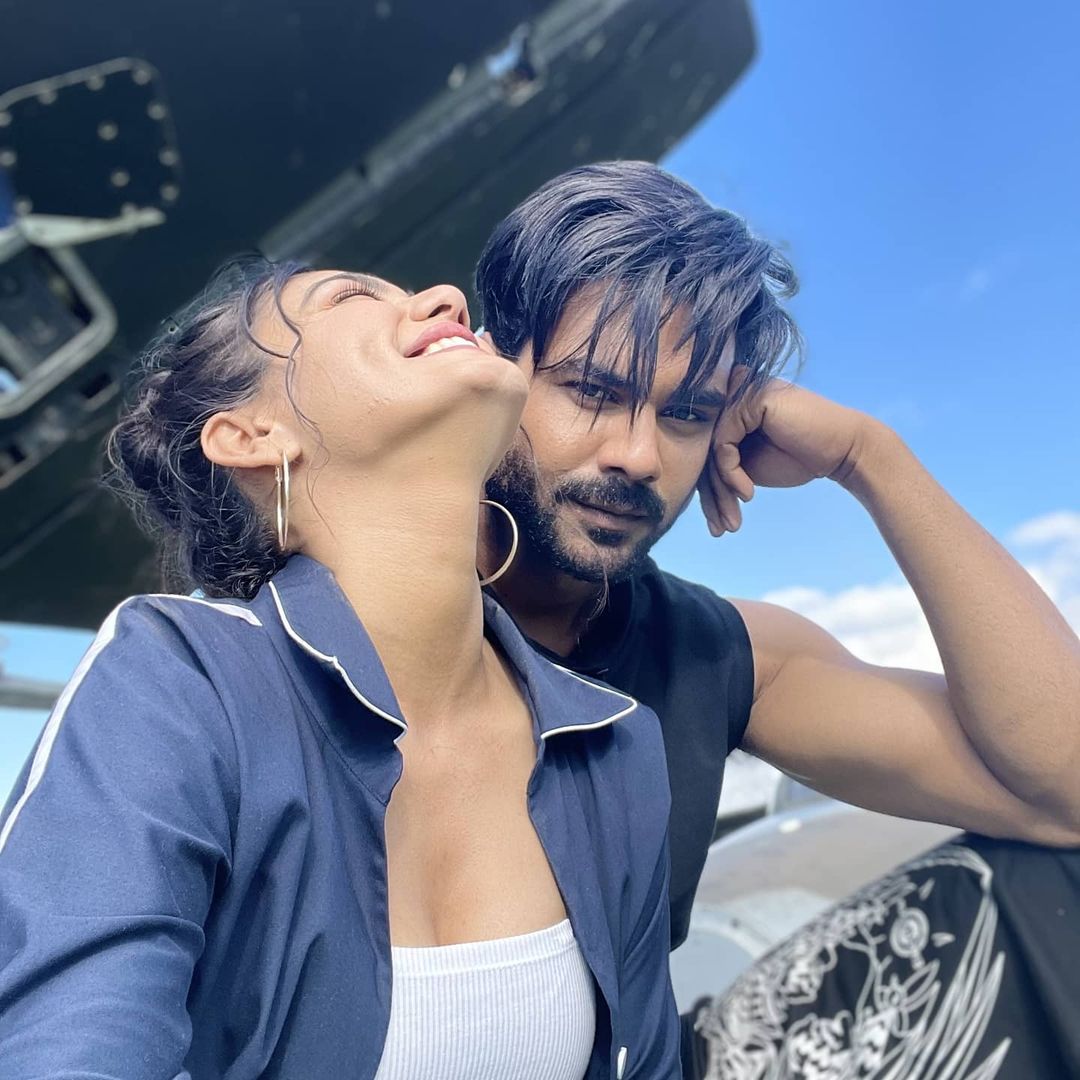 As soon as Vishal had posted the pictures, the comments from his Khatron Ke Khiladi 11 co-contestants, Nikki Tamboli, Abhinav Shukla and Arjun Bijlani had added fuel to the fire. While Nikki had written, “@divasana @vishalsingh713 Uffffff love is in the air,” Arjun had commented, “Shonaaaa babooooo." Sana Makbul had also commented, “Haayein" followed by a fire emoticon. Vishal had quickly replied, "Aaye haayein." 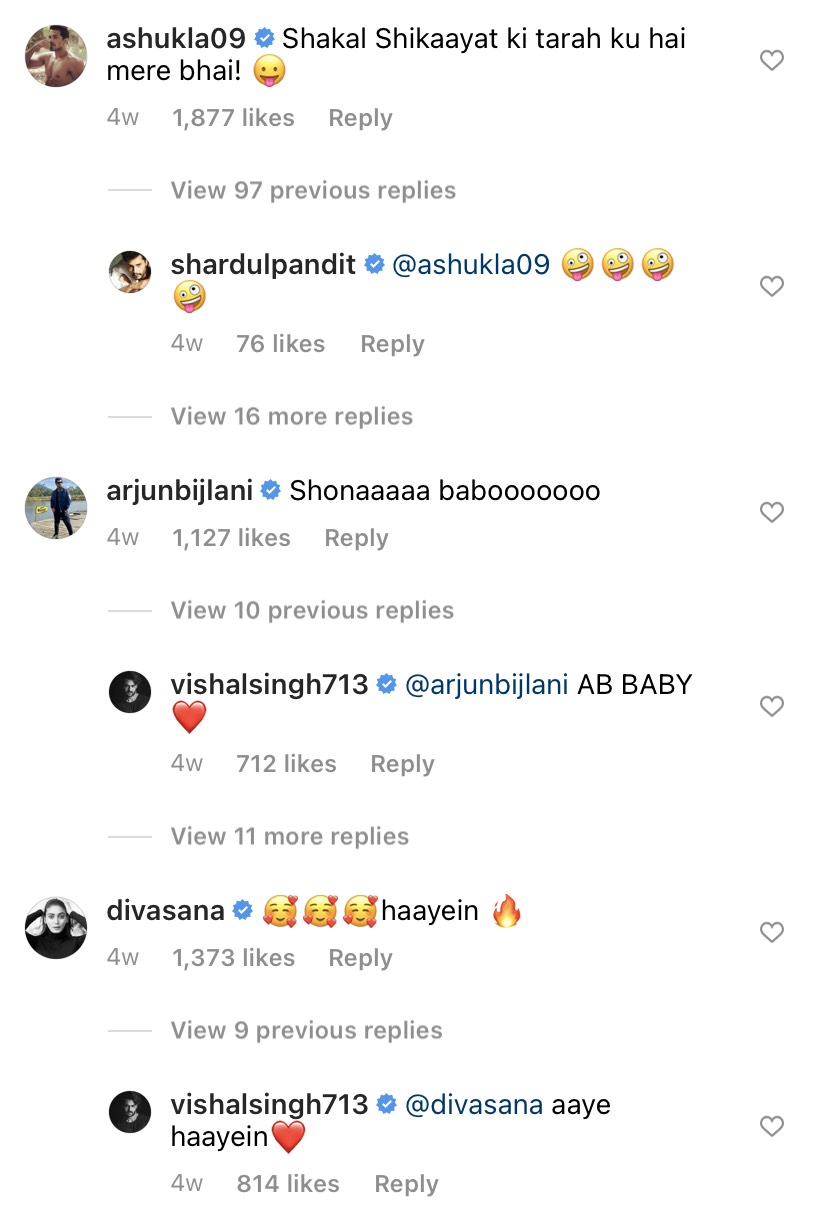 Vishal Aditya Singh had shared a friendly bond with his co-contestants on Khatron Ke Khiladi 11 and he was spotted with everyone. One of them was Shweta Tiwari and she had often posted glimpses from the sets of KKK11. Amongst them, she had shared a video of her ‘happy dance’ with her co-contestant, Vishal Aditya Singh on June 17, 2021. She had captioned the video as “Yes! Yes! This is Our Happy Dance. Sawaal ye Hai Ki “why are we happy?” Any Guesses.”

While a section of users had commented that they were dancing for being selected for the finale, there were few, who had trolled Shweta mercilessly, linking him with Vishal. One of the users had written, “Its third marriage hone wali h???” while another had commented, “Haan aur ek murga pakdaa gaya shaayad.” 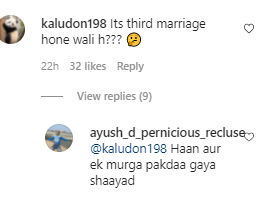 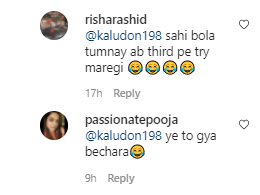 Well, Vishal Aditya Singh and Sana Makbul will be seen in Khatron Ke Khiladi 11, which will premiere on July 17, 2021!