The lovey-dovey couple, Virat Kohli and Anushka Sharma are enjoying their marital phase to the fullest. The lovebirds gave a pleasant surprise to all their fans when they secretly tied the knot on December 11, 2017, in Italy. Virushka’s (as their fans fondly call them) fans went gaga over their wedding pictures and were hooked up to their social media handles to get the updates. This union of two brands and pure souls has been giving some serious relationship goals all this while.

Both Virat and Anushka are at the pinnacle of their careers and leave no stone unturned to praise each other for their professional achievements. While some have many times targeted Anushka for distracting Virat on the field, there are a lot of their well-wishers who consider them to be each other’s lucky charm. (You May Also Like: Radhya Takhtani's Mirror Selfie With Mom Esha Deol And Mom's Mom, Hema Malini) 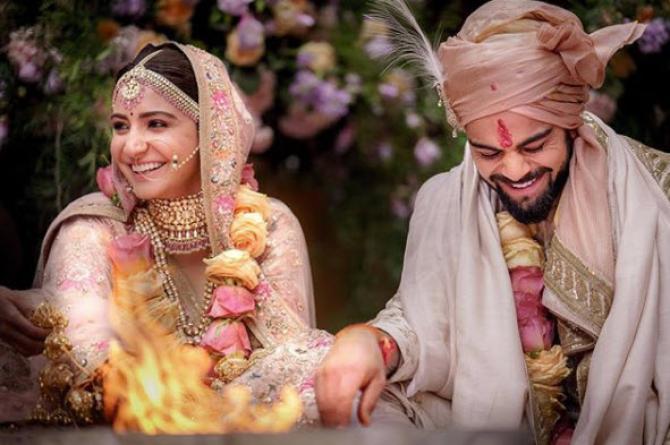 Just like that at the recent cricket match of Virat Kohli, fans made sure to make their ace cricketer happy and motivated. Well, to be more precise, when Virat was batting at the Brabourne Stadium during India versus West Indies match, the audience out there at the stadium started chanting Anushka’s name. With great love and joy, in a chorus, the people out there were shouting Anushka’s name and it was a complete delight. Topping it all was the reaction of doting hubby and dedicated player, Virat, who gave a thumbs up to the crowd. Here’s the video from the ground:

This is quite interesting, isn’t it? Virat and Anushka are only bagging more love with each passing day. For every feather in his cap, Virat has credited it to his lady luck Anushka. In fact, when he was awarded the Rajiv Gandhi Khel Ratna Award, he took to his official Instagram account and wrote, “The person that inspires me to push forward despite all obstacles. The person that guides me to do the right thing in life against all odds. The person that has changed me inside out and made me realise the power of true love. My strength. My soulmate.” (Checkout: Mira Rajput Kapoor Shares Misha Kapoor And Zain Kapoor's First Picture Playing Together) 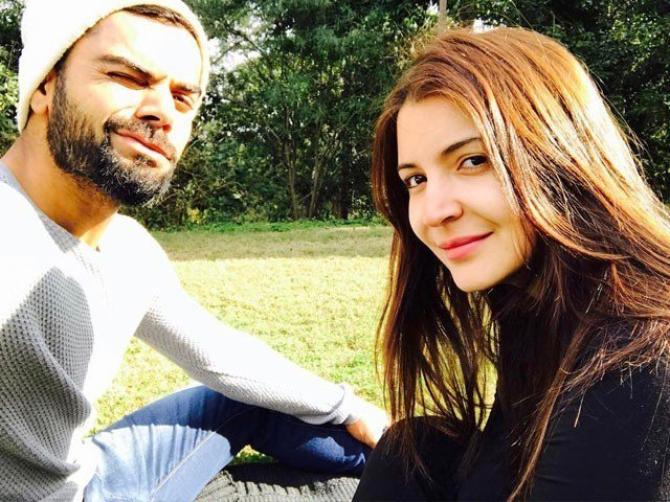 In a throwback interview with Star Sports, Virat declared Anushka as his lucky charm and remarked, “I was in Mohali and there was a Test series going on. I was with Anushka then, she had come to visit me. Surprisingly, when I became the Test captain then also she was in Melbourne with me. That was a very special moment we shared together.” (Suggested Read: Shoaib Malik Announce The Name Of 'Baby Mirza Malik', Sania And Shoaib's Son's Name Means Genius) 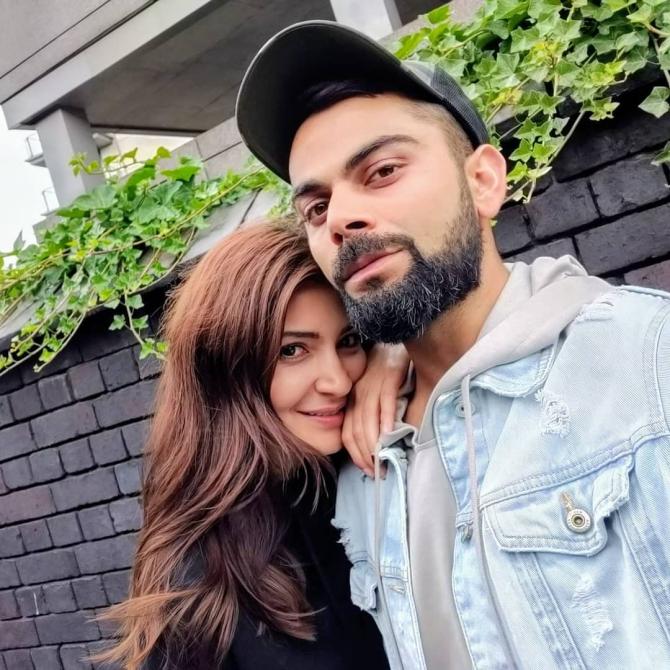 He further added, “During the Mohali Test, they had spoken to me already. When I hung up the phone and told her, for me it was like a flashback. From the moment I started playing in my academy until the Mohali game. I was emotional. I was in tears because I had never thought that I will see this day. What was more beautiful was that I was able to share it with Anushka. It is something that I will always remember.” On the other hand, lately speaking about Virat, Anushka gushed, “I am married to the greatest man in the world.” (Also Read: Ambanis-Piramals Make Official Announcement Of Isha Ambani-Anand Piramal's Wedding, Details Inside) Not just this, she further told, “We are both very awkward with the fame that we have we don’t embrace stardom and fame and that’s why, I think, we connect so much. We run away, sometimes, from these things. Sometimes, we find a need to be in our own cocoon. And that’s the reason why we are so self-sufficient. And when I see self, I mean both of us because we don’t see each other as two different people. He and I are male and female versions of each other”.

Virat and Anushka are truly a made for each other couple. We wish them an ocean full of happiness, a lifetime of togetherness and many more professional achievements. 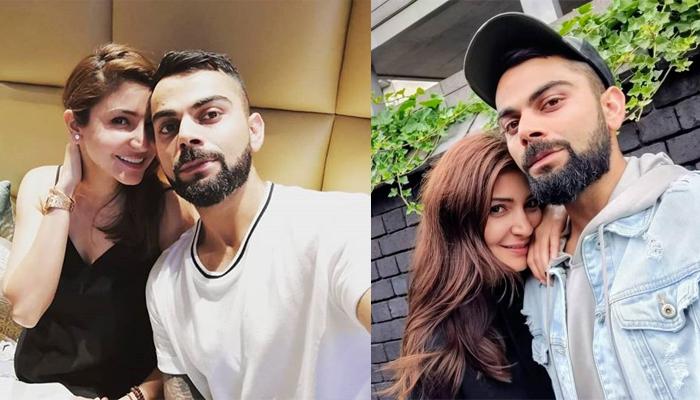 He is 29, she is 30. Both are extremely good looking and are at the pinnacle of their careers. The two readily enjoy a super-stardom, not only in India but abroad as well. Yes, we are talking about Indian cricket team captain, Virat Kohli and Sui Dhaaga actress, Anushka Sharma. Virat and